Te Papa is a landmark building in the heart of Wellington. It’s an engineering feat, rich with symbolism, and accessible to all.

Our building sits close to a major fault line on soft, reclaimed land – how do we keep our taonga

To stabilise the site, 30-tonne weights were dropped on the ground 50,000 times – much to the dismay of nearby residents! Shock absorbers made of rubber and lead allow the building to move in earthquakes – up to half a metre in any direction.

The museum’s north face overlooks the harbour. Its bluff-like walls embrace nature – the sea, hills, and sky. Here, on Level 4, sits Te Marae, named Rongomaraeroa. Rongomaraeroa welcomes visitors from New Zealand and around the world, and leads them on to Māori exhibition areas.

The museum’s south face greets the city with its vibrantly coloured panels. Its grid-like spaces reflect the patterns of European settlement.

A central wedge divides and unites Te Papa’s north and south faces – natural and urban, Māori and Pākehā. Here, the exhibition Treaty of Waitangi: Signs of a Nation, Level 4, explores the Treaty of Waitangi – the nation’s founding document.

Treaty of Waitangi: Signs of a Nation

Who owns the land Te Papa is on?

Our museum building sits on land owned by the Museum of New Zealand Te Papa Tongarewa. This comprises 2.3019 hectares. 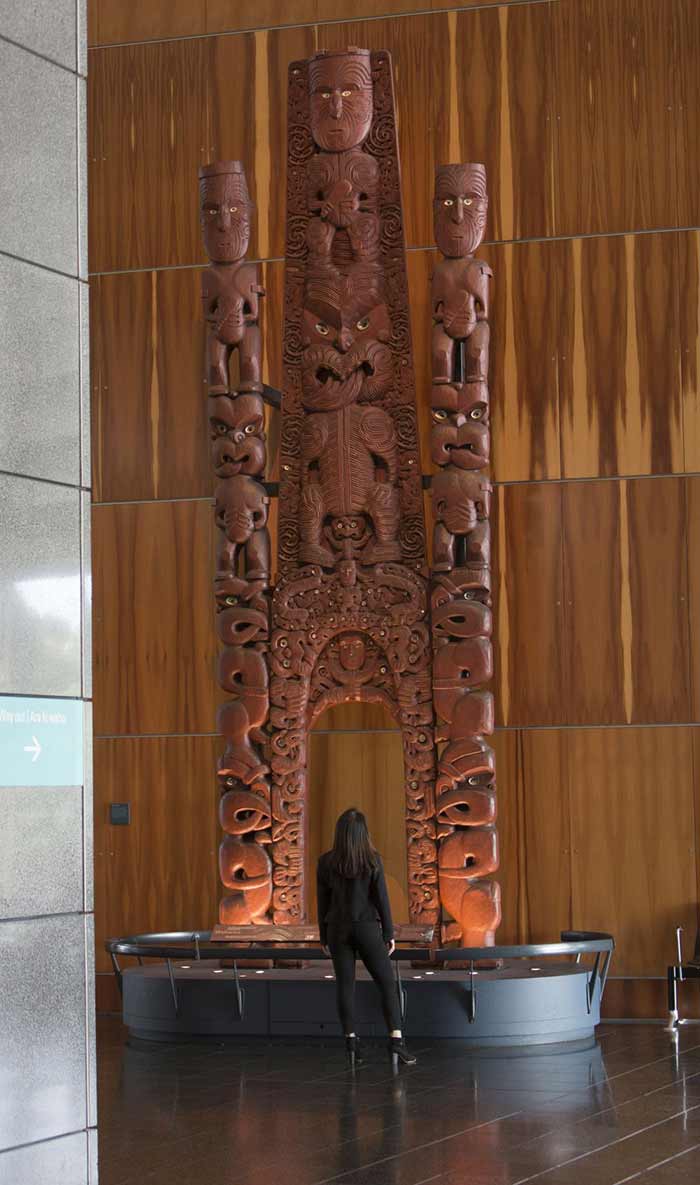 tangata whenuahome peopleMāori | noun to welcome them in. The waharoa marks the threshold of their relationship – the meeting of cultures.

Our waharoa honours the various peoples who have settled in New Zealand, including:

The spinning ball in our entrance is the oldest material in Te Papa as the rock it’s made from is 1.4 billion years old.

The ball is able to spin, even with pressure on it, because of a 0.2 millimetre layer of water between the ball and its base. Solenoid-controlled jets pulse the water to keep the ball moving when no one is pushing it. 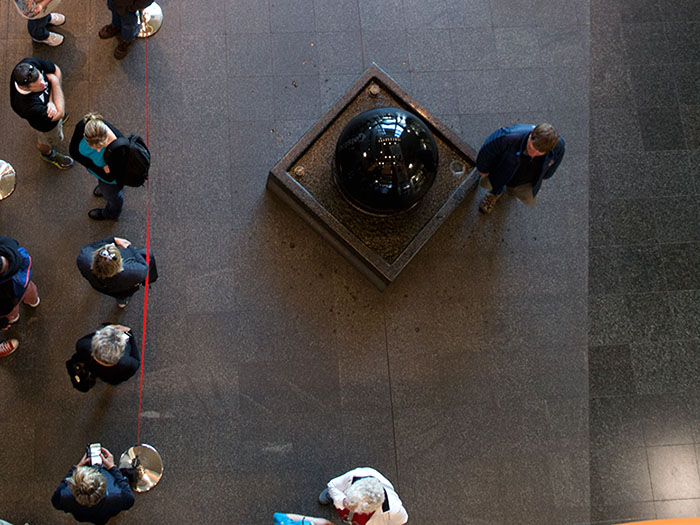 The three boulders outside the main entrance symbolise our commitment to New Zealand’s land and people. 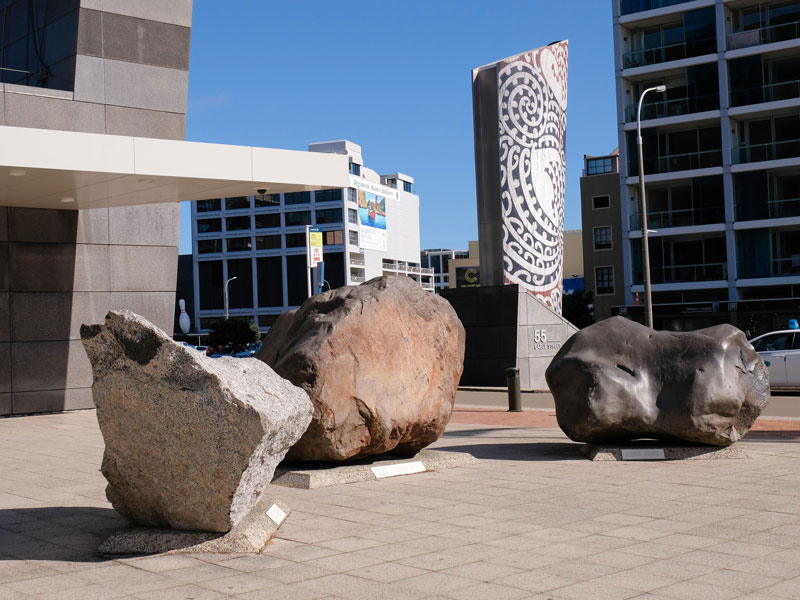 The Papatūānuku and tangata whenua boulders are andesite lava that erupted from Mt Taranaki about 75,000 years ago. They come from a lahar (a raging river of mud, snow, and ice that flows down a volcano) which made the rocks smooth.

The Tangata Tiriti boulder is Karamea granite, an igneous rockigneous rockformed from a molten state. The granite is about 350 million years old and comes from the Ōpārara River, north of Karamea. Granite represents solidity and permanence. Its various colours symbolise the diversity of Tangata Tiriti in New Zealand.