A definitive illustrated history of the graphic work of the railways studios. 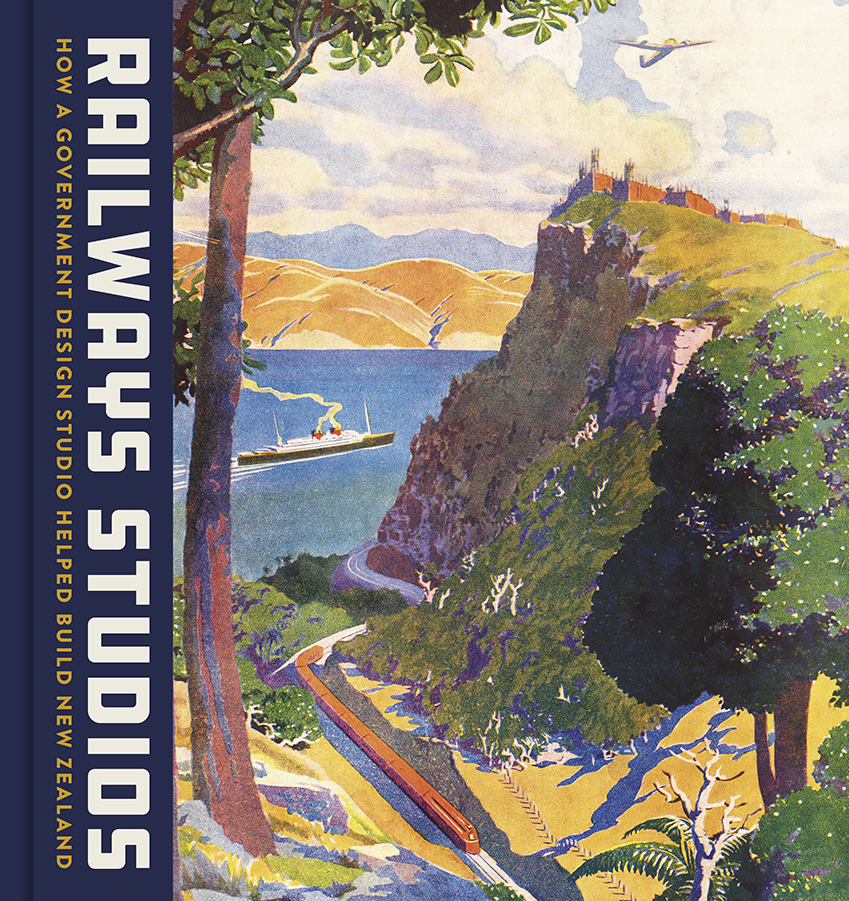 On the 100th anniversary of its creation, this book celebrates Railways Studios – the design studio of the New Zealand Railways – and its role in helping build and connect New Zealand. It’s a surprising story: a government agency that produced advertising for any-and-all clients, and dominated outdoor advertising for over 65 years (1920–1987).

The Studios’ advertisements ranged from posters to painted billboards and brochures, and they decorated every city and town, creating a gallery of the street.

Whatever the promotion – from rail travel and tourism to enlistment in the army, clothing and health promotion – the Studios played a role. Thousands of its designs influenced public attitudes, shaping how New Zealanders saw themselves.

This definitive history of railways advertising is a time capsule of New Zealand life and examines the art of Railways Studios, detailing its formative place in New Zealand design and art history.

Peter Alsop is a senior executive who has worked across the public and private sectors. He is a keen collector of New Zealand art, with particular interests in tourism publicity, hand-coloured photography and mid-century New Zealand landscape paintings. He is the author and co-author of nine previous books, including Promoting Prosperity, Hand-Coloured New Zealand and Scenic Playground.

Neill Atkinson is Chief Historian/Manager of Heritage Content at Manatū Taonga – Ministry for Culture and Heritage, where he is responsible for the Ministry’s history and reference websites: Te Ara – Encyclopedia of NZ, Dictionary of NZ Biography, Te Tai Treaty Settlement Stories, 28th Māori Battalion and NZ History. He is the author of six books and a number of articles and chapters, mostly on New Zealand political and transport history, including Crew Culture: New Zealand Seafarers under Sail and Steam (Te Papa Press, 2001) and Trainland: How Railways Made New Zealand (Random House, 2007).

Katherine Milburn is the ephemera collection curator at the Hocken Library, Dunedin, and has extensive knowledge of the Railways Studios’ output.

Richard Wolfe is an art, design and cultural historian who has a PhD in Art History from the University of Auckland and a BFA from the Elam School of Fine Arts. He was Curator of Display at Auckland War Memorial Museum from 1977 to 1997, and has written or co-authored around 40 books covering aspects of New Zealand art, history and popular culture. He has contributed over 50 articles to the quarterly Art New Zealand, as well as articles to other journals, and has curated or supported the development of multiple art exhibitions.