Athol McCredie: biography and 10 questions about The New Photography 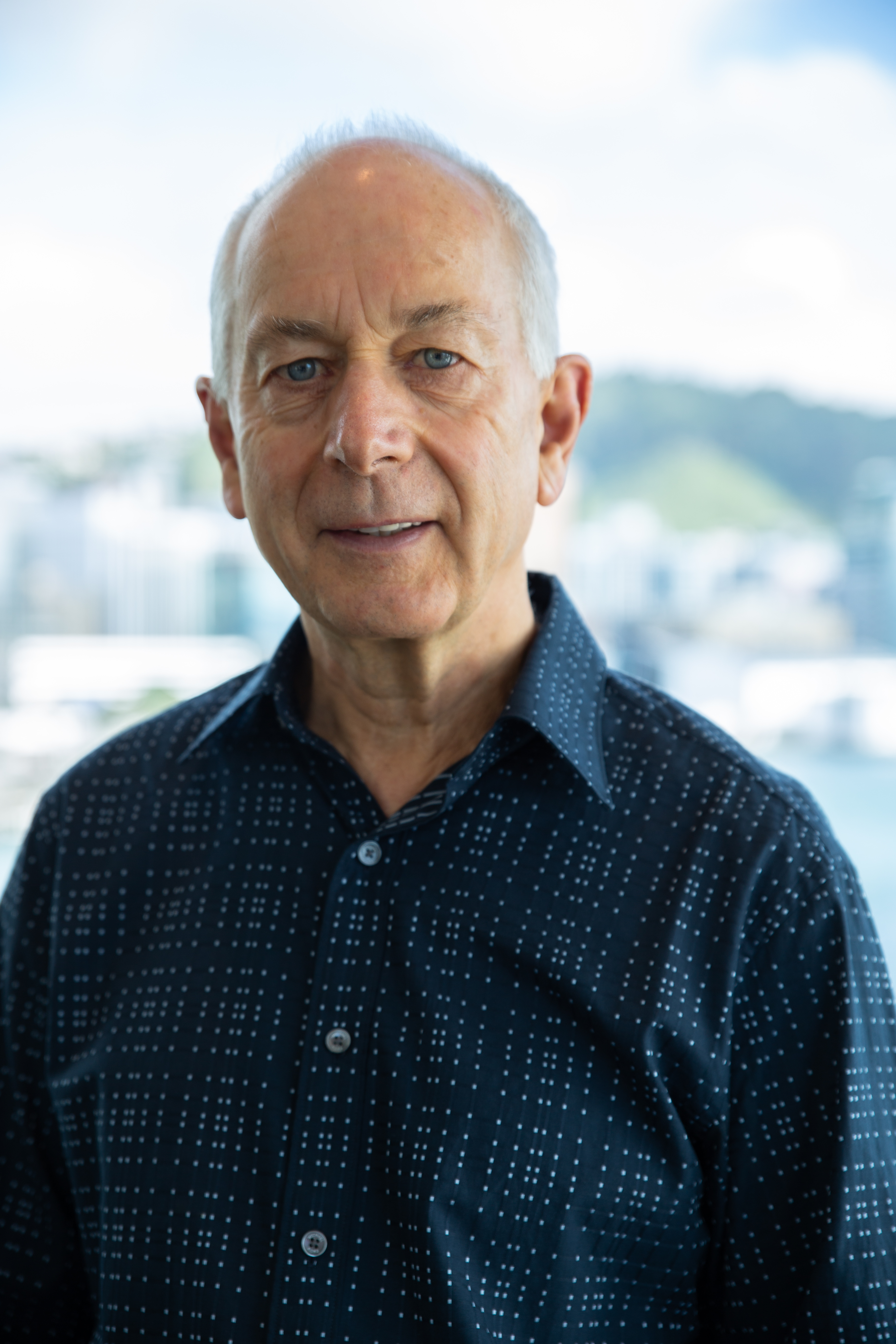 Athol McCredie is Curator Photography at Te Papa, where he has worked since 2001. Prior to that he was curator and acting director at Manawatu Art Gallery (now Te Manawa), and he has been involved with photography as an author, researcher, curator and photographer since the 1970s. His most recent book is New Zealand Photography Collected (Te Papa Press) which was shortlisted for the 2016 Ockham New Zealand Book Awards.

This is a book you’ve been wanting to write for quite some time. How so?

I think we are all interested in the era in which we grew up, both because it was formative, but also because we don’t remember sufficiently well. I certainly am. I want to better understand the New Zealand photography I first saw as I became interested in the medium when I was about twenty. I had only a dim appreciation of it at the time, but it has nevertheless stuck in my mind. So that’s the personal reason.

I am also interested in understanding and setting down on record the story of photography in this country. I did the book on Brian Brake in 2010, and while Brake was New Zealand’s most celebrated photographer from the 1960s to the 1980s, I was acutely aware in working on that book that there was a less known, underground almost, photography that ultimately had more lasting impact and which spawned a whole movement in New Zealand photography.

The title is The New Photography. What, at the time, made it ‘new’?

It was personal, above all. It was personal in that it wasn’t made for a mass audience, like photojournalism, nor for an employer, or to win a prize in a camera club competition. But neither was it quite as personal as a family snapshot, to be shared with only an intimate circle and to record a family event. It was outward facing, recording a mostly public world, but driven from within. And if it depicted close friends or family it was in a way that was more universal than particular to those people. This was a significant departure from most photography that had gone before.

Some of it sprang from the counter culture but it wasn’t just that, was it?

Photojournalism was a major source. This was really big in the 1950s and into the 1960s and most of the photographers recall poring over issues of Life magazine early in their careers. But photojournalism was losing its way in the 1960s in the face of television. What I think the counter culture offered was the idea of self-expression and ‘doing your own thing’. So the photographic techniques of photojournalism could be decommercialised and repurposed away from the mass market to more personal ends. And on top of that the photographers gradually became aware of a tradition of overseas creative photography as books and exhibitions began to enter the country in greater numbers from around 1970.

You capture a world in which photography, and being a photographer, seemed to matter so much. There was such energy around publishing, there was a photographers’ organisation, galleries … That energy seems to have dissipated. Or did something more enduring replace it?

I have always felt that the movement became a victim of its own success. By the 1980s and certainly the 1990s, the art world was taking notice and certain photographers were being shown in dealer galleries, being awarded arts council grants, and so forth. Such individual success weakened the sense of community amongst photographers and undermined their common cause. People were less willing to get out of bed to organise workshops, exhibition venues or magazine issues on a voluntary basis.

And whatever benefits of art-world acceptance were gained there were also losses. In particular, art market capture inevitably reduced the range of work seen. I think photography has become more institutionalised. It’s a bit like the life cycle of organisations where you begin with energetic, innovative start-ups and end up with lumbering corporations. These are more enduring, to be sure, but there is a narrowing of possibilities.

It doesn’t seem to have been a women’s world. Why do you think that was?

I can only speculate, but I think that the sort of photography we are often looking at here, where you wander the streets alone, or stand as an observer outside of relationships, interested few women (and this continues to a degree). Also, before the rise of the women’s movement in the 1970s (when many women did pick up photography) gender roles were such that women in the 1960s didn’t generally have the same freedom of time and money as men. Other reasons are maybe because women weren’t expected to get involved with technical, mechanical things, which included photography. And that there were few female role models.

You hint in your concluding remarks that there was a specific quality to the New Zealand photography of this era that set it apart from the images being made overseas. Can you put your finger on that?

Well, they don’t often have the in-your-face, gritty quality of William Klein’s 1950s images of New York City, or Don McCullin’s grim photos of down and outers in London in the 1960s. Nor are they as disaffected as Robert Frank’s view of the USA or as disturbing as Diane Arbus’s work. They seem gentler, more affectionate, bemused, wry. There is a sense of alienation or loneliness in quite a few of them but that’s as far as negative emotions go. I think it simply reflected New Zealand at the time. It was a fairly relaxed place. If you were on the bohemian edge of things, as some of the photographers were, you probably wore jandals, or at best, sandals, when you went out. That’s not New York or London.

Many images capture a New Zealand that was passing, would you agree?

Sure, greasy spoon cafes, post offices everywhere, bikers without helmets, fur coats, department store lift attendants, portraits of the Queen in public places, traffic cops, mods and rockers, short back-and-sides older men and long-haired younger ones, deserted weekend streets, canvas tents, and grubby inner cities. It was a pivot time, when a generation who had lived through the Depression and WWII were giving way to those who were better educated and were questioning the values of their parents. The diversity that we see today, both of different cultures but also within Pākehā culture, was only just emerging.

What’s one new thing you discovered while researching for this book?

Like many, I didn’t know much about Len Wesney. I was surprised to find out that he had been published in significant international magazines, like Creative Camera, and had met key British photographers Bill Brandt and Tony Ray-Jones. You can see the influence of these two on his work, particularly the surreal juxtapositions that so often also appear in photographs by Ray-Jones.

An invidious question, we know, but is there one image that has always lingered in your mind?

Many of the images have stayed in my mind over the years. So in answer to the first question about why I wanted to do the book, maybe another answer is that there were a whole lot of images by these photographers that were piling up and I wanted to share them with people.

If I had to pick one, perhaps it is Richard Collins’ tent on Great Barrier Island. I remember Peter Peryer saying at a workshop I attended in the late 1970s that it was one of his favourite New Zealand images. That was enough for me to bookmark it mentally and look at it more closely in later years. Peryer tended to make objects look animate in his photographs and perhaps it was the way that the wind makes the billowing tent look as though it is breathing that attracted him. Or his interest in figure-ground effects and ambiguities of scale – it’s all there.

You are a photographer yourself. Are there images you’d have been pleased to have captured?

Of course! I would have been more than pleased to have taken any of them. What stopped me? What stopped anyone? I don’t know, but it wasn’t for lack of trying on my part. Some people just find their voice somehow. I think it is something about having the confidence to be open to your experience and to yourself.