Bronwyn Labrum: biography and 10 questions about Women Now: The Legacy of Female Suffrage 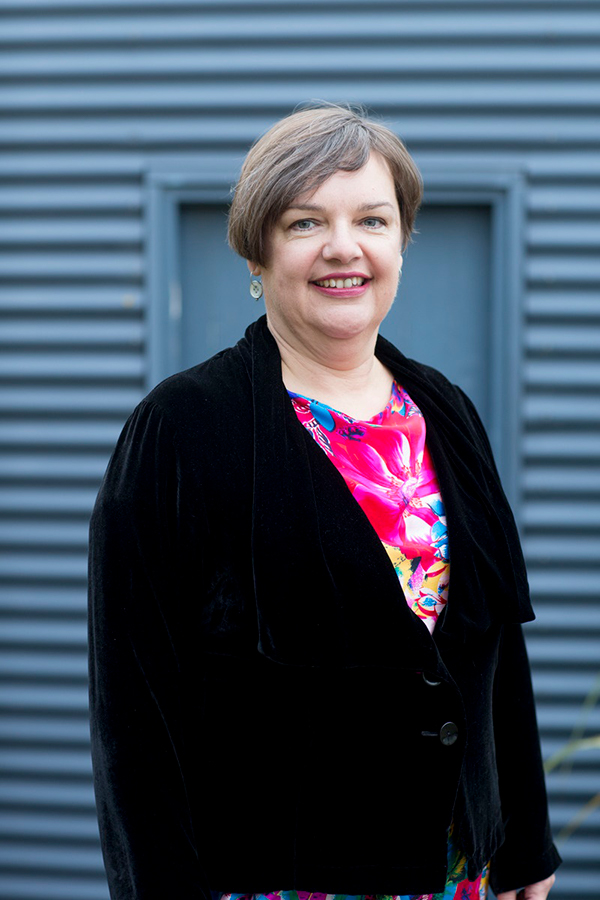 Dr Bronwyn Labrum is the Head of New Zealand and Pacific Cultures at the Museum of New Zealand Te Papa Tongarewa. She is the author of Women’s History: Researching and Writing Women’s History in New Zealand (BWB, 1993); and co-editor of Fragments: New Zealand Social and Cultural History (AUP, 2000); and Looking Flash: Clothing in Aotearoa New Zealand (AUP, 2007) and the best-selling Real Modern: Everyday New Zealand in the 1950s and 1960s (Te Papa Press), which was short-listed for the 2016 Ockham New Zealand Book Awards. She has also published articles and chapters both nationally and internationally on the history of women; asylums and mental health; the history of welfare services; and material culture and museums, contributing to significant edited collections and reference works in these areas. She blogs at MATTER (bronwynlabrum@wordpress.com).

Close to the eve of publication, what pleases you most about Women Now?

There are lots of things that please me about this book. I am enormously proud of it. I had a vision for it and I was able to realise it! I am so pleased that really busy, important authors with something to say said yes and wrote such terrific essays. I am really pleased that they responded to objects chosen for them from Te Papa’s collections. That shows that what we are collecting really resonates with people from all sorts of interests and perspectives. I am really pleased that we managed to go a little beyond the white, middle class view on suffrage and women’s rights, although not far enough. And I am really pleased that this is the first book in Te Papa’s important new series ‘Thinking About’. For a small book I think it carries a lot within it.

What do you hope the book’s impact will be?

I hope that readers will learn what women have achieved, often against considerable odds, since gaining the vote in 1893. They will also learn how much there is still to do. It would also be great to know that such interesting and important writers have a new platform to say new things. Some of them are well-known and others aren’t, so in a sense this book is widening the conversation. I also hope that it is a springboard for more thinking, writing, collecting and action. This is a small taste of what’s possible and I hope it will galvanise readers into taking responsibility for taking the kaupapa further.

How did you come up with the 12 objects and 12 essays format?

This was a discussion with Nicola Legat, Te Papa Press’s publisher. It’s like a collected essays format, but with a visual, tangible anchor. We wanted to showcase the collections but bring the literary and material modes and audiences together. This format created a discipline and structure. We also wanted to produce something modestly priced, yet beautiful and enticing.

How then did you go about matching the objects to the essayists?

This was a very pleasurable task. Some authors I know well so that was easy – a combination of interest, expertise and having something to say. For others I looked at their track record of writing and speaking and found something that fitted like a glove, I’m happy to say. A couple queried my suggestions and we compromised. It was a process and that is all part of what makes a good book.

Some of the writers are men. Why?

I didn’t want this to be a book that only women read or supported. As I write in the introduction, men need to take responsibility for working towards gender equality. The lovely variety in the book takes on an added twist with men’s views.

When the essays came back, did they surprise you?

Only in that they were so good! I provided a very light brief so that the authors had lots of room to move. So I did wonder what they would come up with. But that was part of the plan – lots of different voices, showing diversity as well as common issues and concerns. I am delighted with the results.

You must know these objects well given they are in Te Papa’s collection. But were there some on which a new light was shone by the writers?

All the essays revealed something new for me. That’s what so great about them. The way, for example, Megan Whelan starts with art and ends up with statues, or that Grace Taylor questions the purpose of the pussy hat. Similarly, the trans-Tasman context of our ten dollar note is wonderfully excavated by Charlotte Macdonald. You will have to read the rest to see what I mean!

Working on the book – a pleasure?

Undoubtedly. The format and willingness and skill of the authors made it a breeze compared with some much larger and more complex books I have done previously.

Are there more books planned in this Te Papa ‘Thinking About’ series?

Yes, we have three more planned in the next few years. We will be producing one for the Tuia Encounters 250 commemoration next year, with the working title ‘Putting Cook in Perspective: 250 years of encounters’, then books focussed on the New Zealand Wars and Matariki. I hope the series will continue for some time as there are many important national occasions to investigate.

What are you reading right now?

It’s my privilege at the moment to be evaluating several manuscripts for publication. There is some terrific New Zealand history publishing waiting in the wings. Because of my busy day job I read mostly online: I am really enjoying The Spinoff and other long-form journalism which seems to be going from strength to strength at the moment.