Janet Davidson: biography and 10 questions about The Cook Voyages Encounters 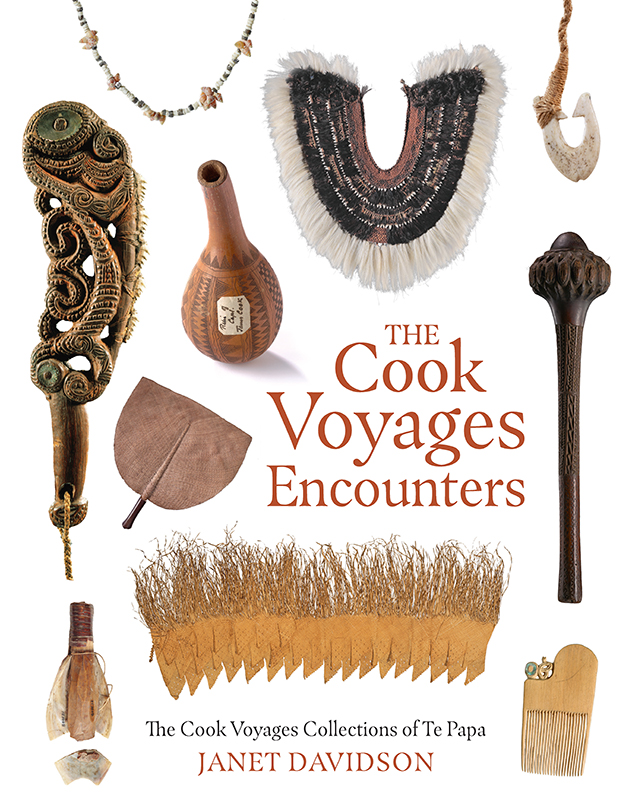 Janet Davidson ONZM is an eminent archaeologist who had a long career first at the Dominion Museum and then at Te Papa. A graduate of the University of Auckland, in 1965 she was the E. Earle Vaile Archaeologist at the Auckland Institute and Museum, an honorary lecturer at University of Otago and later Senior Curator, Pacific, at the Museum of New Zealand Te Papa Tongarewa. She is now an Honorary Research Associate at Te Papa. Janet’s career combined active and often pioneering fieldwork across the Pacific with an imaginative approach to museum research and display that attracted young scholars. She has published extensively on the prehistory of New Zealand and the Pacific Islands. She edited the New Zealand Journal of Archaeology from 1985–2008. She was also a major contributor to the Journal of the Polynesian Society. In 2007, a major archaeology publication, Vastly Ingenious: The Archaeology of Pacific Material Culture – in honour of Janet M. Davidson was published in her honour.

Remembering back to your first employment with the former National Museum, do you remember your first encounter with the collection objects dating back to Cook’s three voyages?

I was so fortunate to be offered a holiday job at the then Dominion Museum by Director Robert Falla in the summer of 1958–59. I was already familiar with the collections on display – I had been a regular visitor to the museum during my childhood – and I think the Hawaiian feather cloak and helmet were always a big attraction. During that summer I met collector Ken Webster, when he came to donate his Māori collection. He was a bit of a womaniser and then Assistant Ethnologist Susan Davis claimed he chased her round the Māori storeroom.

Who introduced them to you?

Former ethnologist Betty McFadgen, who did some very important pioneering work on these collections.

At what point did you start making yourself more familiar with them?

When I was employed at the Museum in 1996, in the run-up to the opening of Te Papa, as Curator of the Pacific collections.

What do you find the most interesting about them?

That’s a hard question! The fact that their journeys have been so varied, from the Pacific to Europe and back again, and that they range from a tiny insignificant scrap of plaited plant fibre, to objects of great beauty and mana.

Over time some of the objects thought to be related to the voyages have been shown not to be. How difficult is establishing exact provenance, and is this why you have not included certain objects?

Over the years very high standards of scholarship have been applied in Britain and parts of Europe to verifying or rejecting claims of being ‘collected by Captain Cook’, or of course other people on the voyages.

Some are absolutely spot on. In the case of the ahuʻula or Hawaiian feather cloak and the Hawaiian kahili or ceremonial fly whisk, collected by David Samwell, the exact moment of acquisition is described in the journals at the time. I have included a few ‘also rans’ for which a plausible case can be made, but I have indicated where it is not proven.

What was your main impetus for wanting to bring them together in book?

It is something I have always wanted to do. I actually started back in the 1990s, but the project was delayed. I hope (and believe) that it is a much better book now than it would have been then. There has been so much more published on the Cook voyages collections around the world.

And of course it’s very significant to be publishing the book in the same month that Aotearoa New Zealand is marking James Cook’s arrival at Turanganui-a-kiwa isn’t it?

I think it is very appropriate, but I don’t want to go overboard about it!

These treasures from the Pacific and the Americas and taonga Māori all have a mauri about them, do you feel?

There are items of great beauty, items of great mana, and some pretty mundane things among them, all reflecting aspects of the cultures they were part of.

Well, I regard them as taonga from the past that reflect aspects of the first meetings and the interactions of widely different cultures.

Is there one that has always especially interested you?

Right now I might pick on the so-called pae hamuti, because we really do not know what they were for! But there are so many beautifully made objects, from tiny fishhooks and elaborate wood carvings to fine textiles that it is very hard to have a favourite.