Lizzie Bisley is Curator Modern Art at Te Papa. She studied at Victoria University of Wellington and the Royal College of Art, London, before working as a curator at London’s Victoria and Albert Museum. While at the V&A she curated a number of major exhibitions on modernism and twentieth century design. Her research is focussed on histories of modernity, and she is interested in the close relationships between art, design and architecture in the twentieth century. 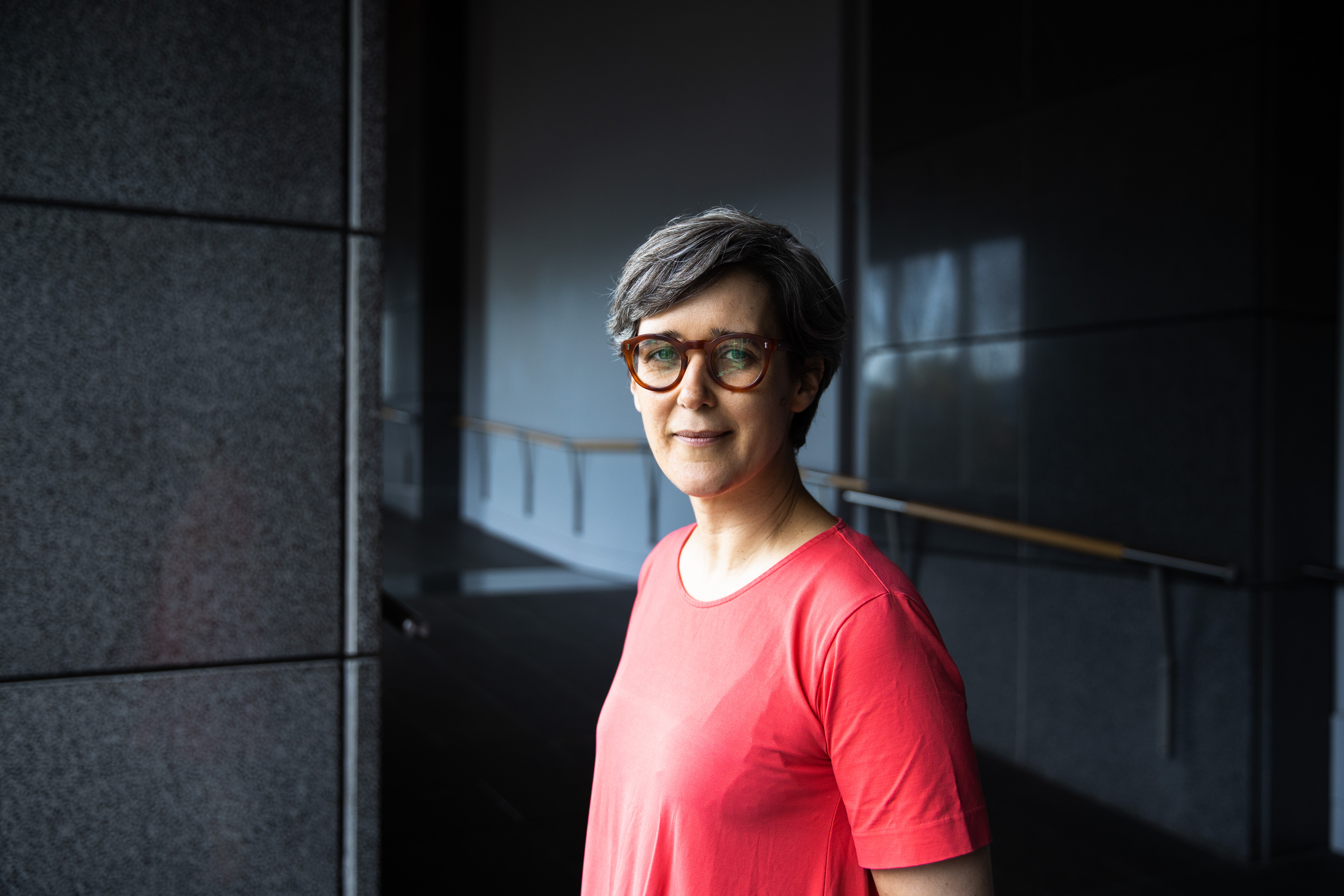 This small but mighty book bursts with the great works of Rita Angus’s career. How familiar were you with her before you took on the task of mounting the show at Te Papa and bringing the catalogue together?

I’ve always known and loved Rita Angus’s paintings, but hadn’t done a deep dive into her work before starting in on this exhibition. One of the things that I absolutely love about Rita is her huge courage and determination about being an artist – above all things, she believed in the importance and power of her work, and that is a wonderfully exciting and energising thing.

What have you learned about Angus in the past year?

I have learned a huge amount about how Angus worked as a painter, and I became particularly fascinated by her use of colour. Angus saw colour as a powerful way of communicating – almost a language – that connected her work to other people, and to other artforms like music. Her paintings vibrate with magnificent, bold colour, and this is one of the things that makes them so striking and powerful.

How does Jill Trevelyan’s important essay help us come to understand and appreciate her?

Jill Trevelyan has done an incredible amount of research into Rita Angus. Her wonderful essay puts Rita’s painting, her life and her attitudes to her work very richly into the context of twentieth-century Aotearoa. Through Jill’s writing, we can understand a huge amount about Rita Angus’s courage, determination and vision as an artist.

Adrian Locke’s essay is revelatory, would you agree?

With Adrian Locke’s essay we see Rita Angus, for the first time, in relation to other international women painters. It is thrilling to understand Angus’s practice in the context of her international contemporaries, thinking of her not just as a local artist but also as part of a much larger history of modernism. Locke’s essay shows her great significance and interest beyond our shores. It is an important reframing of one of New Zealand’s best-known painters.

Her life was difficult, and at times such a struggle. Would society have looked after her better today do you think?

I hope that society would look after Rita Angus better today. She was a committed feminist, who lived an unconventional life for a woman of her time – including being divorced, and conceiving a child outside of marriage. She would have a lot more freedom from social conservatism today, and hopefully also more support for her practice as an artist. In the 1930s and 1940s there was very little infrastructure in New Zealand to support artists financially, so it took huge dedication for Rita to remain solely committed to being a painter.

It was a genius idea to invite guest essayists to write their responses to key works for this book. What struck you about some of those?

One of the things that has been brilliant about the guest essays is seeing Rita Angus’s importance and influence on subsequent generations of artists. I particularly loved reading Robin White’s piece, where she talks about the place that Rita had for her as an example of a successful woman artist. Ani O’Neill also writes beautifully about her time living in Rita Angus’s Wellington house, as the Rita Angus resident, and the influence that place and its garden had on her practice.

The big Rita Angus show opens at Te Papa in December. Do you expect audiences to be delighted?

The exhibition will be stunning. It’s 75 works in oil and watercolour, which cover the full forty years of Angus’s practice as an artist. I think visitors will be amazed to see works that they know and love, like Cass, but also delighted by some of the lesser known paintings. I have been particularly captivated by the magic and beauty of her watercolours of the natural world – including exquisite, detailed paintings of flowers, insects and trees.

The subtitle is ‘New Zealand Modernist’. Can you explain what that means?

Rita Angus was a very contemporary artist, who pushed the boundaries a lot in her painting. Although we are now so familiar with many of her works, they were truly cutting-edge when she painted them. They speak to the new ideas about art – for a modern age – that were circulating around the world in the first half of the twentieth-century.

Will her mana continue to build in coming years do you think?

Rita Angus’s work feels more and more relevant every time I go back to it. She was a fiercely devoted pacifist, and a feminist, who was also deeply attuned to the cycles and life of the natural world. All of those ideas, which are so imaginatively captured and expressed through her work, will ensure her ongoing importance over the coming years.

So hard to say! But possibly her 1933 painting The Aviatrix. It’s a portrait of Angus’s sister Edna, who was the first woman pilot in the East Coast Aero Club. Angus has painted Edna in her flying clothes, and it’s a remarkably powerful, direct portrait – the Aviatrix looks straight out at us, full of self-possession and cool. I love it because it feels fresh and contemporary, even seventy years after it was painted. But it also speaks to the wonderful new possibilities and freedoms that could exist for women at the start of the twentieth-century: the excitement of being a pilot, and the huge break in convention that this would have represented.