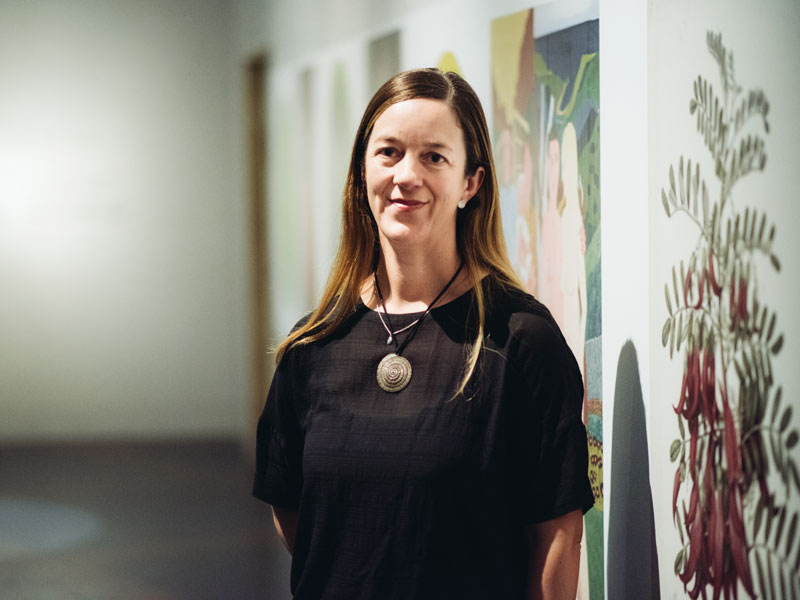 Dr Rebecca Rice is the Curator of New Zealand Historical Art at Te Papa. Her research includes New Zealand’s representation at international exhibitions, particularly through the displays of fine art, photography and ethnographic artefacts, as well as how artists used these exhibitions to promote their own practice. She is also researching the art produced during the New Zealand Wars of the nineteenth century, and the impact of impressionism on New Zealand artists at home and abroad.

Close to the eve of publication, what pleases you most about your new book, Terracotta Warriors: Guardians of Immortality?

I love the fact that all the exquisite treasures that will be showcased in the exhibition are illustrated in the catalogue. Not all catalogues do this, but it means the publication is not only beautiful, but also serves as an important record of the exhibition. Also, as an art historian, pictures are crucial, and the lengths to which everyone went to in order to make sure every object looks its best is incredibly satisfying.

Being able to publish a book and open a major exhibition in the same week must feel like quite an achievement.

Yes, it is quite an achievement and something I feel very proud of. But neither would have come to fruition without the wonderful teams we have here at Te Papa, both the Te Papa Press team and the exhibition team. It really does take a village…

Bringing these ancient treasures to New Zealand is a very big deal indeed. How long has the exhibition been in the planning?

The exhibition itself has been nearly two years in the planning, but it’s capitalised on decades of nurturing and building relationships with our colleagues in Xi’an. This dates back to the 1980s, following the first visit of the Terracotta Warriors to New Zealand, and more recently, when Te Papa toured Kura Pounamu to Shaanxi History Museum in 2014.

You went up to China during the early stages. Tell us a little about the experience of working with the staff of the Shaanxi Museum to select the objects that would be coming to Wellington and then going on to Melbourne.

Well it was quite different from my experiences backpacking around China, that’s for sure! What people are perhaps not so aware of, is that the exhibition draws on the collections of nearly 20 museums in Shaanxi Province. So as well as the famous figures from the Terracotta Army (of which only ten are allowed to be part of any touring show), the exhibition features over 160 remarkable treasures from imperial tombs in and around China’s ancient capital, Xi’an. So in May 2017, Charlotte Davy, Head of Art, and myself, were escorted around many small museums in Shaanxi, viewing bronzes, jades, ceramics, architectural fragments and exquisite gold treasures. We then sent back a ‘wishlist’ of objects, which was then negotiated backward and forward for several months until the final list was settled upon.

There must have been some excellent synergies in writing the book while you were also working on developing the exhibition?

That’s right. Working on the catalogue also gave me great ideas and insights about how certain objects might work together, and what stories they could tell in particular thematic groupings. So in a way, it provided me with the opportunity to do some critical conceptual thinking around how the exhibition might, in turn, display these ancient treasures.

While working on the book, what’s one key new thing you learnt about the underground army that guarded the tomb of China’s First Emperor?

The one thing that really captured my imagination (and many others I’ve spoken to since) are the stories about what might be in the First Emperor’s tomb itself. Sima Qian, the Han dynasty historian to whom we owe so much knowledge of Chinese history, recorded that the First Emperor’s tomb had rivers of mercury, made to flow by mechanical means, and jewels on the ceiling mapping the cosmological realm – pure magic! It’s never been excavated, and may never be, so the myths are truly compelling.

The book contains two very fine essays by local scholars. Tell us about those.

I first met Duncan Campbell when I was studying Art History at Victoria University of Wellington where he was much-loved by his students. I knew that having him on board as a subject expert for the exhibition would be crucial to the success of our interpretation and understanding of the history and the objects. What I didn’t know until we met about the project was that, as a young academic, he’d been involved with the Terracotta Army exhibition that came to New Zealand in the 1980s. Since then, more treasures have come to light and new thinking has informed our interpretation of many of the objects. So I think he was very pleased, 30 years on, to have the opportunity to contextualise the exhibition objects with an essay considering the Qin and Han dynasties and their legacy. Nathan Woolley came recommended by Duncan, and has written a beautiful essay on beliefs about the afterlife in the Qin and Han dynasties.

Is there a treasure in the book that is a particular favourite?

I particularly love the Han dynasty maid from Changling Mausoleum. She has this beautifully enigmatic smile and, even in her stillness, conveys a sense of movement. She also brings the domestic world into the exhibition, representing not a character from some grand historical narrative, but someone more of the world, to whom we, as readers, and visitors to the exhibition, can relate to, 2,000 years on.

What do you hope visitors to the exhibition and readers of the book will learn?

Rather than learn, I would really like our readers and visitors to be inspired, and to find points of connection to the themes of the book and exhibition. Not necessarily the megalomania of the First Emperor! But I guess I’d really like our audiences to revel in the authenticity of the objects, to have their minds blown by their age, and the remarkable craftsmanship they demonstrate.  If people also gain an appreciation for the ritual world these objects were once part of, and the huge contribution of the Qin and Han dynasties to the China we know today, that would also be wonderful.

After full immersion in the Qin Empire, are you now reading and researching into another era?

Well I’m returning to my roots, so to speak, in the more recent nineteenth-century history of New Zealand art. I’m working on an article about some highly talented female botanical artists, including Georgina Hetley, Sarah Featon, Emily Harris and Ellis Rowan. I’m exploring their contributions to nineteenth-century exhibition culture, as well as the fate of their collections, highlighting that the life of a ‘flower painter’ occupied a liminal realm – never fully at home either in the world of science, or of art.