Victoria Cleal: biography and 10 questions about Lost in the Museum 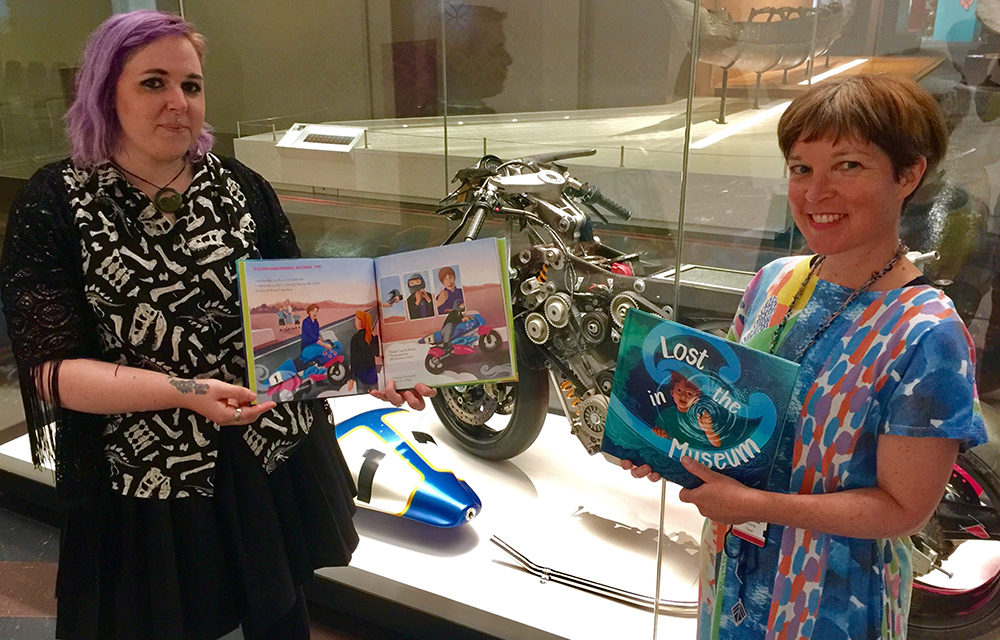 Victoria Cleal works as a writer and editor at Te Papa. She worked on Nature | Te Taiao and several stories for the children’s TV series He Paki Taonga and its associated book. Her first book, also based on a treasure at Te Papa, and illustrated by Isobel Joy Te Aho-White, was Whiti: Colossal Squid of the Deep, winner of the Best Children’s Book at the 2021 Whitley Awards for zoological literature.

Illustrator Isobel Joy Te Aho-White (Ngāti Kahungungu ki te Wairoa, Rongomaiwahine, Ngāi Tahu, Ngāti Irakehu) is a graphic artist with a diploma in Visual Arts (UCOL) and a Bachelor of Design (Hons) majoring in illustration from Massey University. She has illustrated for Huia Publishers and the School Journal (Lift Education), as well as several of the stories for the children’s TV series He Paki Taonga and its associated book. 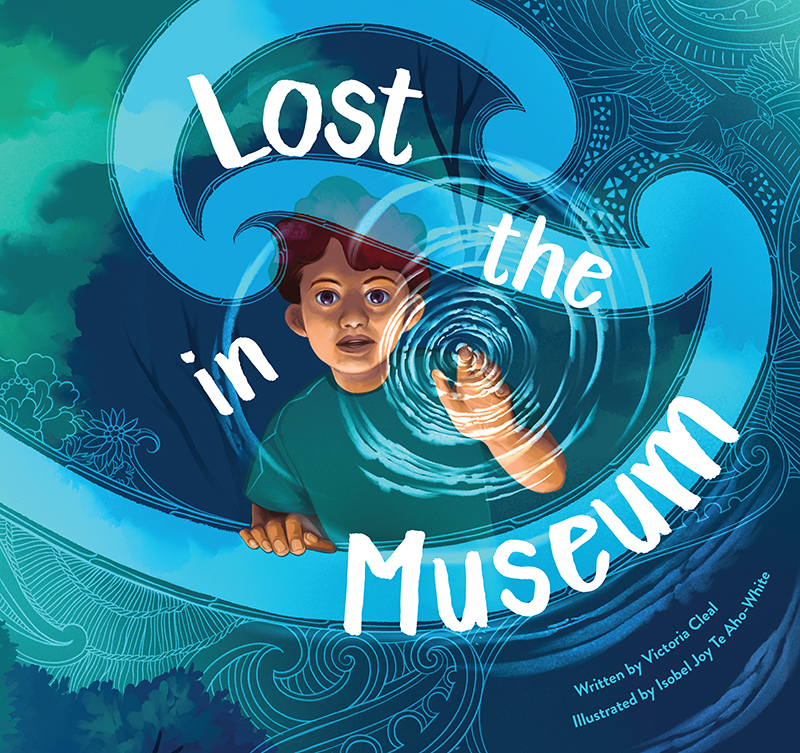 Book cover for Lost in the Museum. Te Papa Press

This is your second book for children situated within Te Papa, following Whiti: Colossal Squid of the Deep. How was this a different writing experience?
Whiti is based on the few facts that are known about the life of a colossal squid. This book has real taonga

taongatreasuresMāori | Noun, but there’s fantasy too. Also, Whiti has lots of extra stories and facts, but this book is one continuous, read-aloud story.

It’s a great idea: a father goes missing at Te Papa and his family get transported inside taonga as they search for him. What were the challenges behind selecting the six taonga in which the father gets lost?

The taonga represent the range of Te Papa’s collections: Māori, Pacific, History, natural history, and art. I wanted to include taonga that are on display long term, but Te Papa is always changing, so I can’t promise that visitors will see these exact ones! The cheongsams are an exception because they haven’t been exhibited (yet), but their story was irresistible. All the taonga can be explored further on Collections Online.

How did museum staff and experts help shape the book?

I got a lot of help from many incredibly helpful museum staff and external experts. They suggested taonga, and also put me in touch with the families and communities who hold mana taonga mana taongarecognition of the power of taonga to communicate deep truths about our peopleMāori | Noun. It was such a privilege to talk to those families and communities and work with them to tell the stories.

The idea of te hononga is at the centre of this story. Can you explain a bit about that?

I wanted characters to make special connections with taonga in a way that felt authentic to Te Papa. The term ‘hononga’ was provided by my colleague Ranea Aperahama. It can mean ‘connection’ in a broad sense, but it also alludes to Te Hono ki Hawaiki (the link to Hawaiki), the modern wharenui at Te Papa.

How do you think this story might affect the way young readers think about their relationship to taonga?

It’s my hope that they will see taonga not as simply objects but also as treasures that hold stories and connect us to real people, animals and places. I would love it if the book inspired children to think about which taonga they have a personal connection with – at the museum, in their community, or at home.

What was it like working with Izzy Joy Te Aho-White once again?

I knew from experience that Izzy would be able to bring these different scenes to life, even when references were scarce. I knew that her characters would feel believable, even though my descriptions were very slight! Izzy fleshed out the story so beautifully that I was able to cut some of the text.

What was the approach to te reo Māori and languages from other cultures in this book?

It includes quite a bit of te reo because that’s natural for this particular whānau, and for more and more New Zealanders in general. And of course, Te Papa is bicultural and bilingual. I also wanted to include a few words and phrases from the other cultures in the book, because language is an essential part of any culture, and we are a diverse country.

Which is your favourite panel/moment in the book, and why?

Spoiler alert – when I first saw Izzy’s final illustration of the main character and his pāpā pāpāfatherMāori | Noun reunited, I got a little tear in my eye. But it’s the face-off between the big brother and the pouākai

What new things have you learnt from writing this book?

The biggest thing was that writing for young children doesn’t mean being superficial. I had to ask myself some big questions, with a gentle nudge from the Te Papa Press team and guidance from Ranea. What lies at the heart of Te Papa? What matters more – taonga or their stories? What is a museum?

Have you ever found yourself lost in a museum?

I get literally lost in all but the tiniest museums. I spent half my precious time at New York’s Metropolitan Museum of Art trying and failing to find particular paintings – I should have just wandered aimlessly! I also get lost in contemplation, like when I was alone with the Venus of Willendorf at Vienna’s Natural History Museum. This little figurine is 25,000 years old – what would her world have been like?