Victoria Cleal has been a writer and editor at Te Papa for nearly five years, most recently working on the Te Taiao | Nature exhibition and several stories for the children's TV series He Paki Taonga and its associated book. 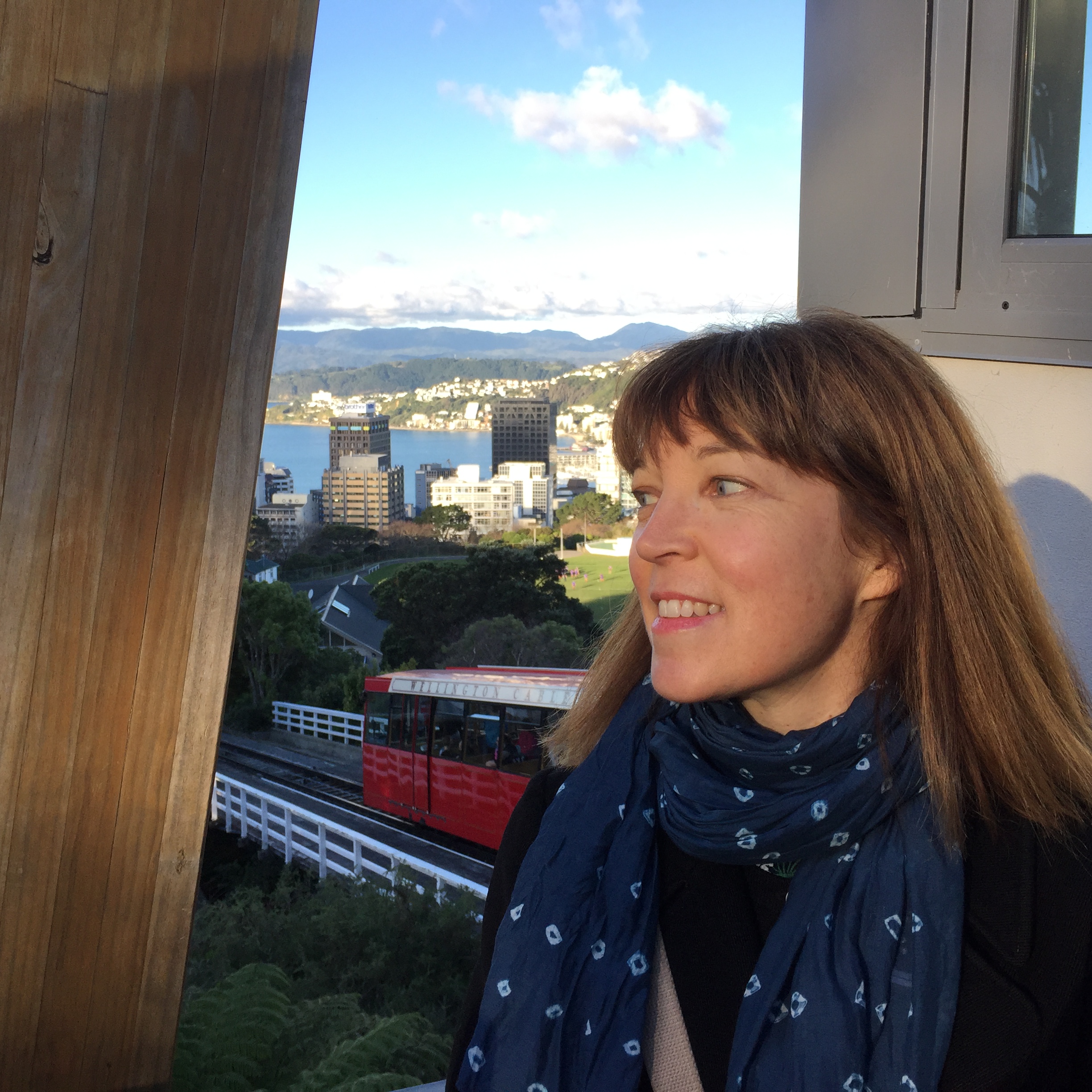 This is your first book. Daunting or exciting?

It’s been exciting, because as far as I know, nobody has written a children’s book about colossal squid. But the colossal squid at Te Papa is one of the museum’s most popular attractions, so writing about these mysterious creatures felt like a great responsibility. I knew that young fans of colossal squid would want the book to satisfy many, or even all, of their questions!

You’ve worked at Te Papa for quite some time and you were very involved in the new Te Taiao | Nature exhibitions. You clearly, then, had some knowledge of the colossal squid.

I’ve been familiar with the colossal squid on display for years, of course, and love lurking near her tank to eavesdrop on visitors’ comments – the most common one is, ‘Is it real?!’ During the development of Te Taiao | Nature, I got to know more about her and other inhabitants of the deep when my colleagues Jen Craddock, Ralph Upton, and Frances Samuel were creating content for that area. Meanwhile, I was writing digital labels about animals in Aotearoa and discovering that some of them lived in, or visited, Antarctica too.

How did that level of knowledge change when you started working on this book?

I knew about the extraordinary anatomy of colossal squid, but talking to experts helped me build up a picture of the world they live in, and that was a revelation. I had this idea that the Ross Sea was largely a barren wasteland – but a squid doesn’t get that big without a lot of food! The Ross Sea has a rich ecosystem, from colourful corals and sea stars to millions of glowing lanternfish. One of the main things I learned was that there’s so much we don’t know about adult colossal squid and their world – no one’s ever visited that environment.

Would you say that you now have a new respect for these giant creatures?

The adaptations of these top predators are exceptional: incredible eyesight, enormous hooks that no prey can escape, the strength to grapple even with toothfish. And yet they’re related to those flabby calamari you see at supermarket seafood counters!

You consulted a host of experts for your background research. How did they each help you?

I was lucky that I could call on the expertise of Dr Kat Bolstad at AUT, an internationally renowned squid expert whose examination of a colossal squid at Te Papa was live-streamed in 2014. At Te Papa, molluscs expert Rodrigo Salvador and fishes expert Andrew Stewart were especially generous with their time and knowledge. And I got much valuable feedback from the team at NIWA, whom I’d met while working on Te Taiao | Nature. One of the highlights when making this book was visiting NIWA, where Izzy (the illustrator) and I were among the first to see the latest stunning underwater photographs by Peter Marriott (Chazz), who’d just returned from Antarctica.

Do you now have a new appreciation of the incredible ecosystems of the Southern Ocean and Antarctica?

I quickly realised that to understand colossal squid, I had to look at the whole tightly connected, but fragile, food chain in that region. For example, a baby colossal squid nearer the surface is a snack for fish, penguins, and lots of other animals. An adult colossal squid living deep down is the main diet of migrating sperm whales. And a host of creatures like sea stars scavenge on colossal squid once they’ve reproduced and died.

The book is magnificently illustrated by Izzy Joy Te Aho-White. What did Izzy bring to the project?

Izzy brought enormous creativity and imagination to a tough task. I don’t think anyone’s ever drawn a colossal squid’s brain before, but that illustration impressed even Kat Bolstad. There are little touches of humour throughout, and the animals are carefully observed yet expressive – that takes immense skill.

What did you think the first time you saw her full four-colour artwork?

The artwork made me gasp. I had seen the rough sketches, but Izzy’s instinct for colour added a whole new dimension – the scenes were so vibrant. She has captured the beauty and diversity of the Ross Sea’s creatures, from otherworldly sea lilies to adorable baby seals.

Whiti, the female colossal squid of this book, is of course a creature of your imagination but the reader detects a real fondness for her. How so?

She started to feel like an individual after my colleague Ranea Aperahama gifted her a name – tēnā koe, e hoa! One meaning for ‘Whiti’ is to shine, another is fright – it’s a wonderful name for a colossal squid.

I wanted Whiti to have a full life – unlike, sadly, the colossal squid at Te Papa, which didn’t reach adult stage. Whiti survives the juvenile stage, when most colossal squid get gobbled. Even as a top predator, she faces danger, and is almost sucked up by a parāoa (sperm whale) and snagged on a fishing line. But she survives to produce another generation.

What do you hope young readers will take away from this book?

I hope readers will see how the extraordinary animals of Antarctica are connected to each other – and to the wildlife of Aotearoa. And I hope this book will help children see scientists as modern-day heroes, like I do. At this time when nature is under threat globally, we need to listen to scientists more than ever.