Tatau: A History of Sāmoan Tattooing

A beautifully designed and richly illustrated retelling of the unique and powerful history of Sāmoan tattooing, from 3,000 years ago to modern practices. 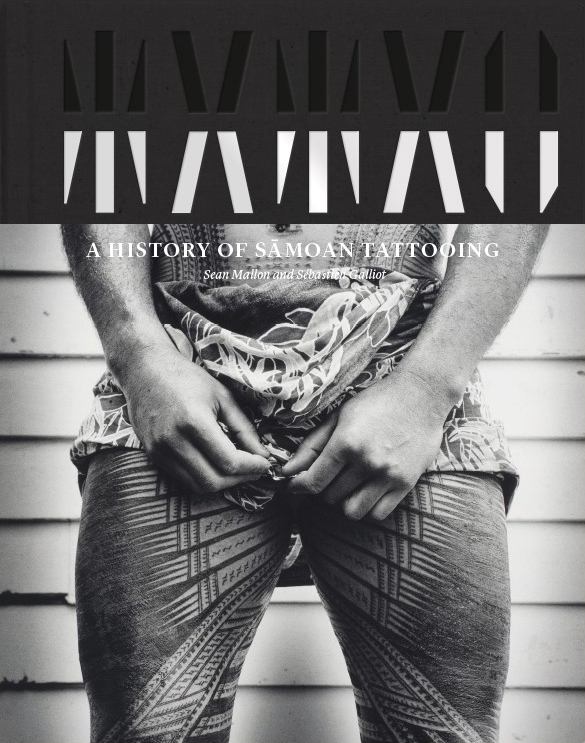 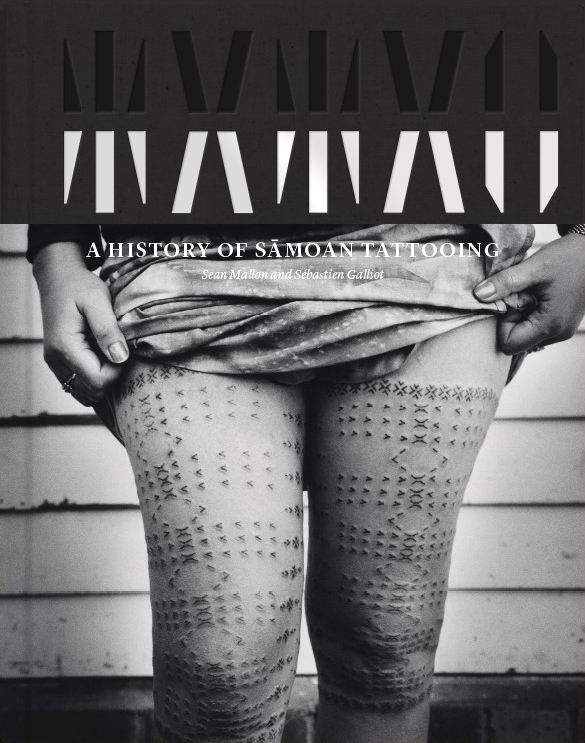 By Sean Mallon and Sébastien Galliot

The Sāmoan Islands are virtually unique in that tattooing has been continuously practised with indigenous techniques: the full male tattoo, the peʻa has evolved in subtle ways in its design since the nineteenth century, but remains as elaborate, meaningful, and powerful as it ever was.

This cultural history is the first publication to examine 3000 years of Sāmoan tatau. Through a chronology rich with people, encounters and events it describes how Sāmoan tattooing has been shaped by local and external forces of change over many centuries. It argues that Sāmoan tatau has a long history of relevance both within and beyond Sāmoa, and a more complicated history than is currently presented in the literature.

It is richly illustrated with historical images of nineteenth and twentieth century Sāmoan tattooing, contemporary tattooing, diagrams of tattoo designs and motifs, and with supplementary photographs such as posters, ephemera, film stills and artefacts.

Look inside Tatau: A History of Sāmoan Tattooing (19.03 MB)

A fantastic interview with Sean Mallon on E-Tangata.

Ockham New Zealand Book Awards 2019 convenor Douglas Lloyd Jenkins called Tatau “a visual feast… a milestone in contemporary publishing… a book that will expand and enrich the knowledge of readers throughout Aotearoa, the Pacific and beyond”.

The New Zealand Herald: “Lavishly illustrated and beautifully produced, it’s no surprise this stunning book has been shortlisted for the Illustrated Non-Fiction Award in the 2019 Ockham Book Awards. Tracing the singular history of Samoan tattooing practices during the last 3000 years, this book is the first comprehensive study that looks at the cultural and practical history of Samoan tattooing.”

Tatau has been selected for NZ Listener’s Best Books of the Year list, in 24 November issue: “An extraordinary, scholarly and richly illustrated word that traces Samoan tattooing from its pre-European beginnings and ponders the contemporary state of the ancient art.” New Zealand Listener

Reviewed in October issue of North & South Magazine: “… this history takes a more-is-more approach, with a staggering amount of information, both visual and verbal … Everything is meticulously and tastefully managed right down to the intricately conceived and designed dust jacket.” North & South

Tatau won the award for the Best Art Writing by a NZ Māori or Pasifika in the 2019 AAANZ (Art Association of Australia and New Zealand) awards. It also won the Best Anthology in the same awards.

Tatau was also a finalist in the 2019 Designer Institute of New Zealand Best Design Awards.

Sean Mallon is of Sāmoan and Irish descent and is Senior Curator Pacific Cultures at the Museum of New Zealand Te Papa Tongarewa. He is the author of Samoan Art and Artists (2002) and co-edited Pacific Art Niu Sila: The Pacific dimension of contemporary New Zealand arts (2002) Tatau: Samoan tattoo, New Zealand art, global culture (2010) and Tangata o le Moana: the story of New Zealand and the people of the Pacific (2012). His exhibitions include Paperskin: the art of tapa cloth (with Maud Page) (2009); Tangata o le Moana (2007), Voyagers: discovering the Pacific and Tatau/Tattoo (2002). He has been a council member of The Polynesian Society since 2008.

Sébastien Galliot studied ethnology at the University of Provence and EHESS (Paris), France’s foremost research school in social sciences. His research focuses on Sāmoan traditional tattooing and the contemporary practice of this ritual. Since 2001, he has made several visits to Sāmoa, Tonga and Fiji in order to do field research. His articles include “Samoan tattoos leave indelible global imprint”, Voices: Unesco in Asia and the Pacific, 27 July-September 2011, pp. 10-11. Sébastien is also a self-taught photographer and filmmaker. During a one-year residence in Sāmoa in 2005, he took hundreds of pictures and hours of film and exhibited a selection of those photographs in France (Marseille, Correns). He has given guest lectures on tattooing at Te Papa and at conferences in Sāmoa and Europe.