Natural History research: What we do

Land and freshwater snails are the most endangered animal group worldwide. Despite numbering almost 30,000 species, those animals remain poorly studied. This is a conundrum for conservation, as we cannot properly protect what we don’t understand. For land snails in particular, the evolutionary relationships of the many different families that make up the groups are scarcely understood.

To start putting the pieces of this puzzle together, this research line encompasses the entire globe and is multi-faceted. It begins with studying the DNA of extant snails to uncover the relationships between groups.

Then, by studying their fossil record, it is possible to reconstruct their biogeographical history, that is, where they first appeared and how they achieved their present-day distribution throughout the continents. Furthermore, it also includes the discovery of species new to science and their formal description, combining data from DNA and classic morphological and anatomical studies.

Finally, by getting to know which species are present where, this research provides a solid basis for conservation policies. 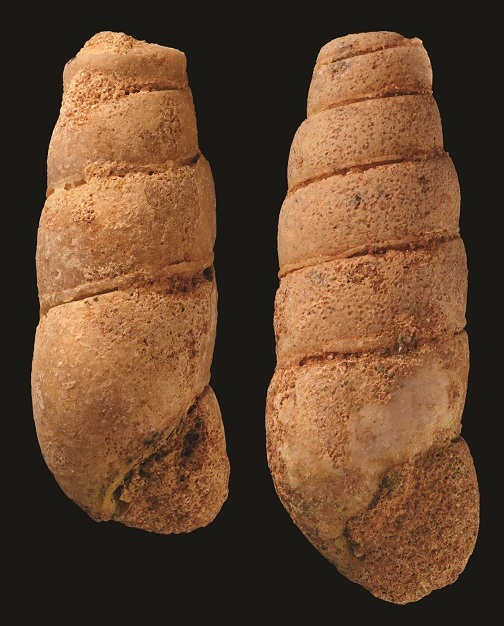 Leiostracus tree snail from eastern Brazil. Photo by and copyright Rodrigo B. Salvador.