NZ Festival: In Search of Dinozord

If you haven’t yet heard about Faustin Linyekula, then “quite possibly the most important artist working on the African continent today” (Frieze), “breathtaking political art” (LA Times) and “live-wire intensity” (New York Times) gives you a feel.

From the Democratic Republic of the Congo, Linyekula left his country during the political upheaval upon which Dinozord is based. Invited by Peter Sellars to make a creation on the 250th anniversary of Mozart’s death, the composer’s Requiem permeates this deeply personal and political work, as it recounts how the troubled history of Linyekula’s country has dramatically impacted personal stories of his friends in Kisangani, the city where he grew up. Central too is Kabako, a writer-friend who died of the plague, “a disease I thought only existed in books”. Jimi Hendrix’s “Voodoo Chile” soundtracks an astonishing finale.

About as visceral an 80 minutes in the theatre as you are likely to get, escape your comfort zone and experience what art can bring: truth, understanding, change.

In French with English surtitles.

There is a post-show talk for this event on Fri 28 Feb. 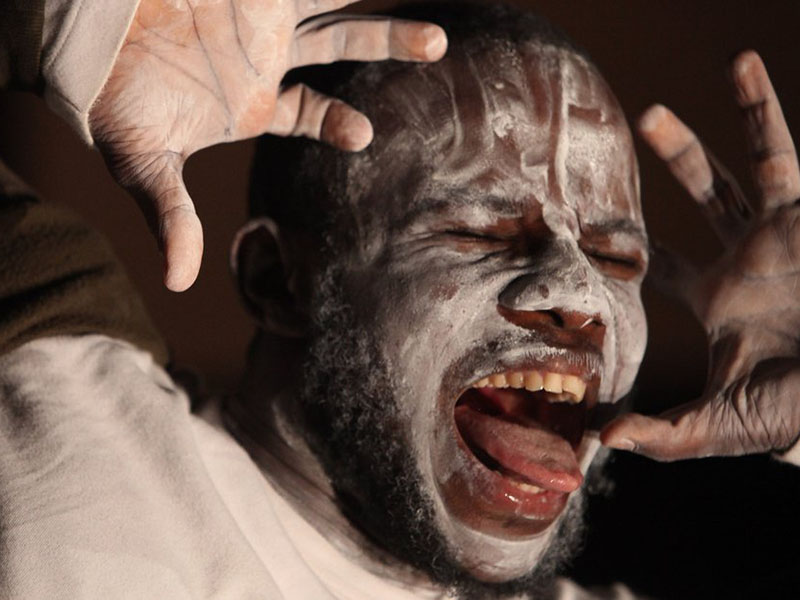 In Search of Dinozord. Photo by Steve Gunther @CalartsREDCAT, couresy of NZ Festival