Past exhibitions that opened in 2004 – from Out on the Street: New Zealand in the 1970s to Toi Te Papa Art of the Nation.

Judy Darragh: So … you made it?
John Kinder’s New Zealand
Antarctic Heroes: The race to the South Pole
Wild Design
Toss Woollaston: Family and friends
Shawls: The elegant drape
Toi Te Papa Art of the Nation
Qui Tutto Bene: The Italians in New Zealand
Out on the Street: New Zealand in the 1970s
Space: A galaxy of adventure

Judy Darragh: So … you made it?

Natasha Conland, Te Papa’s Curator Art and Visual Culture at the time, commented on the background to the exhibition Judy Darragh: So … you made it?.

As an artist progresses in their career, there is a tendency to see them in the context of their best-known high points. Their practice can shift and change quite radically and, with engagement in different media, can also appear quite differently over time. An important role of the retrospective is to give the public an opportunity to tease out the pattern of these changes, especially where exhibitions have taken place in spaces and galleries with less public visibility. However, for contemporary artists, with a practice that is still very much alive, there is an unnerving tendency for these exhibitions to present the artist’s work as somehow of the past.

This exhibition of Judy Darragh’s work was motivated by a desire to look at the past 20 years of her practice in the context of the present, and to engage Darragh in the process so that she would be part of the investigation (or making) of that past. A substantial catalogue with a solid chronology fills gaps that the exhibition cannot. But the show itself … a fresh collaboration between artist and curator, explores the tension between the past and an ongoing present, with a new body of work made for the occasion. It is in part Judy Darragh’s generosity of practice – seen throughout the work in this show – that enabled this collaborative and energetic engagement. 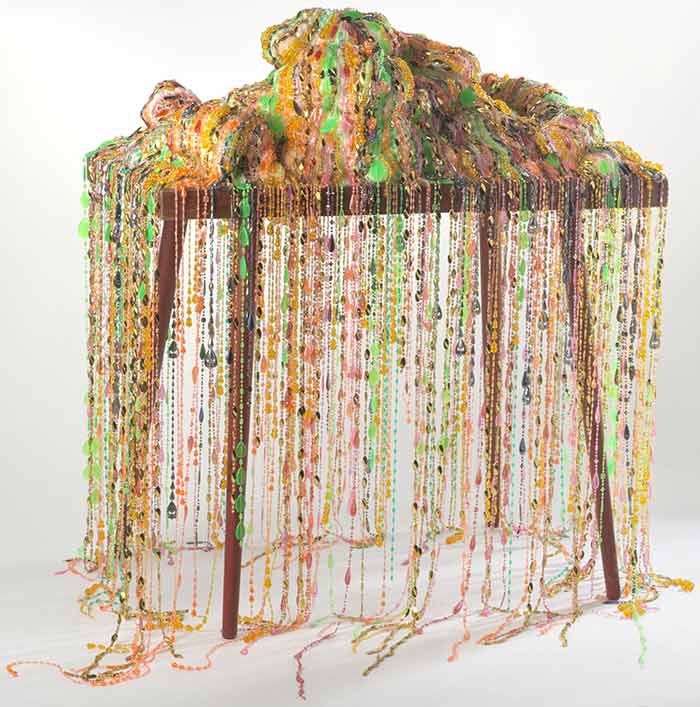 John Kinder’s New Zealand brought together for the first time a selection of watercolours and photographs by a remarkable 19th-century artist. The exhibition, curated by Ron Brownson, Senior Curator at the Auckland Art Gallery, presented a unique insight into the changing scene of colonial New Zealand.

John Kinder (1819–1903) was born in London and developed an early interest in, and talent for, watercolour painting. He became a clergyman in the Anglican Church, and in 1855 migrated to New Zealand to become headmaster of Auckland’s Church of England Grammar School. He developed his interest and skills in photography during the 1860s.

His diverse subject matter included landscapes, the colonial church, the development of industries such as goldmining, local flora, the architecture of town and country, Māori life and culture, portraiture, and military scenes. 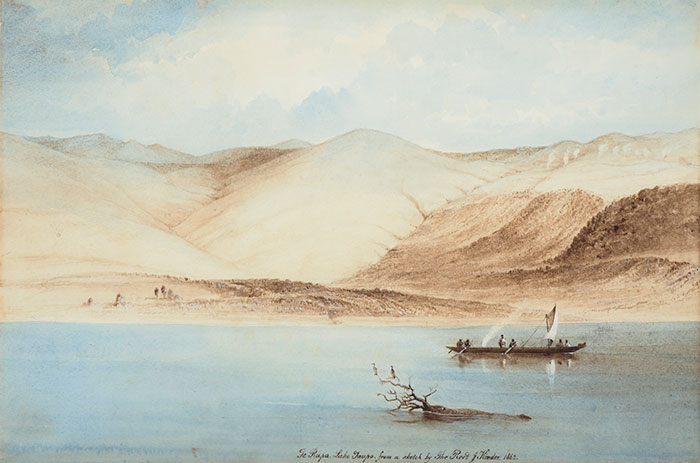 Antarctic Heroes: The race to the South Pole

This exhibition told the epic stories of three of the Antarctic’s greatest heroes – Captain Robert Scott, Roald Amundsen, and Ernest Shackleton. Antarctic Heroes: The race to the South Pole asked why these men were so passionate about reaching the South Pole, how their extraordinary feats of endurance and bravery were achieved, and what factors contributed to the tragedies that befell them.

One of the major attractions of Antarctic Heroes was the James Caird – the lifeboat in which Ernest Shackleton, his navigator – New Zealander Frank Worsley – and four other men made one of the greatest small-boat voyages ever. In order to save their marooned crewmates, these brave adventurers sailed 1,300 kilometres across the treacherous Southern Ocean. Then Shackleton and two of his men crossed, on foot, the uncharted mountain ranges of South Georgia island– a rugged, non-stop 36-hour trek. The James Caird was specially brought over from England for this exhibition.

Wild Design began by introducing the natural environment as visitors might have never seen it before. Magnified photographs showed minuscule parts of nature enlarged so their structures and patterns become objects of beauty. It celebrated the intricate designs of the natural world, and looked at how these have been reflected in human art and design.

Large graphics filled the second section, where comparisons were made between structures in nature and human design. For example, a magnified photograph of pollen was compared to the Sagrada Familia Cathedral (Barcelona, Spain), DNA was compared to the bridge over the Firth of Forth (Scotland), and the curve of a staircase was compared to a spiral shell.

Beautiful decorative arts by Minton, Doulton, Bianchini Férier, and some of New Zealand’s leading artists and craftspeople were showcased in the third section, a place where visitors could see how aesthetic works show the influence of nature. The exhibition was made up of objects from Te Papa’s natural environment, history, and art and visual culture collections.

This exhibition looked at Toss Woollaston’s early years, and his key friendships and relationships during that period. This intimate exhibition was organised to coincide with the publication by Te Papa Press of Toss Woollaston: A Life in Letters. Toss Woollaston (1910–98) was a leading New Zealand artist who pioneered modern painting during the 1930s and 1940s. New Zealand poet Charles Brasch described him as ‘one of the first to see and paint New Zealand as a New Zealander.’

Woollaston was also a prolific letter writer, and published two memoirs. This exhibition presented a selection of his early works (1933–48) from the Te Papa Collection, as well as letters and other archive items from the Woollaston Archive, gifted to the museum by the Toss Woollaston Trust in 2001.

Paintings in the exhibition included Woollaston’s My father (1939), Portrait of Miss Bethell (1938), and Edith (about 1948). Books, poems, and letters associated with Woollaston were also included, as were works by his wife Edith Alexander and his friends Flora Scales and Ursula Bethell. 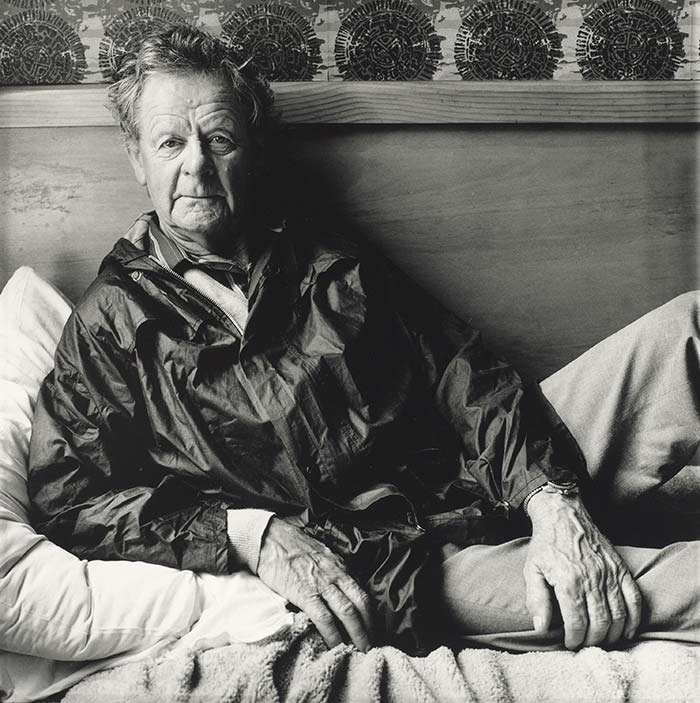 This exhibition featured shawls from the last two centuries, some displayed with the fashions, furniture, and art works of their time. All in all, it was a sumptuous visual feast from Te Papa’s textiles collection. Opulently embroidered Kashmir wool, beautifully woven silk, finely printed silk gauze, rich Spanish-style embroidery – exquisite examples of all of these were on display.

Some of the shawls are part of the history of New Zealand settlement, arriving in the luggage of early immigrants. Such shawls made their way here because of their beauty and/or their practicality, and were treasured possessions passed on from one generation to the next. Now, many have been donated to the Te Papa Collection.

Ask Italians how things are going and they’ll often say, ‘Qui tutto bene’ – everything’s fine. Sometimes that is so – and sometimes it can cover mixed feelings.

This exhibition captured the mix of adventure, hardship, and success from which the Italian community in New Zealand has grown. It presented the story of migration from the earliest adventurers and families driven by economic necessity to those who could choose the best of both worlds – a New Zealand lifestyle, with opportunities for frequent visits back home. It also celebrated the skills, the style, and the taste that Italians have contributed to living here.

Qui Tutto Bene: The Italians in New Zealand was a collaboration between Te Papa and the New Zealand Italian community, whose members have shared their expertise and a rich collection of stories, photographs, and objects. Through these, the exhibition showcased the fascinating story of a small and vibrant community and captured the wonderfully diverse influence their skills and flair for life have had on New Zealand.

Truly an exhibition for everyone, Out on the Street: New Zealand in the 1970s was about the huge social changes that took place in New Zealand over ten years. It took in the Māori renaissance of the 1970s, investigated the radical influence of women’s liberation on Kiwi culture, and canvassed the alternative voices that rose to challenge the Establishment.

Through photographs, paintings, sculpture, crafts, fashion, posters, jewellery, and more, Out on the Street cast an affectionate eye over the decade when fondues were the rage at dinner parties, Split Enz were in a Frenzy, kids barrelled around the streets on Choppers, Fred Dagg dispensed his comic rural wisdom, pot plants hung from macramé holders, and the home-made look was hip.

This was also the decade when New Zealand took to the world stage, sending a navy vessel to Moruroa in protest at the continued French nuclear testing on this tiny Pacific atoll, and hosting ‘the friendly games’ – the 10th Commonwealth Games in Christchurch. 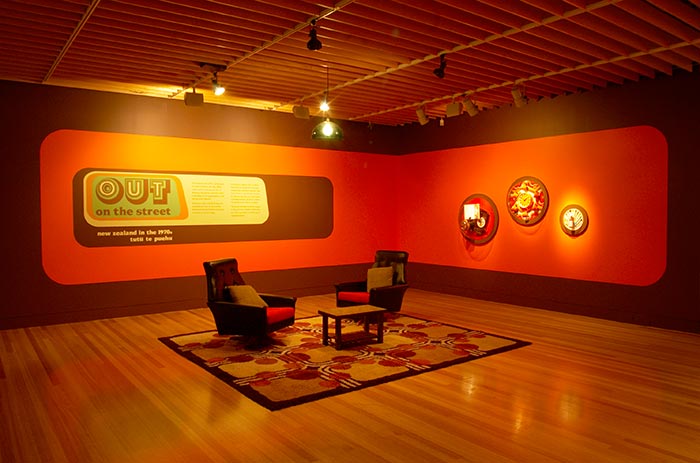 Out on the Street exhibition, 2004. Photograph by Michael Hall. Te Papa

Space: A galaxy of adventure

In this exhibition, visitors could experience what it’s like out there in space. They could land a space shuttle flight simulator, fire a rocket, and even find out how long it would take them to run to the Moon at their top speed.