Past exhibitions that opened in 2008 – from We are unsuitable for framing to Oddooki.

Theo Schoon was a notable figure in New Zealand art in the mid-20th century. This exhibition opened up Schoon’s archive, which Te Papa purchased in 2001, for public view. The works shown were just a sample of some 16,000 items that the archive contains – a mix of art works, sketches, letters, newspaper clippings, and photographs.

Schoon refused to separate ‘art’ and ‘craft’. The works displayed illustrated his major artistic interests: carving gourds and pounamupounamu greenstone, Māori and Indonesian art, designs for ceramics, and paintings, prints, and photographs. These works gave a fresh perspective on the powerful and unique work of this extraordinarily versatile artist. 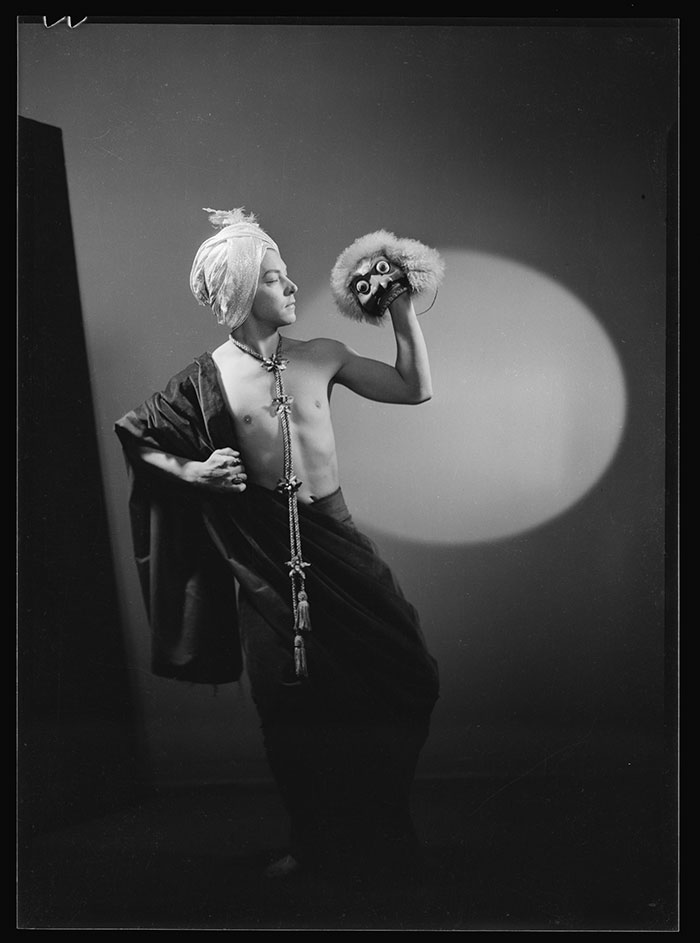 Moving Towards a Balanced Earth: Kick the carbon habit

In honour of the annual United Nations World Environment Day celebrations on 5 June, the global, mobile Natural World Museum and Te Papa presented Moving Towards a Balanced Earth: Kick the carbon habit in partnership with the United Nations Environmental Programme, the Ministry for the Environment, and the New Zealand Government.

Artists were asked to find new ways to articulate the Earth in balance, and explore new visions and choices for a sustainable world. The exhibition featured an evocative mix of painting, sculpture, photography, multimedia, and installation.

As well as articulating the established ideas and definitions of the space, Mai i te aroha, ko te aroha made visible a core function of Te Papa as a ‘treasure house of collections’. Reihana’s installation pays homage to Jacqueline Fraser’s work – the first commission to adorn Te Ara a Hine (the internal pathway to Te Marae). It referenced art and taongataonga treasures held in Te Papa’s art, Māori, and photography collections, including her own works.

Rita Angus (1908–70) is one of New Zealand’s most significant artists. A pioneer of modern painting in this country, she created some of the country’s most memorable and best-loved images.

To honour the centenary of her birth, Te Papa presented this major exhibition that included sketchbooks, studies, and unfinished works, some of which had never been seen in public before.

Visit Rita Angus: Life & vision to explore many of the works displayed in the exhibition and learn more about her life.

Joseph Churchward (1932–2013) was a Samoan-born graphic designer whose fonts are used the world over. You’ve probably encountered his work through opticians’ eye charts, which his hand-lettering skills helped to create. Through pencil sketches, print negatives, photographs, and newspaper clippings, this eye-opening exhibition brought the intricacies of Churchward’s art into public view for the first time.

Churchward handcrafted over 570 original typefaces – the most by any individual. His fonts feature on billboards, record sleeves, and newspapers, and in digital media. Churchward’s skill in hand-lettering was used to help create the mastheads for The Evening Post and The Dominion Post newspapers. 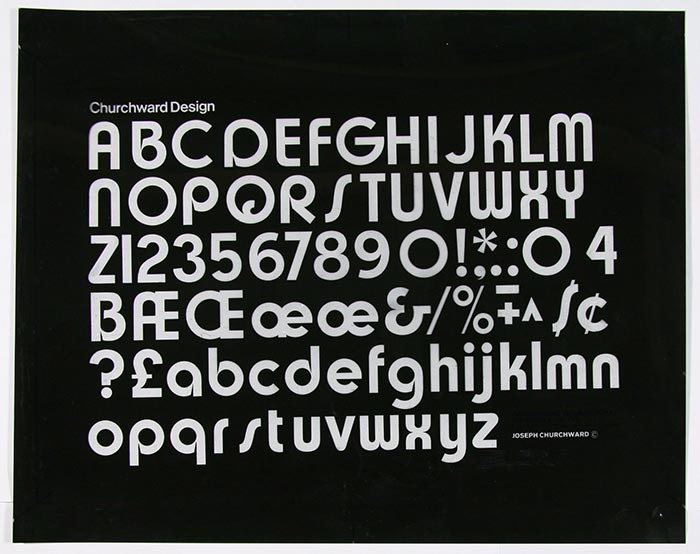 Colour has been an essential element of fashion for centuries. Through a fabulous array of clothes and accessories from Te Papa’s collections, this exhibition celebrated the popularity of six colours in Western fashion from the 1800s to the present day. The six colours were black, red, blue, yellow, orange, and pink. Black is not technically a colour, but is accepted as a colour in the fashion world.

Colours: Moments in fashion explored some of the reasons each of the six colours is associated with specific eras and fashion movements. Despite these changing trends, people also choose colours to express the way they feel, or the way they wish to appear. Through the rich and varied garments on display, the exhibition focused on some of the changing meanings associated with colour.

Seung Yul Oh’s project was a playful collection of five egg-shaped birds that rocked and chimed. Based on weighted toys that always right themselves, the works contrasted a folksy aesthetic with the formal sculptural properties of high-gloss finished surfaces. The title of the installation is based on the Korean word for these rocking toys transcribed into English letters, giving us the intriguing Oddooki.

Dispersed throughout the outdoor Sculpture Terrace (now the Viewing Terrace), the oddooki played with form, surface, colour, and movement. Oh took advantage of Wellington’s natural elements by creating a work that was activated by the wind and animated by other natural elements, such as the play of summer light on the glossy surface of the works. 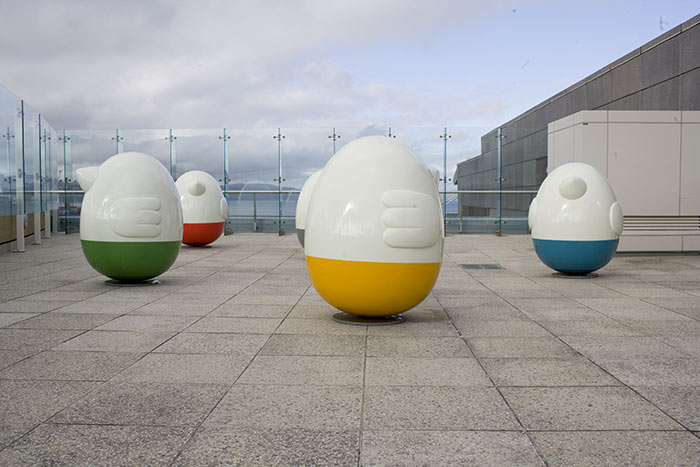 This exhibition examined loss and memory in a highly specific case: that of the locked tool shed of artist Ronnie van Hout’s father. Throughout van Hout’s boyhood, the shed was locked and inaccessible. It was only after his father’s death that van Hout was allowed access. As the shed had been a source of fascination for so long, it was a bittersweet moment for him to finally get inside.

Van Hout created two replicas of the shed for this exhibition situated in the sculpture garden – one of which contains the contents of the original: tools, ropes, shelves, boxes, a fridge. The other replica shed is empty. Both sheds, like the original, remain inaccessible.

OurSpace | Tō Tātou Ātea allowed visitors to create their own vision of New Zealand on The Wall, a state-of-the-art interactive canvas where users could mix it, own it, share it. This experiment in public curation led to interesting and sometimes surprising displays.

The exhibition also gave visitors the opportunity to explore New Zealand’s culture and geography through an interactive glass floor map and The High Ride, the wildest aerial tour ever. The Deep Ride let visitors journey 2,000 metres below the ocean’s surface aboard a submarine simulator. 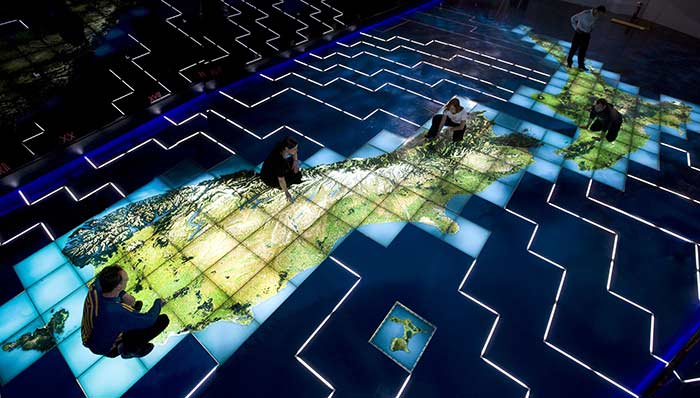 Deep-sea corals are beautiful, rarely seen creatures that live over 200 metres below the surface of the world’s oceans. New Zealand has a wide diversity and an abundance of these corals.

Corals are tiny animals called polyps, which usually live in colonies. Their beauty lies in their varied and intricate skeletons, which provide a habitat for a huge range of other animals.

Several deep-sea corals live for hundreds of years, and contain important information about the oceans of the past. However, corals of the deep are yet to be fully understood. This exhibition brought to the surface some mysterious and unique specimens from the New Zealand region.

We are unsuitable for framing

We are unsuitable for framing was an art exhibition that challenged us – our ideas about how we behave, and about how we represent ourselves. In a range of works spanning 30 years (1974–2005), it explored aspects of identity, gender, sexuality, and mythology.

The exhibition title comes from Barbara Kruger’s 1985 work Untitled [We are unsuitable for framing], which was included in the exhibition. This title emphatically states a vital concept of the exhibition as a whole – a refusal to be defined or pigeon-holed into any particular framework. 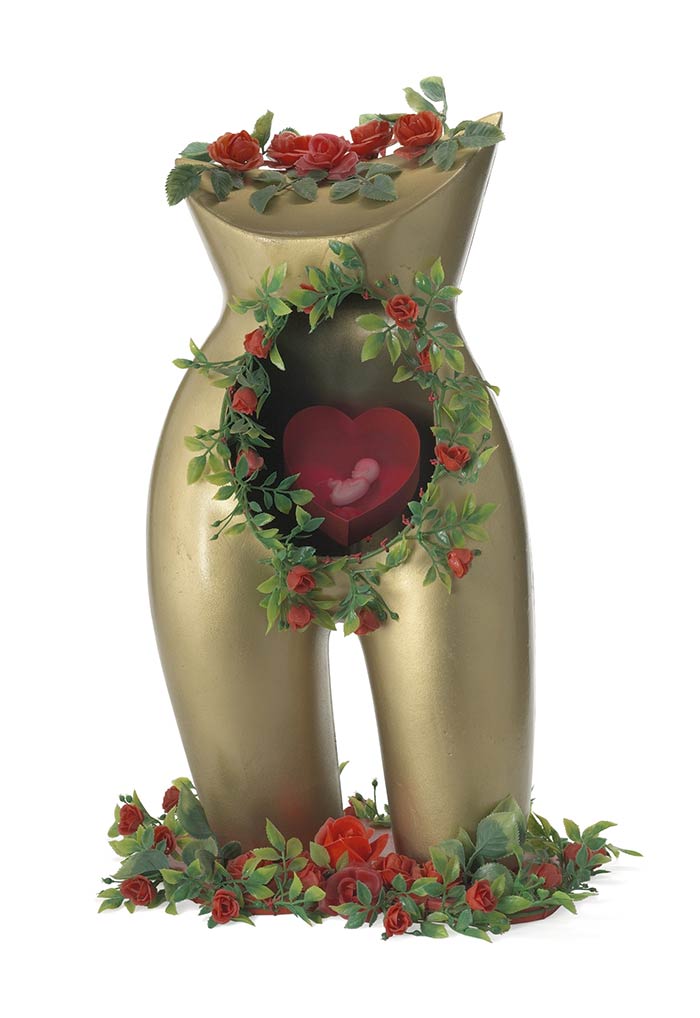