Dame Claudia Orange has received the Pou Aronui Award by Royal Society Te Apārangi for her sustained service to the humanities-aronui.

Dame Claudia has been described as New Zealand’s very own woman of mystery. Rummaging through the case files of the past, she adds the necessary notes as new evidence comes to light.

Although an accurate depiction in many ways, New Zealand’s pre-eminent Treaty of Waitangi scholar doesn’t operate from the shadows. It’s been her life’s mission to ‘bring the Treaty to the people’.

It’s this mission, and the determination in which carries it out, that sees her receive the award. 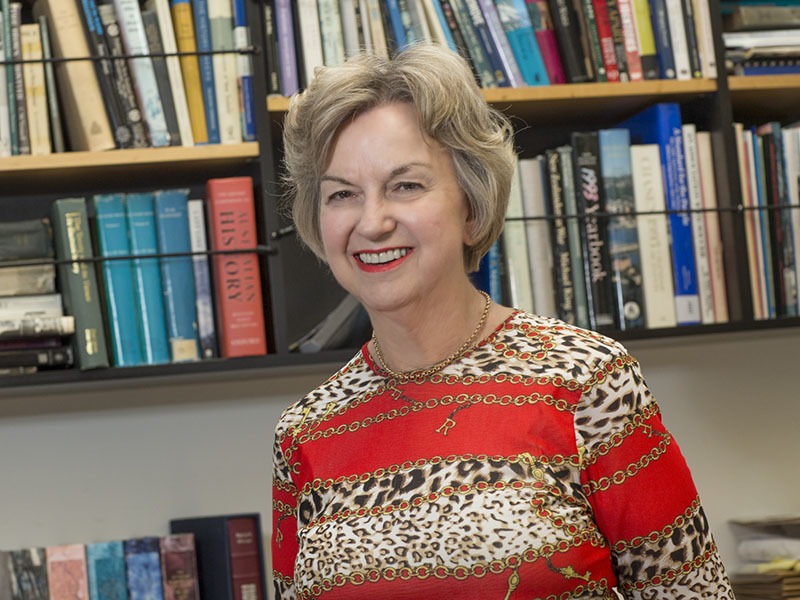 Now an Honorary Research Fellow, Dame Claudia has played a vital role in bringing history to life at the museum through her roles as Head of Collection and Research (2009-2013), and then as Head of Research (2013-2016).

History to Dame Claudia is a journey of enquiry and discovery that New Zealanders can use to better understand one another.

When asked ‘why is it important that history is accessible?’, she quickly points out that understanding the Treaty doesn’t just help explain the relationship between Māori and Pākehā, but can better equip us for the modern world.

“If you understand indigenous rights in New Zealand and how the Crown haven’t always treated Māori well at all, it is much easier to better understand migrants who come here after rough times,” shes says.

“It broadens your understanding as a person.”

It’s not just the classroom or the lecture theatre where we need to be looking for clues to help us understand our identity. Instead it’s much better to allow people to choose their own way of learning.

“You can’t just talk about the significance of the relationships of people in this country in book form,” shes says. “One of the great advantages of museums is the ability to present history in a range of ways that people can understand.”

Before her contributions in the museum world, Dame Claudia was a major force for Te Ara and the Dictionary of New Zealand Biography. Harnessing the power of digitisation, historians can reach those who might shy away from the more formal environments.

As Deputy Editor, then Associate Editor, she helped establish and maintain the Dictionary’s key principles of accessible but scholarly entries, the inclusion of ‘ordinary’ New Zealanders as well as the more eminent, and a commitment to Māori biographies, as well as their publication in te reo.

Empowering New Zealanders to contribute in their own way is hugely satisfying to Dame Claudia.

“Then, the other day, I had a call from someone about another woman who had signed and knew exactly all about her!”

More comfortable explaining the past, historians can be coy when talking about the future. Dame Claudia however is assured when speaking about the standing of the Treaty in New Zealand society moving forward.

“I would like to see a greater certainty in government commitment to developing legislation, both in settlements and in other areas that ensures a sharing of authority which derives from the copy of the Treaty which Māori signed,” shes says.

“As a woman I can well understand that consultation is not the same as having authority and decision making powers.”

Today, the Treaty of Waitangi is recognised widely in New Zealand as a founding document for this country, but this wasn’t the case when Claudia began her career. She has been a key figure in the process by which the Treaty has become embedded in our national discourse.

Te Papa and its staff would like to join the rest of New Zealand in congratulating Claudia on this special achievement.