‘Wonders of the World’ LEGO® exhibition opens this week in Christchurch

The Brickman ‘Wonders of the World’ LEGO® show – titled Let’s Go Build when it was held here last summer – remains one of our top three most-popular paid exhibitions and has since been successful in Hamilton, Tauranga, and Auckland.

Now the interactive LEGO® brick exhibition is on its way to Christchurch in time for the start of the summer holidays.

Visitors will come face-to-face with giant LEGO® brick versions of world-famous landmarks that include a huge Arc de Triomphe, the Empire State Building with King Kong, Big Ben, and the Leaning Tower of Pisa.

Ryan ‘The Brickman’ McNaught says the show’s success is “phenomenal”.

“It’s been incredible to witness such a phenomenal turnout of New Zealand kids and adults that love LEGO® as much as I do,” he says.

“I can’t wait to bring the party to Christchurch, it’s going to be awesome.”

Melbourne born and raised, McNaught is the only LEGO® Certified Professional in the Southern Hemisphere and one of only 14 in the world.

‘Wonders of the World’ took him and his expert Brickman team a jaw-dropping 4,944 hours to build.

Throughout the exhibition, visitors will have the opportunity to learn along the way and discover more about each attraction – real life and LEGO® life.

As well as being immersed amongst the LEGO® brick creations, there will be a number of hands-on activities to take part in.

More information about Brickman ʻWonders of the World’ 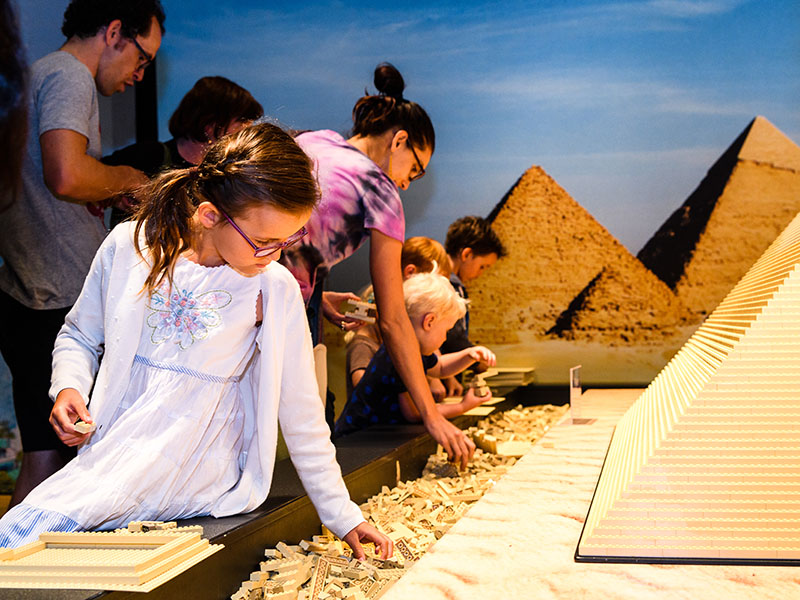