Around 70 works by one of Aotearoa New Zealand’s most important 20th-century artists, Rita Angus (1908–1970), will be exhibited at the Royal Academy of Arts in London in October 2020.

The exhibition will then open here at Toi Art in autumn 2021.

“As holders of the national art collection, Te Papa champions New Zealand art. By partnering with the Royal Academy, we are thrilled to be internationally profiling this stunning collection of works by Rita Angus,” he says.

The exhibition will include the significant recent acquisition, Marjorie Marshall. The 1938-39/1943 oil painting on canvas measures 540 x 460 mm. 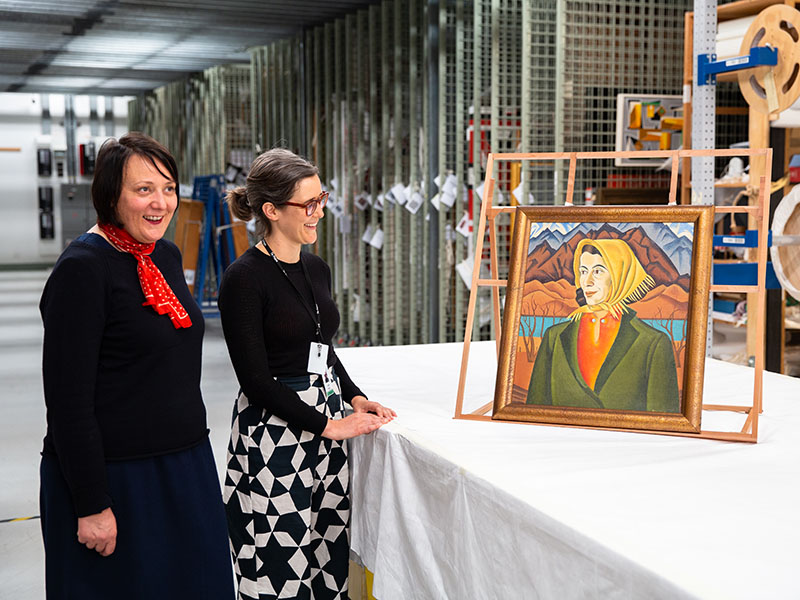 “Angus decided to leave commercial work and commit to being a full-time artist. This portrait forms part of a group of works that Angus painted of close friends during this period,” says Ms Davy.

“The exhibition will draw out the themes of pacifism, feminism and nature that shaped so much of Angus’ work,” she says.

Award-winning biographer Jill Trevelyan, who wrote Rita Angus: an artist’s life, is co-curating the exhibition at the Royal Academy together with Adrian Locke, the Royal Academy’s Senior Curator.

Ms Trevelyan says this exhibition of Angus’ work will introduce an international audience to her rich and varied practice.

“Although Angus identified as a New Zealand painter, her nationalism was always tempered by a global outlook, and a keen interest in other cultures,” she says.

Adrian Locke says: “The Royal Academy is delighted to be showcasing this pioneering woman artist whose work deserves to be better known. The RA has a long tradition of highlighting such artists whose work has made significant contributions not only to burgeoning national art histories but to the broadening international history of art.”

Rita Angus: New Zealand Modernist will be presented at the Royal Academy of Arts from 18 October 2020 – 24 January 2021 before coming to Toi Art in autumn 2021.