Bringing down the Tiger Moth

The Tiger Moth has landed.

On display since we opened in 1998, our much loved Tiger Moth is about to enter a second retirement.

It has been brought down, and vintage aviators are now dismantling it in two stages – the wings and tails, then the nose and engine. Then the parts will be taken to our storage facility in Upper Hutt. 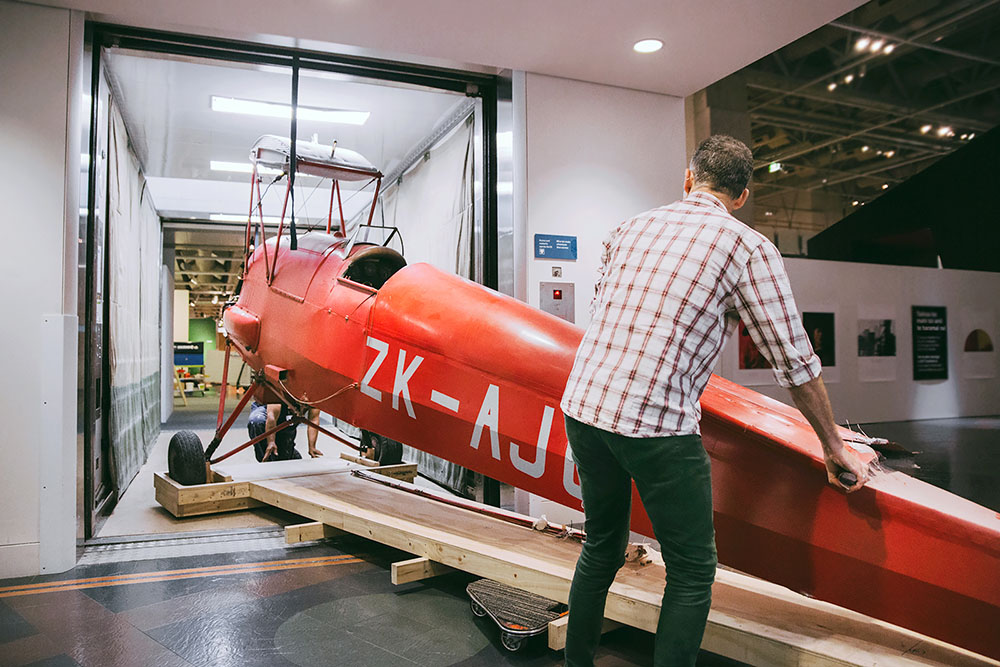 The Tiger Moth is taken into the elevator, 2017. Te Papa

Its retirement is part of our renewal, which begins with the construction of a new space for Ngā Toi | Arts Te Papa. This will incorporate the area where the Tiger Moth was previously suspended.

Our new art space will open in December.

The De Havilland Tiger Moth (DH82a) aircraft, ZK-AJO, was fitted for use as a topdresser (front seat and instruments removed and replaced with a hopper and release mechanism for spreading fertiliser and grass seed).

This aircraft is one of the two war-surplus Tiger Moth training aircraft purchased in 1948 by Mr Oswald ("Ossie") James for his pioneering aerial topdressing firm, James Aviation Ltd. It was in service with James Aviation from late 1949 until 1956, mostly operating in the Waikato, North Auckland, and Rotorua/Taupo areas. 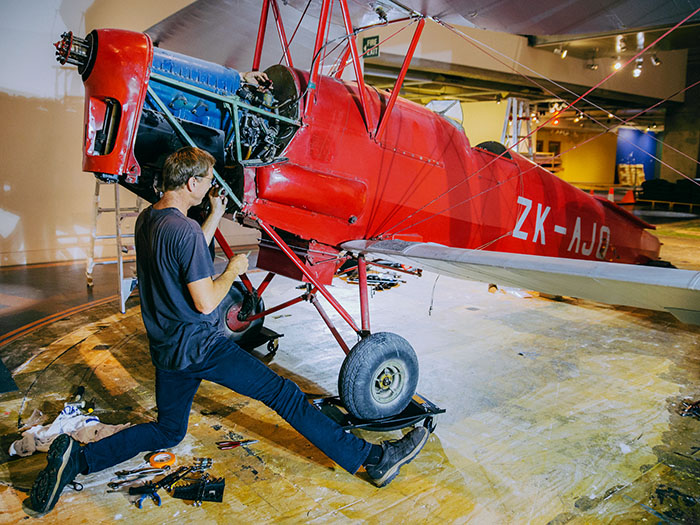 During its active life, ZK-AJO flew 6,000 hours on agricultural operations, and dropped about 55,000 tons of fertiliser and grass seed.

The widespread use of aerial topdressing, especially in hill country, was a hugely important factor in New Zealand's postwar economic development. The increased agricultural productivity which resulted did much to lay the basis for New Zealand's prosperity during the 1950s and '60s.

It was purchased in 2009 after a period of loan from a private lender.