Kura Pounamu, an exhibition created by us in close conjunction with Ngāi Tahu, opened in Paris on Monday.

It features more than 200 pounamu taonga.

The exhibition tells the story of this most precious of stones, its significance for Māori, and its enduring value from ancient times until today.

It includes some very rare cultural treasures, including some 95 hei tikihei tiki pendants in human form, 20 meremere weapons, and four large pounamu touchstones, the largest of which, “Te Hurika”, weighs in at 170kg.

The earliest pounamu pieces in the exhibition may be the tokitoki adze blades, tools used for working wood. Some are thought to originate from early settlement times some 700-800 years ago, and replicate East Polynesian adze shapes.

Under the French title La pierre sacrée des Māori (Sacred stone of the Māori), the exhibition opens at the Musée du quai Branly-Jacques Chirac on 22 May, and will be open until 1 October 2017. 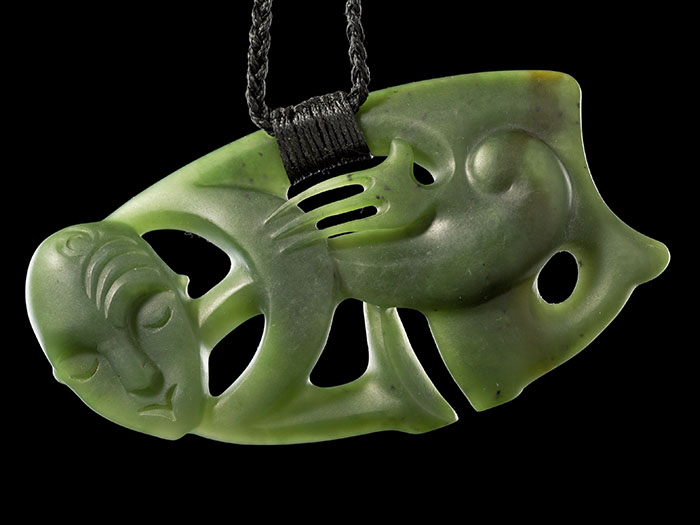