One hundred years ago, a balloting system determined who would be conscripted to go to war for New Zealand and the British Empire.

Two ballot boxes were used – one of which is in our collection.

Names were determined by numbers on balls drawn out of these boxes. A man's fate was sealed by the luck of the draw.

A new project, Luck of the Draw, featuring eight New Zealand artists between the ages of 18 to 25 showcases what conscription means to them, through media such as dance, illustration, and film. This WW100 project, supported by Ngā Taonga Sound & Visions, aims to spark new conversations among young New Zealanders through their peers’ artistic responses.

The artists have responded specifically to a film from 1916 which shows the balloting process.

Yesterday the artists came to Te Papa's Tory St store room to look at one of the original ballot boxes, which is featured in the film. 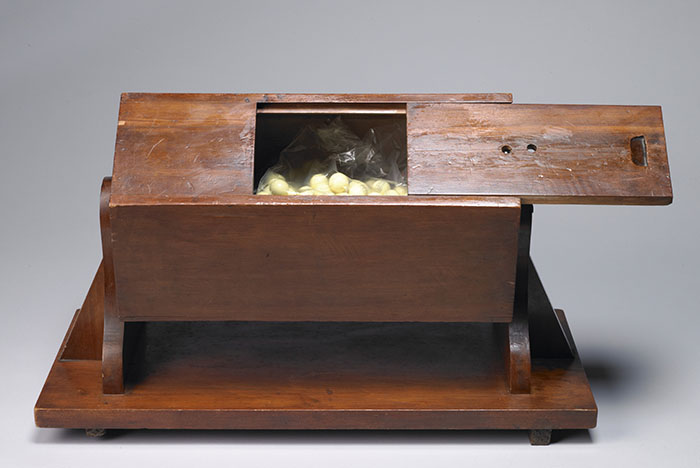 About the art works and artists:

The Fading Puppet, by Akshay Dongardive ft. The Disciples

The dance, influenced by both Bollywood and hip hop, represents the two main players in the conscription ballot: the powerful government and the powerless conscripted soldier.

Fall in Line, by Kauri Hawkins

Fall in Line mixes voice recordings to build a narrative of the opposing sides of the Māori war effort: fighting for King and Country and resisting imperialism and conscription.

Conscription, 19,548 uses a mix of hand-drawn, stop-motion animation and motion tracking to illustrate core conscription themes such as the ballot, getting a medical check and ending up on the battlefield. 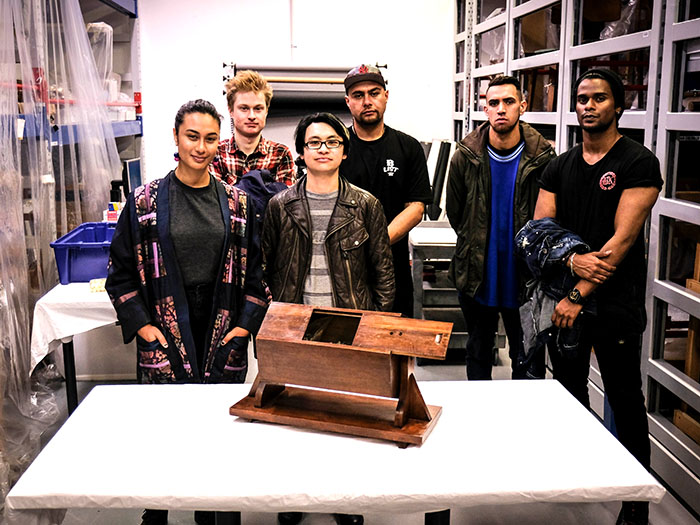 Those Left Behind, by Nathan Joe

Those Left Behind, a play, shows a group of women performing their civic duties despite the part they might end up playing in their own family or friends being sent to war.

A series of glitch art works that combine collage with digital media to portray the emotional journey of groups affected by conscription.

Luck of the Draw, by MC Oblique and Madison Nonoa

A song about facing and overcoming the burdens and challenges created by conscription.

A trio of artworks that represent the different stages of conscription: being at home, going to war and the end of the war.

You can view the art works on the Luck of the Draw website.