He waharoa at Te Papa – Gateways to Aotearoa New Zealand

The three main waharoa waharoagatewaysMāori at Te Papa are significant and special to our museum in several ways.

This waharoa was commissioned by Augustus Hamilton, the director of Te Papa's forebear, the Colonial Museum, for the New Zealand government. In 1906, it featured in the New Zealand International Exhibition in Christchurch, where it formed part of a double stockade which enclosed the exhibition's model pā

The work was carried out by master carver Neke Kapua and his sons Tene and Eramiha, of Ngäti Tarawhai, a subtribe of Te Arawa of Rotorua. The waharoa is carved from a twenty-two-metre single slab of tötara that came from the central North Island.

At the entrance to Mana Whenua on Level 4

This waharoa is called Whakamarama (Enlightening). 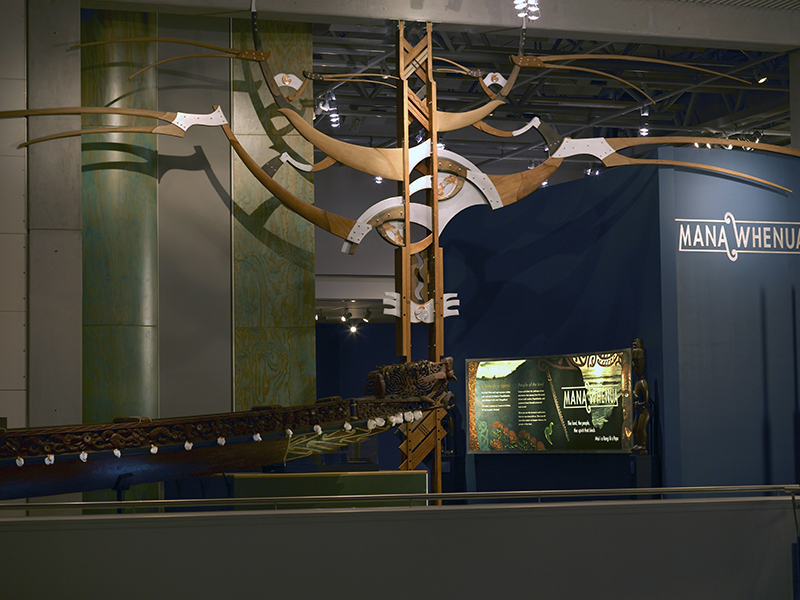 Created in 1997 by Ross Hemera, it is made of totara, aluminium and copper. It was purchased by Te Papa in 1998 with New Zealand Lottery Grants Board funds.

With this waharoa Hemera presents Tane, the bringer of light, separating his parents, Ranginui

Papatūānukuearth motherMāori and allowing light to fall on the land and their children. Whakamarama continues Hemera’s work with the mythological, reptile, bird, and human forms of the South Island rock drawings extending them into three-dimensional form.

Outside Rongomaraeroa, our marae on Level 4

manuhirivisitorsMāori wait for the tangata whenua

tangata whenuahome people, the Indigenous people of Aotearoa New ZealandMāori to welcome them in. 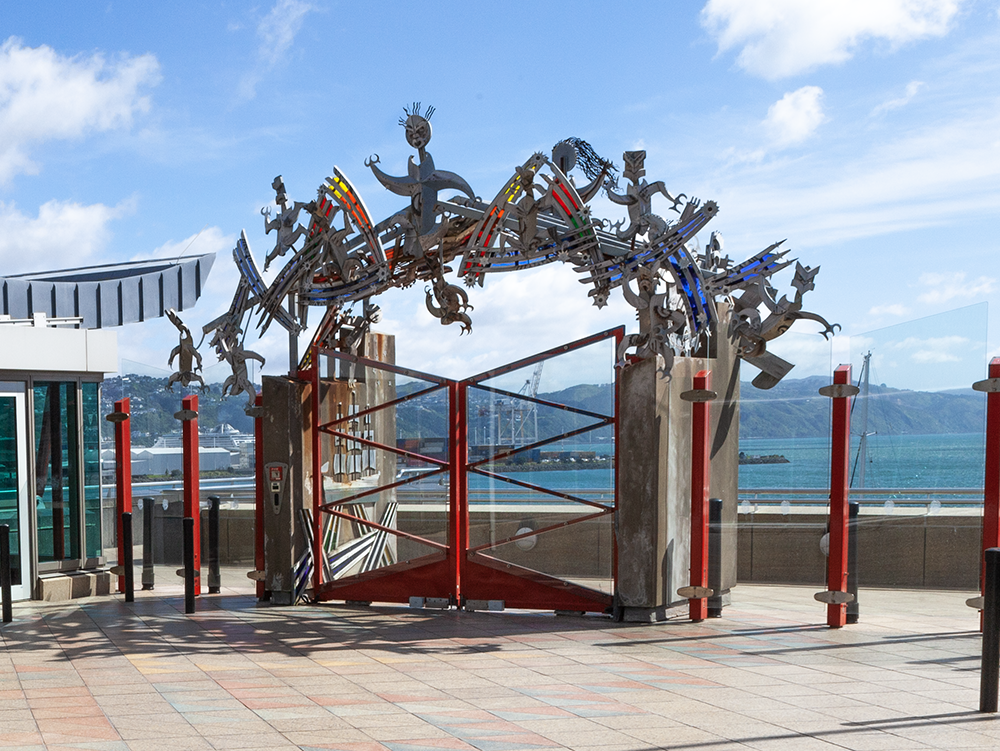 The waharoa marks the threshold of their relationship – the meeting of cultures and honours the various peoples who have settled in New Zealand, including:

Please note: This waharoa is currently deinstalled for repairs.