The twisted hull of the Rainbow Warrior, a battered police baton from the 1930s riots, a sinister 1950s hangman’s box - fans of Te Papa’s Slice of Heaven will have their final chance to farewell their favourite objects this summer.

The New Zealand 20th century history exhibition will close on 23 January 2017, to allow construction to begin on an exciting new Art Zone on level four of Te Papa. The rest of the museum will remain open throughout the changes. 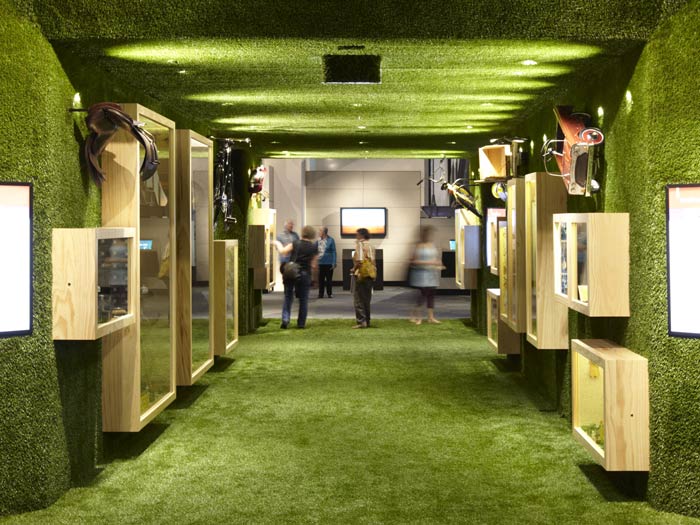 Kate Camp, Communications Manager at Te Papa, says summer visitors will have plenty to see and do in the space before it closes.

“There’s a terrifying 1920s school dentist nurse's chair, the battered blue helmet John Minto wore during the 1981 Springboks protests, and a life-sized grocery store nearby for kids to play in,” says Camp.

“There’s so much to entertain kids and parents alike during the school holidays.”

Also to close on 23 January is the nearby Inspiration Station, one of four children’s Discovery Centres at Te Papa, and home to the ‘Big Baby’, a mechanical sculpture from the set of Peter Jackson’s The Frighteners.

The other three children’s areas will remain open.

Inspiration Station has been beloved by a generation of kids since 1998 – and the next generation will have their own favourites in the renewed Te Papa.

For more family fun in Slice of Heaven, kids can hunt out hidden treasures – Ninja Turtles, ceramic hot water bottles, and other 20th Century objects – with the home-grown trail map, downloadable from the Te Papa website.

Kirstie Ross, our Slice of Heaven curator, has written about her favourite objects in the exhibition - check out her blog post 20th century history mixtape: 'A' s​i​d​e​

Te Papa is open 7 days a week from 10am to 6pm. Closed on Christmas Day.