Rangatahi ready to rock at Te Papa this Matariki

Te Papa is revving up the Māori New Year with a performing arts extravaganza like none other this weekend.

Called Te Whare Mātoro: The house of entertainment, the weekend is aimed at rangatahi (youth) and features two concerts and poi and haka workshops.

“We’ve challenged young performers to take the traditional kapa haka and to fuse it  with contemporary dance genres like rap, krumping or circus performance,” Mere says.

“During Matariki young people used to gather at the whare mātoro to perform. It was the nightclub of its day,” Mere says.

“This Matariki we’re providing a stage for rangatahi to show off their talent.”

Whitireia Performing Arts lecturer Kereama Te Ua, who organised the performers for the event, says he hopes the concert will encourage young Māori to stick with kapa haka.

In keeping with Generation Y preferences, performances at the concert will be kept to six minutes.

“We can show the best of what we have in just six minutes,” Kereama says.

The concert will also feature student opera singers from the New Zealand School of Music.

Free workshops on how to twirl a poi and do the haka will run on Sunday 5 June.

A full list of the Te Whare Mātoro weekend’s programme can be found here: https://www.tepapa.govt.nz/visit/whats-on/events/te-whare-matoro-performing-arts-weekend-for-rangatahi-day-1 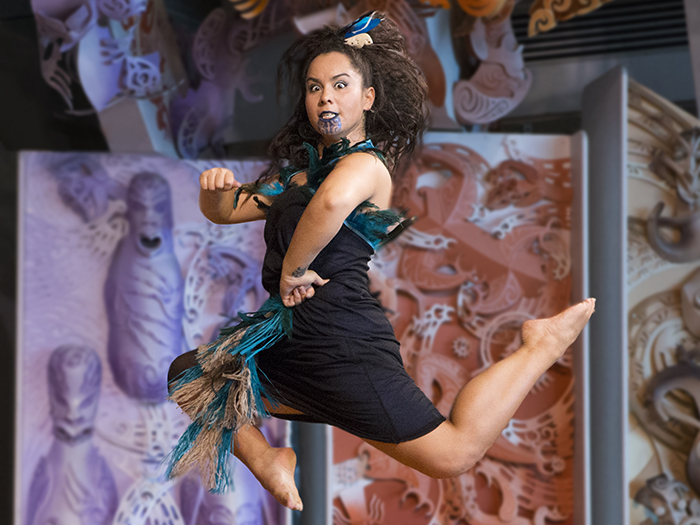 Note to editors: What is Matariki?

Matariki is the Māori name for the star cluster known as the Pleiades. Traditionally, it appears just before dawn in late May or early June each year, signalling the start of the Māori New Year and the beginning of the sun’s ‘return’.

The appearance of Matariki was traditionally accompanied by celebrations of various kinds. As Matariki appears in the depths of winter, it was natural for families to retire to their homes and spend the long nights either in learning activities (whare wānanga) or in entertaining one another (whare tapere). As Matariki marked the end of the harvest; feasting was a feature of Marariki celebrations, as was recalling and remembering those who had passed in the previous year.

The Māori New Year is becoming an annual event of national significance. Matariki celebrates an indigenous worldview, reminding us of natural ways of marking the passage of time. It helps to revitalise customary knowledge and art forms and offers a time for New Zealanders to connect with the natural world.