A rare bravery medal awarded to New Zealander Frances Parker in 1912 has gone on display at Te Papa today. 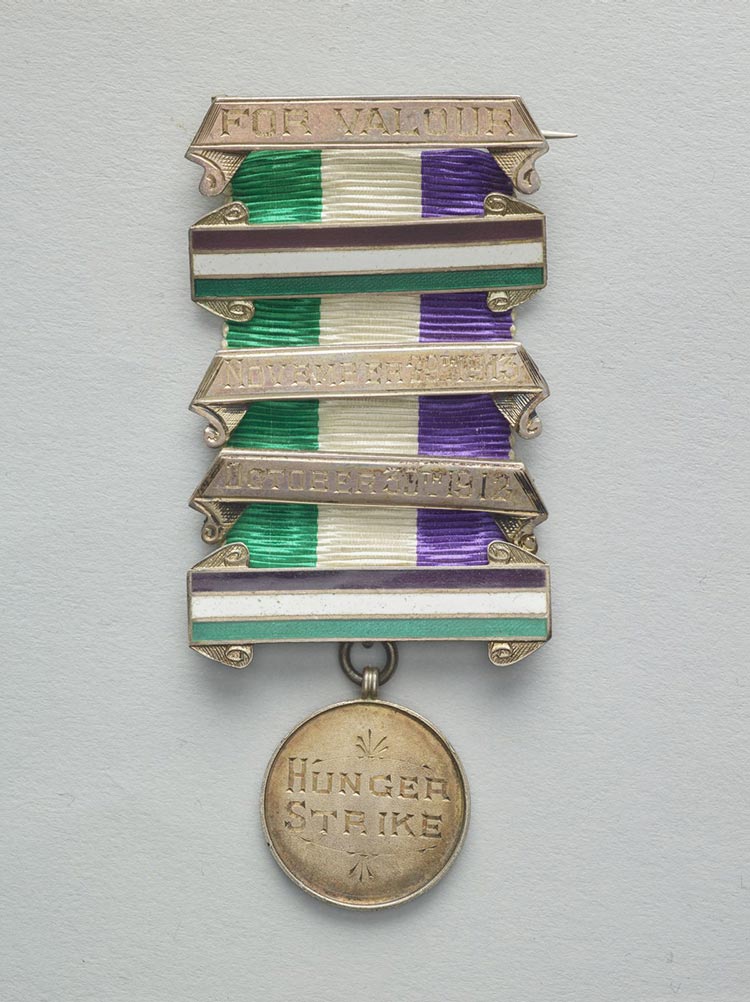 The Women’s Social and Political Union Medal for Valour was awarded to the suffrage activist for her courageous role in the campaign for the right of women to vote in Scotland. The medal was purchased by Te Papa earlier this year.

“This bravery medal has an incredibly important story to tell, and we are proud to put it on display to mark Women’s Suffrage Day,” says Te Papa’s Head of New Zealand and Pacific Cultures Dr Bronwyn Labrum.

“It’s a powerful memento of the ongoing struggle of women around the world for civil rights, and is especially significant for New Zealand as a tangible link to our leading role in that struggle,” says Dr Labrum.

The 123rd anniversary of women gaining the right to vote in New Zealand is on 19 September 2016.

To mark Women’s Suffrage Day, a group of multigenerational speakers will explore women’s campaign for the vote and milestone battles since then, at a breakfast event at Te Papa.

Visitors to the museum and attendees at the breakfast will have the opportunity to see the medal on display on the level four promenade.

Claire Regnault will talk about the life of Frances Parker, the British suffrage movement in the early 1900s, and the medal which is over one hundred years old.

“One thousand women were imprisoned during the British suffrage movement from 1905 to 1914. The first hunger-strike medals were awarded in August 1909,” says Ms Regnault.

The medals were made by a well-known company, Toye and Co, which was established in 1685 in the historic Jewellery Quarter of Birmingham, England.

“Given the horrific circumstances under which the medals were awarded, they are remarkably beautiful and dainty. The medals were crafted from silver and enamel and hang from a purple, white and green silk ribbon; the suffrage colours,” says Ms Regnault.

The obverse of Frances Parker’s medal is engraved with the words 'Hunger Strike', and the reverse features the following inscriptions: 'Fed by Force 4/3/12', 'Fed by Force 8/7/14'.

“The medal was based on a military design. It features three silver bars, each one representing a date on which Frances was force-fed. When you understand what each bar represents, you understand the significance of what Frances suffered, for the women of Scotland,” says Ms Regnault.

The Women’s Social and Political Union Medal for Valour will remain on display at Te Papa for three months.
https://www.tepapa.govt.nz/visit/whats-on/events/suffragettes-future-feminists-breakfast-and-talk 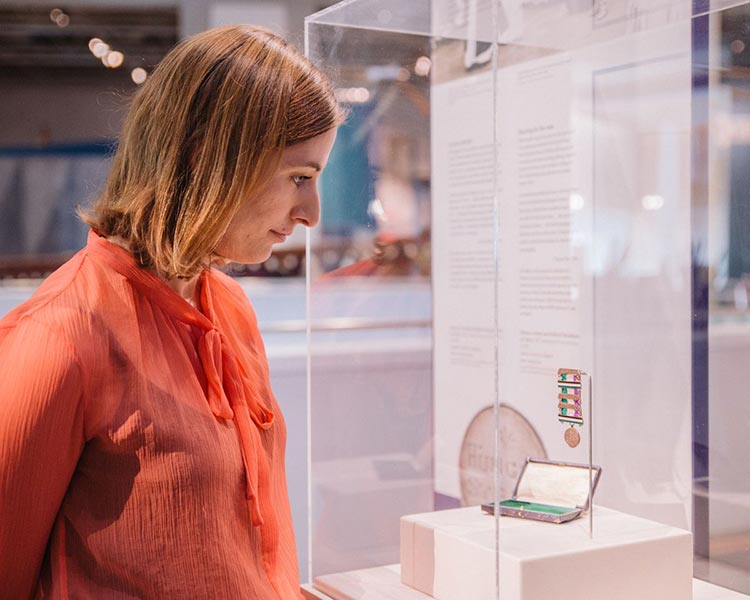 This medal is associated with the struggle of British women to win voting rights (Suffrage) in the early years of the 20th century. The militant struggle was led by the Women’s Social and Political Union (W.P.S.U), it was intense and marked by acts of violence and courage. Many suffrage activists were arrested and imprisoned, and those who went on hunger strike in protest were subjected to force-feeding.

In the recent film Suffragette, the heroine is seen receiving one of these medals on her release from prison.

Frances Mary Parker was a New Zealander living in Britain who became a prominent Suffrage activist.

Born in Little Roderick, Kurow, Otago, New Zealand in December 1874, she left New Zealand in 1896 when she was 22, three years after New Zealand granted its women the right to vote, to study at Cambridge – paid for by her Uncle World War One Military Leader Field-Marshal Lord Kitchener.

By 1908 she had become involved in the British women’s suffrage movement, and eventually became a prominent leader of the W.P.S.U. in Scotland where she was involved in violent protests and attempts to burn down prominent buildings. In February 1914 she was arrested for attempting to set fire to the cottage of Robert Burns, Scotland’s national poet.

In prison, Frances Parker went on hunger strike and was subjected to force-feeding which involved acts of extreme violence and indecencies. Her health collapsed and she was released to a nursing home, from which she escaped.

The medal is a testament to these actions, and was awarded to Parker while she was imprisoned. The obverse of the medal is engraved with the words ‘Hunger Strike’, and the reverse features the following inscriptions: ‘Fed by Force 4/3/12’, ‘Fed by Force 8/7/14’.

With the outbreak of war in August 1914, Frances Parker offered her services to the war effort. The charges against her were dropped and she went on to play an important role in organising women’s war work.

Frances Parker died in France in 1924, following her death she left the medal to her friend and co-suffragette Ethel Moorhead.

The medal remained in Ethel Moorhead’s family until it was sold at auction in London on behalf of one of her descendants.

In the following extract Frances Parker describes her suffering at Perth gaol in the summer of 1914, as published in Votes for Women.

‘I was not fed at midday, but three wardresses came in and made what I suppose was an attempt to feed me by the rectum. I objected and protested against this indignity and struggled as best I could. The manner in which it was done was so unnecessarily painful that I screamed with agony. Later three women tried to give me an enema. Because I would not submit passively to these indignities, after everything was over, one of the women lifted me by the hair and flung me into the far corner of the bed. Another knelt on my chest to prevent me from getting up. She got off again when the first sat down heavily on my knees and said she would not get up until I promised to behave!

Thursday morning, 16th, I was fed again and held down afterwards. I was not fed at midday, but the three wardresses appeared again. One of them said that if I did not resist, she would send the others away and do what she had come to do as gently and decently as possible. I consented. This was another attempt to feed me by the rectum, and was done in a cruel way, causing me great pain.

She returned some time later and said she had “something else” to do. I took it to be another attempt to feed me in the same way, but it proved to be a grosser and more indecent outrage, which could have been done for no other purpose than to torture. It was followed by soreness, which lasted for several days … ’

Starving for the vote