The iconic hat, shearer’s singlet, shorts and gumboots of Fred Dagg will be on display at Te Papa from July 26. 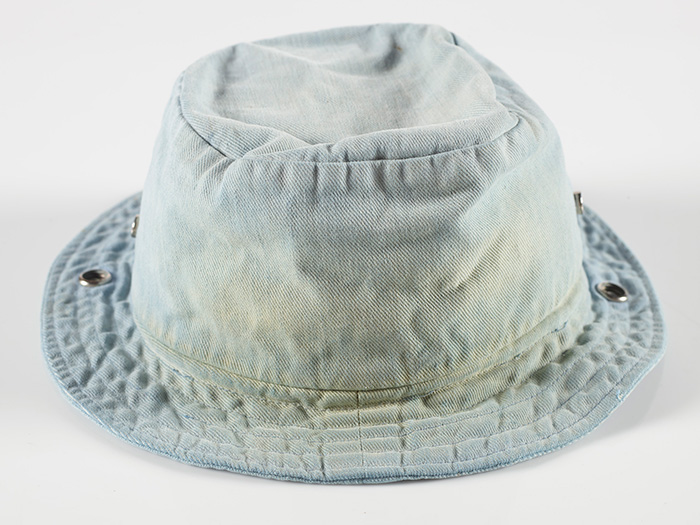 The items were gifted to Te Papa by Fred Dagg’s creator John Clarke in 2002, and are being put on display for three months following Clarke’s death earlier this year.

Curator Stephanie Gibson says Fred Dagg was an amusing and endearing character who was recognisably from New Zealand, a typical Kiwi bloke who had a smart, satirical view on New Zealand culture and politics.

“Fred Dagg first hit TV screens in the early 1970s, at a time when satire and parody were rare. Clarke managed to walk a fine line between poking fun at New Zealanders, particularly the blokey farming culture, while making us proud.

“When you see these items of clothing together, you instantly recognise them as being Fred Dagg’s. He’s a cultural icon and after his passing away aged 68 in April it’s fitting they’re put on display at Te Papa,” she says.

Gibson wrote about Fred’s clothing in an essay which was published in Looking Flash: Clothing of Aotearoa New Zealand, saying the outfit was developed in his first few television appearances and then became so synonymous with Dagg that he couldn’t change it even if he wanted to.

“Most of it was recycled. The shorts were trousers ripped off at the knees from his employer’s wardrobe (the New Zealand Broadcasting Corporation). The gumboots were a mismatched pair 'found somewhere'.

“The woollen singlet was inspired by sheep shearers and therefore 'obligatory'. Clarke actually had three black singlets to choose from: two cotton ones for summer and a woollen singlet for winter. However, he usually wore the cotton ones as the wool became scratchy when performing under hot stage lights.”

The Fred Dagg hotspot will be on display on Level 2 outside Soundings Theatre from July 26 till October 23. Free entry.