Whānau, kai, storytelling and learning will feature in Matariki Rising, a 10-day festival which kicks off with an iconic public event on the waterfront and culminates in the popular Kaumātua Kapa Haka performance.

Matariki Rising runs from June 16 to 25 at Te Papa, and throughout June at Wellington Museum, The Dowse Art Museum in Hutt City, Expressions in Upper Hutt, Pātaka Art + Museum in Porirua, and Mahara Gallery in Waikanae.

Matariki is celebrated when the star cluster known as Matariki and Pleiades rises in the sky during winter. It marks the end of the calendar year and signals the beginning of the new year according to the Maramataka, or the traditional Māori lunar calendar. 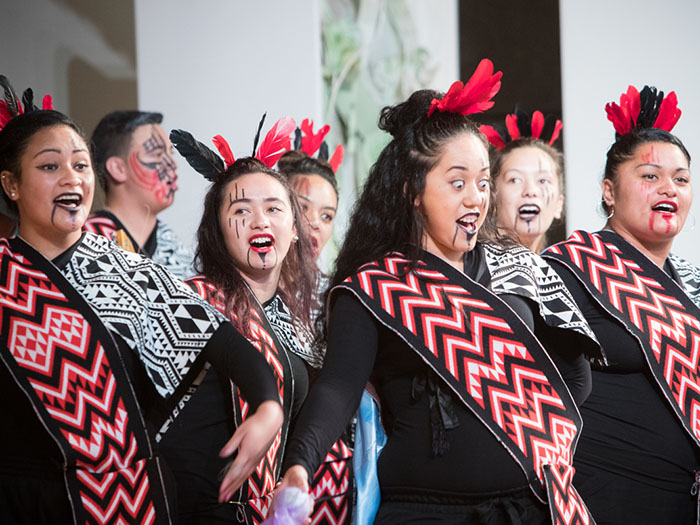 “Matariki marks the passing of the old year and the beginning of the New Year, according to the Māori lunar calendar.

“It’s a celebration that is unique to New Zealand and provides an opportunity to come together, to acknowledge who we are, to express love for these islands that we call our home and foster quality relationships between each other and the natural world.”

The 10-day-long celebration will begin on Friday, June 16 at 7pm with a celebration and ritual for all ages on the Wellington waterfront.

The ritual will be centred around a fire where storytelling will take place including the creation of the world according to Māori tradition and the story of Tāne who adorned the heavens with stars. Food will be cooked upon the fire and its aroma will be used to farewell and release loved ones who have passed in the previous year.

“We’ll then ask participants to come forward with small mementoes of their loved ones which will be placed upon the fire, as a ritual to honour, farewell and acknowledge the year that has ended and to offer gratitude and thoughts for the year to come,” Dr Royal says.

The festival will offer a range of public events around three themes: whānau and rēhia (entertainment); whānau and kai (food); and whānau and ako (learning).

“This year’s programme includes storytelling workshops for different age groups, kai demonstrations, and performances. These events cover the themes of entertainment, food and learning which encapsulate the spirit of Matariki,” Dr Royal says.

Matariki Rising will close with the popular Kaumātua Kapa Haka performance on Saturday, June 24 and Sunday, June 25. This will see more than 400 Kaumātua from Invercargill to Whangarei participating in a mass Kapa Haka event in Soundings Theatre at Te Papa.

“Kaumātua Kapa Haka is an impressive spectacle and it is always a highly anticipated showcase of some of New Zealand’s most experienced entertainers,” Dr Royal says.

The long term vision is to establish Matariki festivals as New Zealand’s own internationally recognised indigenous celebration, he says.

“Matariki has the potential to be elevated to an event of national identity comparable to the likes of Chinese New Year or Holi in India, Nepal and Sri Lanka. These events are about celebrating who we are and where we are, and reconnecting us with each other and with nature.”

Matariki Rising will be preceded by a month-long Matariki education month.

Te Papa acknowledges the financial support received from the Wellington Regional Amenities Fund which has enabled Te Papa to lead the collaboratation with these participating venues to deliver this year’s festival.

The Wellington Regional Amenities Fund continues to support cultural events throughout the region and is financed by the region’s own local government councils.