Sir Peter Snell to make golden donation to the nation

The most unusual item being gifted by Sir Peter is a shoe he wore while winning gold at the 1960 Rome Olympic Games. The right shoe was made for Snell by running coach Arthur Lydiard, and bears Lydiard’s signature.

Sir Peter, his wife, two daughters and two granddaughters will be welcomed onto Te Papa’s marae at 9am on Tuesday 18 April. The powhiri is not open to the public.

After the powhiri, a special display will be opened at the museum, featuring the two Olympic gold medals and the shoe. These three items will be on show at Te Papa from 18 April until 23 July 2017, and all fourteen items will be part of New Zealand’s national history collection in perpetuity.

Te Papa Chief Executive Rick Ellis said the museum was humbled by Sir Peter’s decision to donate the items to the national collection.

“Te Papa is incredibly excited to receive these pieces of our sporting history, and be able to share them with New Zealanders,” Mr Ellis said.

“We are looking forward to welcoming Sir Peter and his family onto our marae, and celebrating his gift to the nation.”

Rick Ellis said that Sir Peter was excited about the opportunity to share the items, and their stories, with young New Zealanders.

“As well as seeing these items up close and personal in the museum, Te Papa can bring Peter Snell’s story to life, using video, virtual reality and digital storytelling,” said Mr Ellis.

“Every kid in New Zealand will be able to get a taste of the determination and grit that took Sir Peter Snell to the top.”

In 2015 Te Papa bid at auction for a singlet thought to be that worn by Snell at the Tokyo Olympic Games in 1964. The singlet was withdrawn from sale by the auction house after the museum raised doubts about its authenticity. 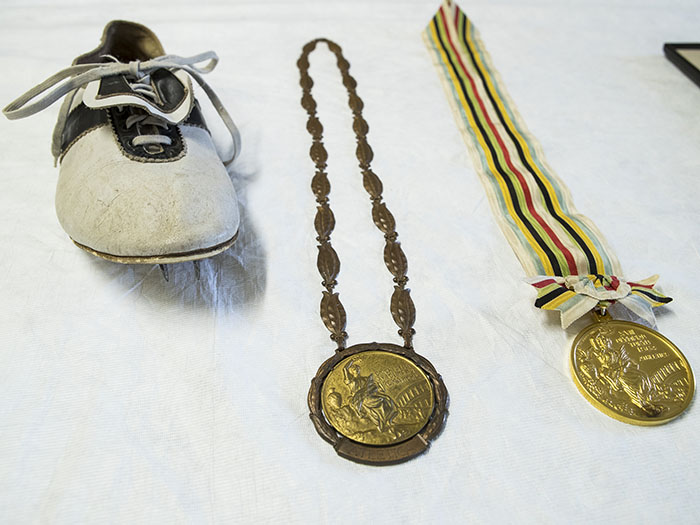