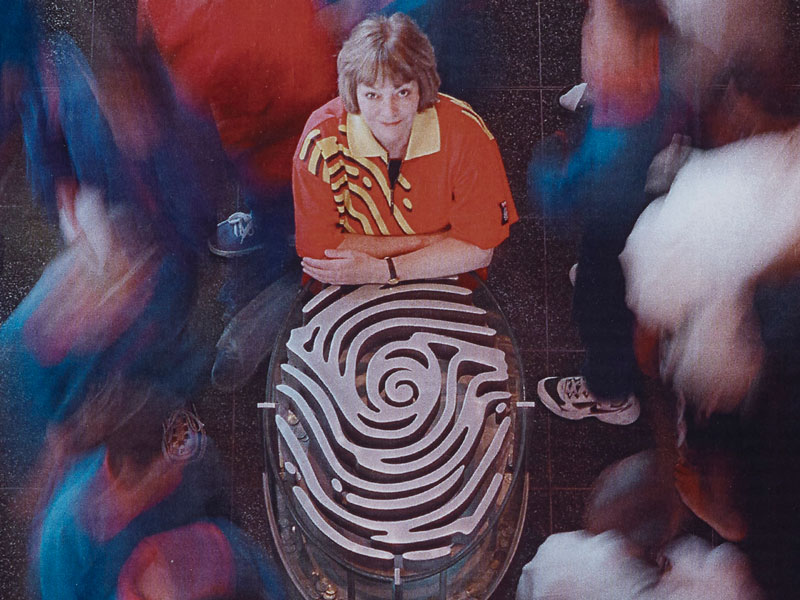 “Her spirit of innovation, of challenging the status quo, is part of Te Papa’s DNA.”

“In creating this unique place for all New Zealanders, Dame Cheryll helped change the way we see ourselves, and our place in the world.”

In 1992, Sotheran was appointed as the founding Chief Executive of the planned Te Papa, which was to be created from the merger of New Zealand's National Museum and National Art Gallery.

Te Papa was said to be the world’s biggest museum construction project of the 1990s.

Working with Kaihautū Cliff Whiting, who died earlier this year, Sotheran was the visionary who drove the huge and often controversial project forward.

Under the glare of national scrutiny, Sotheran led the complex project, from the intellectual frameworks that informed the innovative multi-disciplinary museum, to the elaborate earthworks and construction that saw a hotel moved off the waterfront site on wheels to accommodate the massive new structure.

“The opening of Te Papa on 14 February 1998, on time and under budget, can be attributed to Dame Cheryll’s determination and vision,” says Te Papa’s current Kaiautū Dr Arapata Hakiwai, who worked alongside Sotheran during those formative years.

“Cheryll had an unwavering belief in a new kind of museum, and was determined to create an experience that was different - a bicultural space that was exciting and challenging and open to all.”

Hakiwai said the passing of Sotheran, after the loss of Cliff Whiting in July, was poignant as the museum approached its twentieth anniversary.

“This year we have lost the two true creators of Te Papa.”

“As we approach our twentieth anniversary, we take inspiration from the courage and creativity of those early years.”

After the opening of Te Papa, Sotheran played down any personal sense of accomplishment.

When asked if she felt “vindicated” by the positive response to the museum on opening, Sotheran told The Dominion: "Vindicated is not the word I would use as I have always believed profoundly in the project.”

"I am far more pleased for the team than anyone else that they are getting the approval ratings and that the experience is being recognised for what it is, which is a very interesting, exciting, challenging look at New Zealanders and their identity."