Children’s book author and spider expert Simon Pollard has been nominated in the New Zealand Book Awards for Children and Young Adults.

His book The Genius of Bugs, published by Te Papa Press, has been shortlisted for the Elsie Locke Award for Non-Fiction.

“I love bringing natural history stories to life for younger readers, as they introduce them to the exciting world of science and discovery,” Dr Pollard says.

Illustrated with up-close, dramatic bug photography throughout, The Genius of Bugs is filled with bug tales, facts and figures that showcase bug ingenuity and reveal astounding bug behaviour.

Featuring New Zealand and international examples, the book features a roll call of some of the world’s most incredible bugs – from the sneaky portia spider to the killer brain-surgeon jewel wasp, to New Zealand’s king of the creepy crawlies, the wētā.

“This year’s shortlist reminds us that books are powerful vehicles for helping children make sense of their world and gain a better understanding of themselves and others,” says convenor of judges at the awards, Pam Jones.

The finalists in the 2017 awards are selected across six categories: Picture Book, Junior Fiction, Young Adult Fiction, Non-Fiction, Illustration and te reo Māori; and the Best First Book category. There were 152 entries submitted for the 2017 awards.

“I feel very pleased to have been shortlisted,” says Dr Pollard, “and would like to thank Te Papa Press for producing such a wonderful-looking book.”

Te Papa publisher Nicola Legat says: “Te Papa Press is absolutely delighted that the effort we and Simon Pollard invested in this title has been recognised by the judges.”

Simon Pollard is the author of the award-winning I Am a Spider (2004) and I Am an Insect (2002). He is a frequent contributor to Natural History (US), and has written for BBC Wildlife (UK), New Zealand Geographic, and Nature Australia magazines.

Award winners will be announced on the evening of 14 August.

The Genius of Bugs can be bought from all good bookstores and from tepapa.govt.nz. 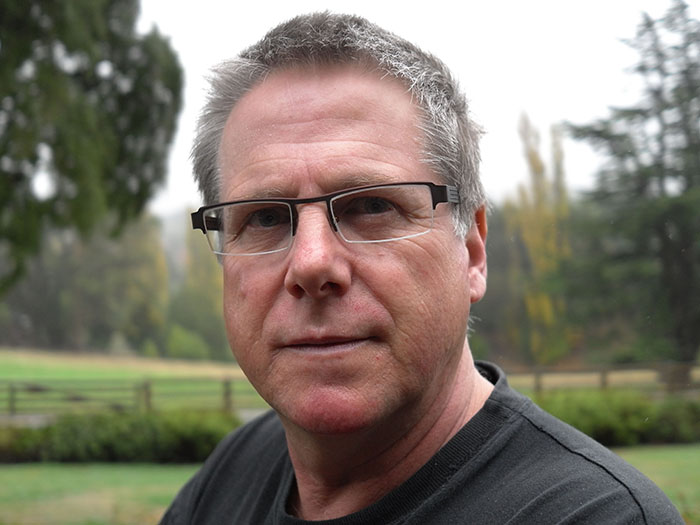 Te Papa Press is the publishing arm of the Museum of New Zealand Te Papa Tongarewa. It creates popular, highly-respected and award-winning books about the art, culture and natural world of Aotearoa New Zealand, for readers everywhere. 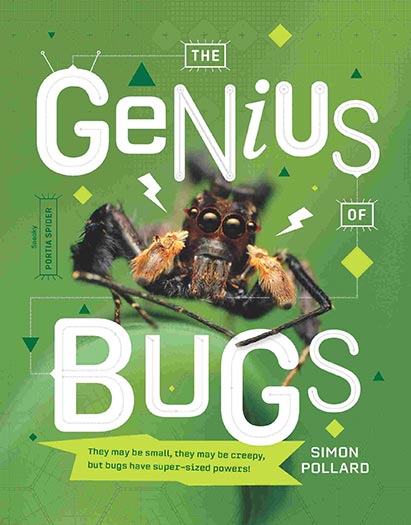 The Genius of Bugs reviews

“Ahead of a major exhibition at Te Papa comes this superb survey of bugs in breath-taking close-up by a Kiwi spider biologist whose favourite jungle is his back garden.”

“His [Simon Pollard] book, The Genius of Bugs, introduces children to a cast of the most ingenious insects, from the master-of-disguise orchid mantis to the killer brain-surgeon jewel wasp.”

“The Genius of Bugs is a tribute to the infinitely amazing behaviour to be found in the insect world. The richest joy of this book, however, is reading Simon Pollard’s prose… The Genius of Bugs is one of those special books which young readers carry around to read bits aloud from.”