The wonders of the world in LEGO bricks at Te Papa

Let’s Go Build, a festival of LEGO activities for all ages, opens at Te Papa from 9 December–18 February.

One of only 14 LEGO Certified Professionals globally, Ryan McNaught (aka Brickman) will be bringing some of the world’s most iconic landmarks and masterpieces made exclusively from LEGO® bricks to Te Papa this summer.

Ryan McNaught and his team has spent a jaw-dropping 4,944 hours building the 50 LEGO masterpieces that will be on display including the Taj Mahal, Michelangelo’s Statue of David, The Great Wall of China, the Empire State Building (complete with King Kong), the Leaning Tower of Pisa, and the Arc de Triomphe. 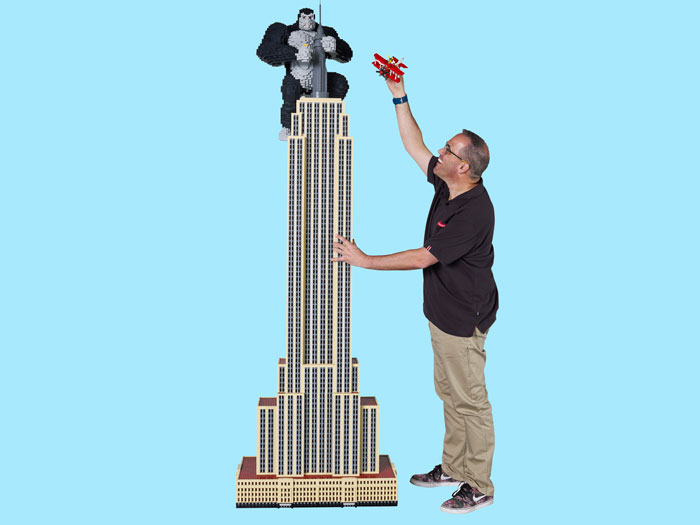 Geraint Martin, Te Papa’s Chief Executive says: “The love of LEGO crosses generations. Is it the colours of the bricks, the tactile experience, or the endless possibilities of the things you can create that has made LEGO such a world-wide success? I think it’s all these things and that it’s just great fun.  I’ll see you there.”

Ryan McNaught says: “It’s such an honour to bring our millions of LEGO bricks in the shape of the wonders of the world to Te Papa. I’ve been a visitor many times and to be able to exhibit this time is pretty awesome!”

Visitors will be taken on a historical journey through time, with the opportunity to discover more about each attraction – real life and LEGO life! Ryan will also be enlisting the building skills of the public to help with some of the model making, creating a truly interactive and imaginative experience.

There will be a whole programme of activities events for children and adults to enjoy over this two month festival of LEGO activities.

“It’s super interactive with lots of activities for LEGO fanatics to get involved in. LEGO fans will have the chance to build a statue of themselves next to the mighty Statue of David, and they can also help me build some LEGO cars for the traffic jam around the Arc de Triomphe. There’s so many hands-on things to get involved with – hopefully all the budding builders in Wellington are up for the challenge!” says Ryan McNaught.

This exceptional event comes direct to New Zealand following huge success in Australia where it premiered.

“This is like nothing that has been seen before in NZ. Every model is brand new and infinitely more detailed than anything I’ve ever created,” says Ryan McNaught.

Tickets go on sale on 6 November, but register your interest now at ticketek.co.nz/letsgo