On Friday 13 July, the Museum of New Zealand Te Papa Tongarewa will hold a pōwhiri (welcome) to mark the return home of 17 Māori and Moriori ancestral remains from the United States of America and Germany.

The 16 tūpuna (Māori ancestor) and karāpuna (Moriori ancestor) have been repatriated from the De Young Museum in San Francisco, Yale Peabody Museum in Connecticut, and the Rautenstrauch-Joest-Museum of World Cultures in Cologne, Germany.

The toi moko and kōiwi tangata will be brought on to Rongomaraeroa Marae, Te Papa at 9am on Friday 13 July at the beginning of the ceremony.

Te Papa’s Kaihautū (Māori Co-leader), Dr Arapata Hakiwai has been a strong advocate for the repatriation of Māori and Moriori ancestral remains for over 25 years.

“I am pleased Te Papa’s work is continuing to bring Māori and Moriori ancestors home. Through this process we are building relationships with international institutions to understand the immense value of repatriation to the iwi belonging to these tūpuna and karāpuna,” says Dr Hakiwai.

One of the ancestors returning is a toi moko repatriated from Cologne Germany. He came into the Rautenstrauch-Joest-Museum of World Cultures in 1908 after being acquired from an ethnography dealer in England. According to the dealer’s records he obtained the ancestor in 1906 from well-known English dealer and collector William Ockleford Oldman.

Te Herekiekie Herewini, Head of Repatriation at Te Papa, says it is important to re-connect ancestral remains with their iwi homelands.

“Our ultimate aim is to ensure the safe return of Māori and Moriori ancestors to their uri (descendants). Through this work, the ancestors are embraced by their whānau, comforted by the spirit of the land, and once return to a peaceful enduring slumber.”

The ancestral remains will be welcomed home at the national museum by Māori and Moriori descendants on Friday 13 July 2018. 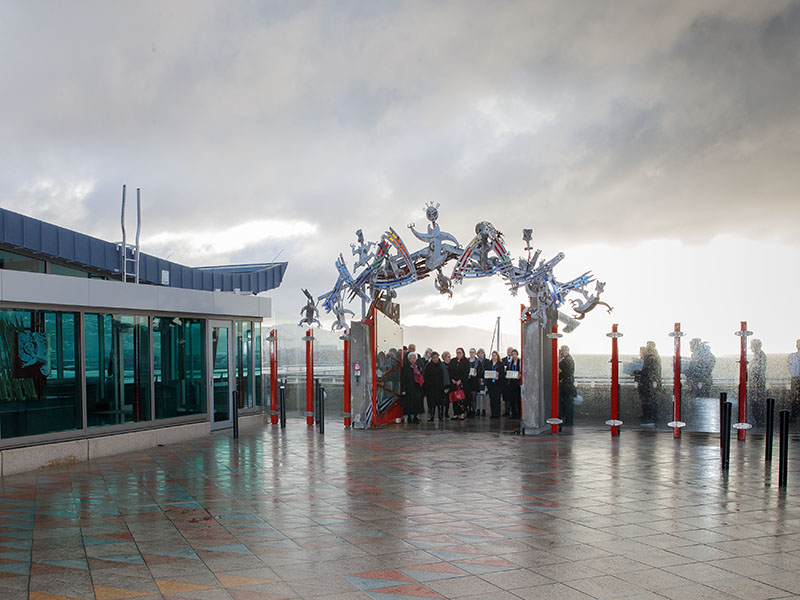 Karanga Aotearoa is a government programme with the mandate to negotiate the return of human remains to New Zealand. Since its inception in 2003, the ancestral remains of more than 450 individuals have been returned from institutions around the world.

The work of Te Papa’s repatriation programme is built on initiatives that begun in the mid-1980s.

As well as repatriating remains to New Zealand from overseas, the Karanga Aotearoa has this year been part of returning ancestors from New Zealand museum collections to their source communities in Rapa Nui (Easter Island) and the US.

Many New Zealanders maybe familiar with well-known English dealer and collector William Ockleford Oldman’s South Pacific Collections. Shortly after the end of World War II, in 1948 the New Zealand Government purchased his extensive collection of cultural treasures originating from many Pacific Nations including New Zealand. These treasures are now distributed through many museums throughout Aotearoa New Zealand.

“During our work in the USA, we also returned an ancestor originating from Tsetesetse (San Juan Island) in Washington State. The descendants of this ancestor were extremely gracious, and openly received their ancestor with dignity and respect during an intimate ceremony held in their sacred repository.”

Over the next three years Te Papa is planning to return more ancestral remains in its wāhi tapu (sacred repository), in particular to their nations of origin in the Pacific.