Ours: Twenty Objects from Te Papa

A unique creative collaboration between RNZ and Te Papa will mark the museum’s 20th anniversary this week by showcasing an eclectic and surprisingly diverse collection of national treasures.

From PM Jacinda Ardern’s encounter with the sled of her Antarctic hero, to Lynda Topp meeting the knitted likeness of Camp Mother, RNZ’s new podcast series Ours brings New Zealanders face to face with objects from Te Papa collections. 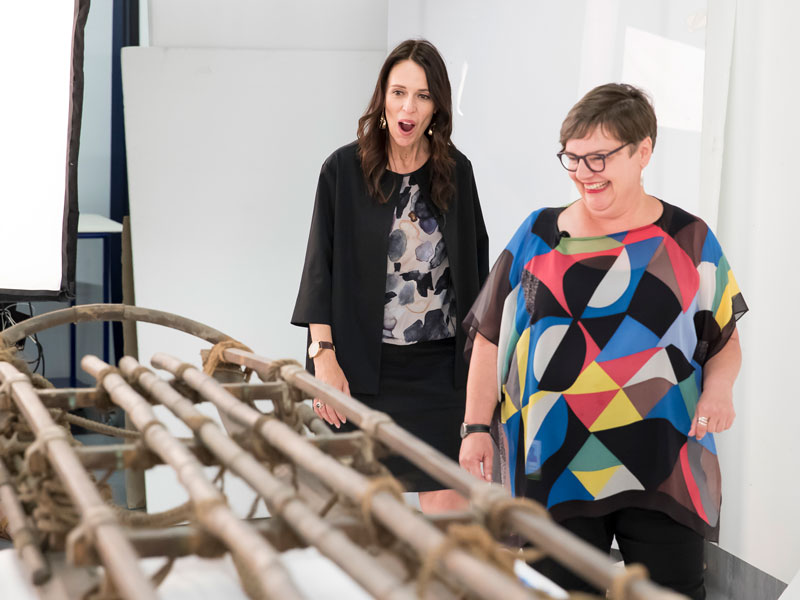 Presented by Noelle McCarthy, each episode features an object from the Te Papa collection, a chat with its museum curator, and a conversation with New Zealanders who have a personal, and sometimes passionate, connection to the object.

Original podcasts will be supported by online resources with videos, still images and additional information available to enhance the on air broadcasts.

From silver ferns and a suffragette medal, to a protest helmet and patu parāoa, the selected items, both large and small, reflect moments that united us and some that divided us.  These surprising objects help tell our story.

“Te Papa’s collections belong to all New Zealanders and we are always finding new ways of sharing them. We know many Kiwis have a particular object they are obsessed with, and Ours gives an insight into that passion, as well as revealing new stories about the objects themselves. There is always more to discover about the objects we care for, and new stories to tell.”

For series presenter, Noelle McCarthy, the project provided an opportunity to explore the depth and diversity of taonga at Te Papa:

“What a thrill to be introduced to this extraordinary collection of taonga by Te Papa's wonderful curators and then hear of the beautiful, unexpected connections people have with them.  I can’t wait to share these stories with listeners, from the Prime Minister's first encounter with a sled belonging to her hero Ernest Shackleton, to a nine year old boy's passion for the colossal squid.”

Twenty episodes of Ours, each between 5 and 7 minutes long, will be broadcast on RNZ National (101 FM) on Jesse Mulligan’s Afternoon show.  The first episode will be on Tuesday 13th February at 3.35 pm – a day ahead of Te Papa’s 20th anniversary. Broadcasts continue each week for twenty weeks.

Ours: Twenty Objects from Te Papa can be viewed online at www.rnz.co.nz and on Te Papa's website at tepapa.nz/ours

The project has been created in collaboration with Bird of Paradise, a media production company run by Noelle McCarthy and John Daniell.