Two exhibitions at Te Papa this winter take viewers back to an era of radical change in New Zealand: The New Photography – Life in the 60s and 70s and Gordon Walters: New Vision.

“With two very different exhibitions we examine a period of radical social change, when New Zealand’s identity was being interrogated through art,” says Davy.

The New Photography – Life in the 60s and 70s, curated by Te Papa Photography Curator Athol McCredie, features the work of eight photographers who led the way at this time of social change.

The companion book The New Photography tells the story of the beginnings of contemporary photography in New Zealand. The 216-page hard cover book is $70.00 and will be released this month.

The 1960s and 1970s saw a new breed of photographers who captured the period in black and white, from the ever-present Post Offices and portraits of the Queen to long-haired youth carving out a social scene behind deserted weekend streets.

From someone asleep on the Picton ferry to a girl licking the escalator bannister at a department store, these were not the kind of images that audiences expected to see.

Curator Athol McCredie says the images were often rejected by the established photographers of the era.

“These incredible images were often viewed with disdain by older photographers who saw them as indulgently subjective, and focussing on things too ordinary to be considered worth a photograph,” he says.

“They did not fit any of the established genres – and for general audiences at that time, they simply didn’t make much sense.”

The exhibition includes audio interviews with the photographers and will be accompanied by a playlist of rock and jazz music of the period.

Alongside the photography, the works of one of New Zealand’s most influential modern artists will also be on display in Gordon Walters: New Vision.

The exhibition, developed by the Auckland Art Gallery Toi o Tāmaki and the Dunedin Public Art Gallery, has already drawn crowds in Auckland, Dunedin, and Christchurch.

The Wellington-born artist and graphic designer is one of New Zealand’s most influential modern artists, with his works instantly recognisable to many.

The title New Vision references a breakthrough moment in Walters’ career in 1966 when he presented 12 radically abstract geometric paintings, inspired by his study of Māori art, at the New Vision Gallery in Auckland.

Head Te Papa Head of Art Charlotte Davy says that over 110 of Walters works will be on display.

“This is a unique opportunity to examine the breadth of more than fifty years of Gordon Walters’ work,” she says. 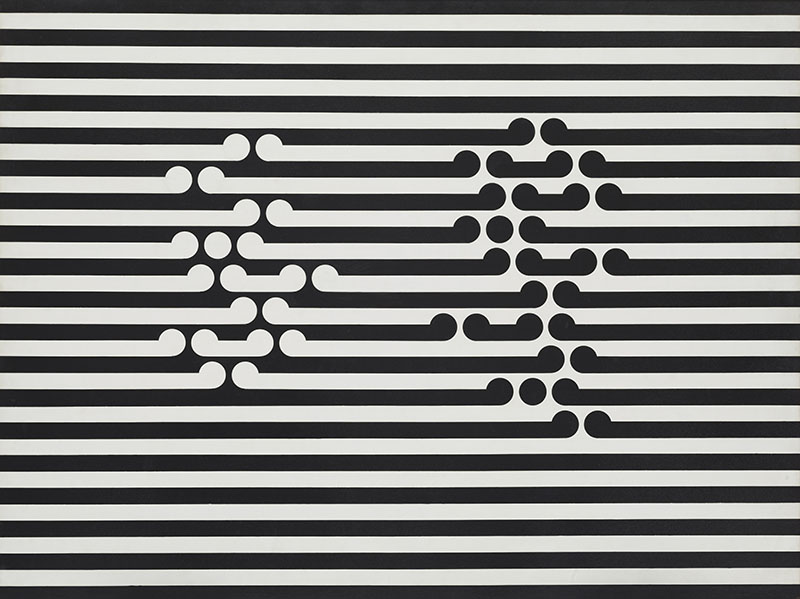 Contemporary New Zealand photography as we know it today was founded by a group of young photographers working in the mid-1960s and into the 1970s. Their photography was social documentary but also highly personal, both in their choice of subject (usually the environment to hand) and in their often informal, spontaneous approach. It was documentary in the sense that it was not staged, but a record of life unposed. The New Photography examines this particular photographic moment in history.

Leading photography curator Athol McCredie tells the story of the beginnings of contemporary photography – also known as art photography – in New Zealand. Through interviews with the photographers Gary Baigent, Richard Collins, John Daley, John Fields, Max Oettli, John B Turner, Len Wesney, and Ans Westra, and accompanied by an outstanding introductory essay, McCredie shows how the break-through approach of personal documentary photography created a new field of photography in New Zealand that was not simply illustrative but rather spoke for itself and with its own language.

More information about the book

Walters is best known for his rhythmical black and white koru paintings in which he explored the dynamics of positive and negative space. Resolutely abstract, these works remain as powerful today as when they were first presented.

The exhibition has been developed and toured in partnership by the Auckland Art Gallery Toi o Tāmaki and the Dunedin Public Art Gallery.

Dropbox folder of images with captions and credits