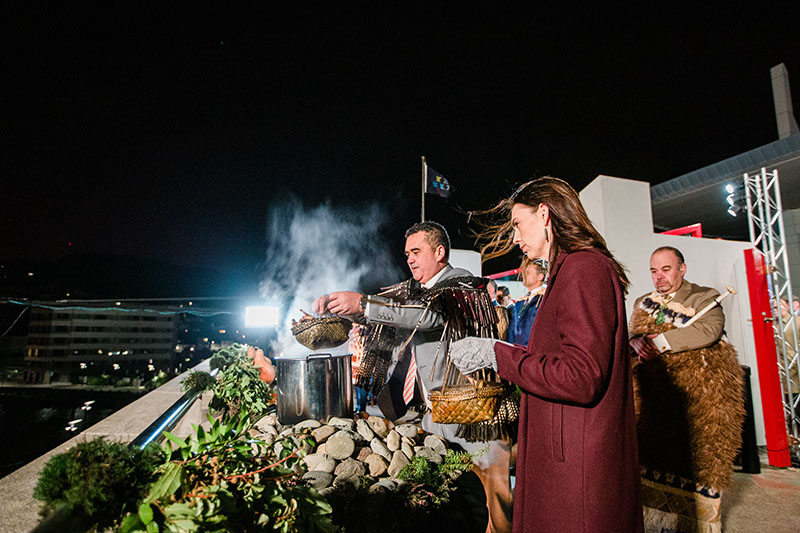 Images and video from official launch ceremony – see end of release for captions.

The rising of the star cluster Matariki | Pleiades in the southern hemisphere midwinter marks the start of the Māori New Year. There are rich traditions and knowledge around the rise of Matariki that are unique to Māori culture and New Zealand’s place in the world.

“It feels incredibly symbolic to me, that stars that have been so integral in navigation by our ancestors, form now a waypoint on our journey as a nation. This waypoint in our journey offers us the chance to come together as families, but also as a nation, under the stars of a bright, optimistic, and hopeful Matariki,” Ms Ardern said.

The hautapu ceremony involves the cooking of kai connected to stars in the Matariki cluster. Steam from the kai is released to feed the stars, and tohunga|experts look to the appearance of the star cluster and share aspirations for the year ahead.

Sir Pou Temara led the hautapu ceremony. “This is a moment that future generations will look upon and say – this is when we came of age," Sir Pou Temara said.

Professor Rangi Matamua, who led the Matariki Advisory Committee that guided the creation of the new public holiday, observed the stars this morning.

“Matariki is something to share as a nation and to forge us together under one identity,” Professor Matamua said.

Matariki is traditionally a time for family and friends to gather, reflect on the past, celebrate the present, and plan for the future.

Photos – all photos credit Te Papa. Not for commercial use.