New Zealand experimental film-maker Martin Rumsby captured this Super 8 footage of Tony Fomison at work, which is presented for the first time in Lost in the Dark.

“After studying Art History for several years I found that I had more questions than answers and so sought out a number of New Zealand artists in person to help clarify my thoughts.

“Tony was one of these artists and he was extremely generous with his time and, in a way, mentored me, as he did with many other young and aspiring artists. We had a rich and valued friendship which shaped my thoughts and perceptions of art and artists. 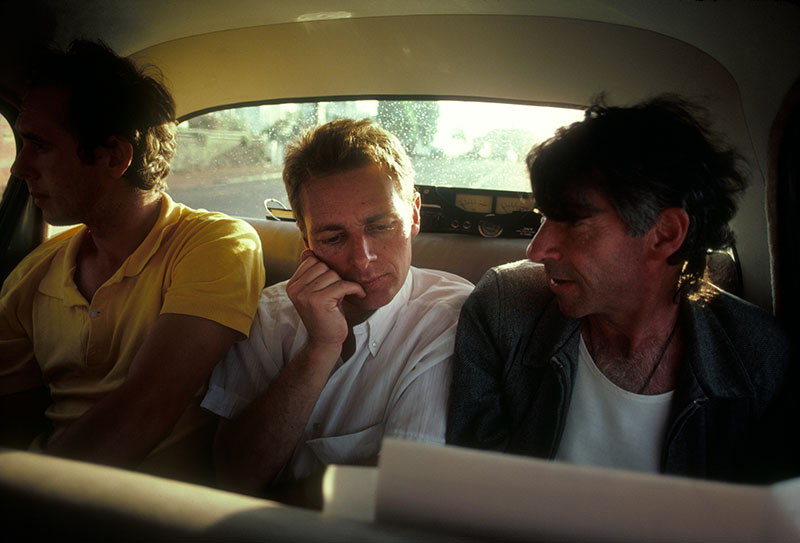 Chris Barrett from Alternative Cinema, Martin Rumsby, and Tony Fomison. “I think that was when we were driving to pick up Theo Schoon in early 1985,” Rumsby says. Photo by and courtesy of Marcel Tromp

“Tony taught me a lot in regards to my interests in art and anthropology, which he would have called inter-generational and inter-cultural communication.

“He was quite ambivalent about the School of Paris and its modernist descendants, although I believe that an argument could be made for Tony’s work on modernist and post-modernist grounds. An exercise that Tony would have had little time for. Tony believed instead in the pictorial and narrative functions of painting as a traditional means of communication. This also tied in quite closely with his belief in and adherence to the social role of the artist.” 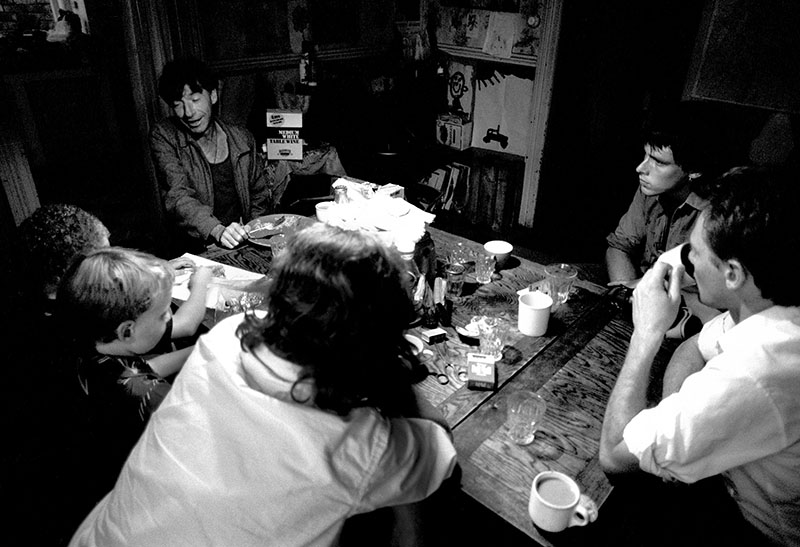 Tony Fomison and friends at the artist’s kitchen table in Grey Lynn, date unknown. Tony Fomison is top-left. Martin Rumsby is on the right, drinking from a cup. Photo by and courtesy of Marcel Tromp