“I only learnt to speak Hokkien in my 20s to connect with my roots, and more importantly to communicate with my grandmother.”

Hsen-Han Khoo talks about his relationship with Hokkien. 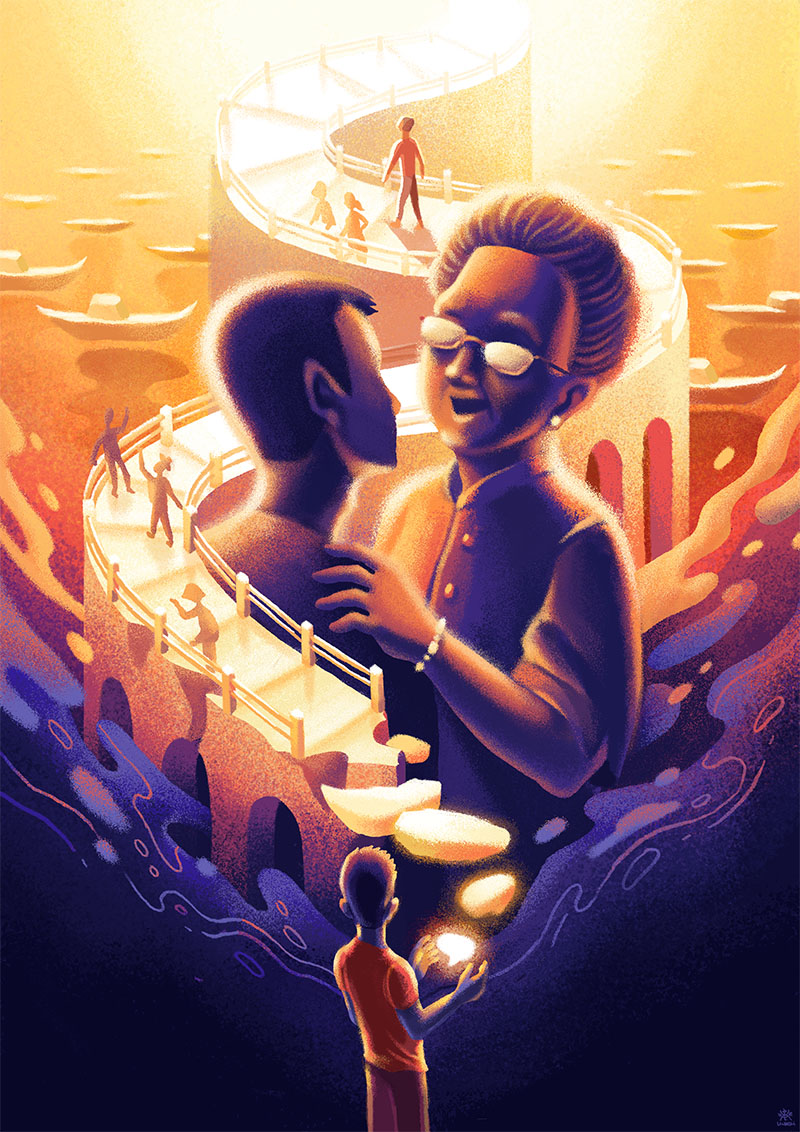 I am 35, of Hokkien descent. I grew up in Kuala Lumpur but have been in Auckland for the past 20 years. I speak a variant of Hokkien from the south of Malaysia which is derived from the Quanzhou variant in China where our families came from a few generations ago.

I only learnt to speak Hokkien in my 20s to connect with my roots, and more importantly to communicate with my grandmother.

Back in 2008, there were next to no learning resources and I could only learn from my mother, whom I forced to start speaking to me.

It was not easy learning a language with only one person to speak to, but we gradually built up ’til I was able to start conversing with my grandmother in Malaysia. Being so far away, it was over multiple trips that I was able to start talking to her and develop a close relationship in her later years. She has since passed on, but I will always have fond memories of her and our conversations, from the very broken Hokkien initially to the better years.

To continue using the language, I recently started a small group in Auckland that meets to speak and practice Hokkien. We try to meet at least once a month for social activities (meals, karaoke, bubble tea), but choose to speak in Hokkien.

I am still not 100% fluent and still sound like “angmoh”, but this is a journey that I am glad I chose to take.

At the get go, I wanted to capture the essence of Hsen-Han’s relationship with the Hokkien language, and felt the best way to do this was to show the nature of that relationship and the motivations that shaped it.

After speaking with Hsen-Han, my biggest impression was that his story was a learning journey. Specifically a journey starting with limited resources, using what little was available to gain fluency over time to forge a deeper connection with his grandmother and a Hokkien cultural identity. Here, the Hokkien language sort of presented itself as a bridge founded on small foundational building blocks – a bridge that channelled relationships both external (with his grandmother) and internal (with cultural identity).

Out of this, it seemed natural to present the bridge as a central piece in the illustration, as representative of the Hokkien language and the journey to learn it. It anchors the main motivator of the journey, an interaction between Hsen-Han and his grandmother, to signify how this journey was integral to crossing the language barrier into a deeper connection . It also serves as a path linking Hsen-Han’s starting point as distant from his Hokkien roots, his grandmother, and to where Hsen-Han is on the learning journey now – ongoing.

The bridge is built by blocks emanating out of a single speech bubble, representing the word-by-word explanations that helped start the learning journey. Several figures converse on the bridge to represent the Hokkien-speaking group Hsen-Han currently hosts. The journey, while starting off as personal, has become a platform for others to join in that same path. Beyond the bridge, boats dot the horizon to reference both Muar, a town in the south of Peninsular Malaysia, and a village near Quanzhou – both riverside towns where Hsen-Han’s Hokkien dialect comes from.

I hope my illustration does justice to Hsen-Han’s story, and that our collaboration will in some way resonate with you.