The eyes of the colossal squid

In a living colossal squid they measure about 27 cm across — about the size of a soccer ball. Another incredible feature of the colossal squid is that the eyes are equipped with light organs. 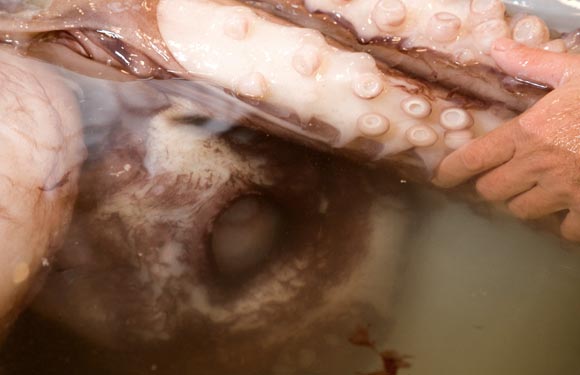 One of the first views of the enormous eye of the colossal squid. The eyeball is about 27 cm in diameter, around the size of a soccer ball, with a smaller opening. 2014, Te Papa 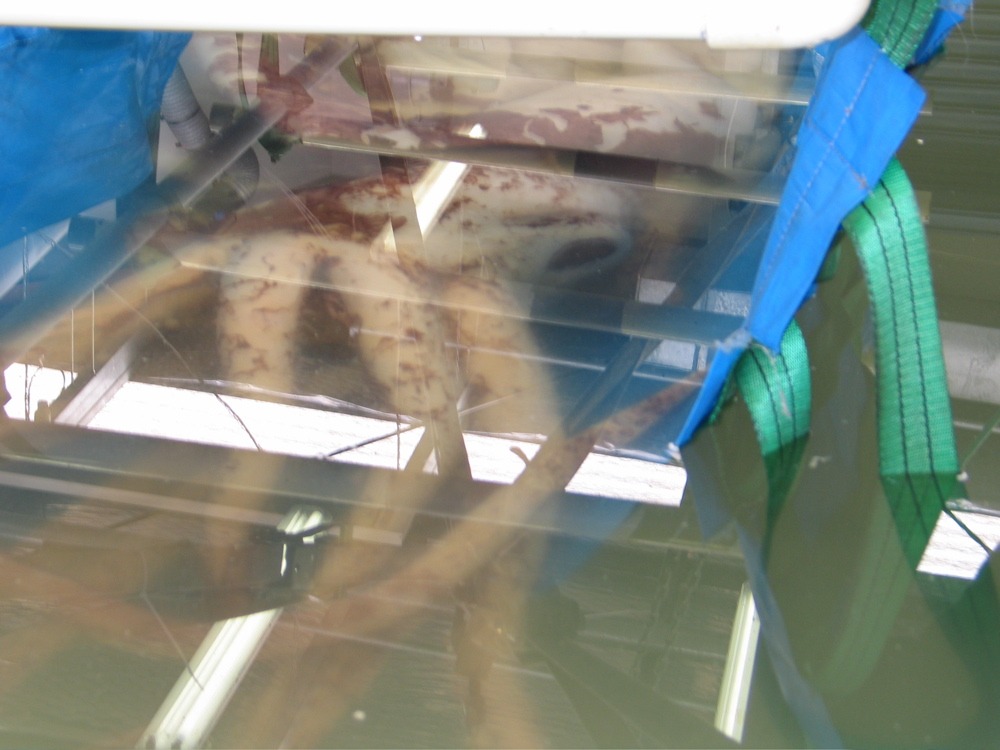 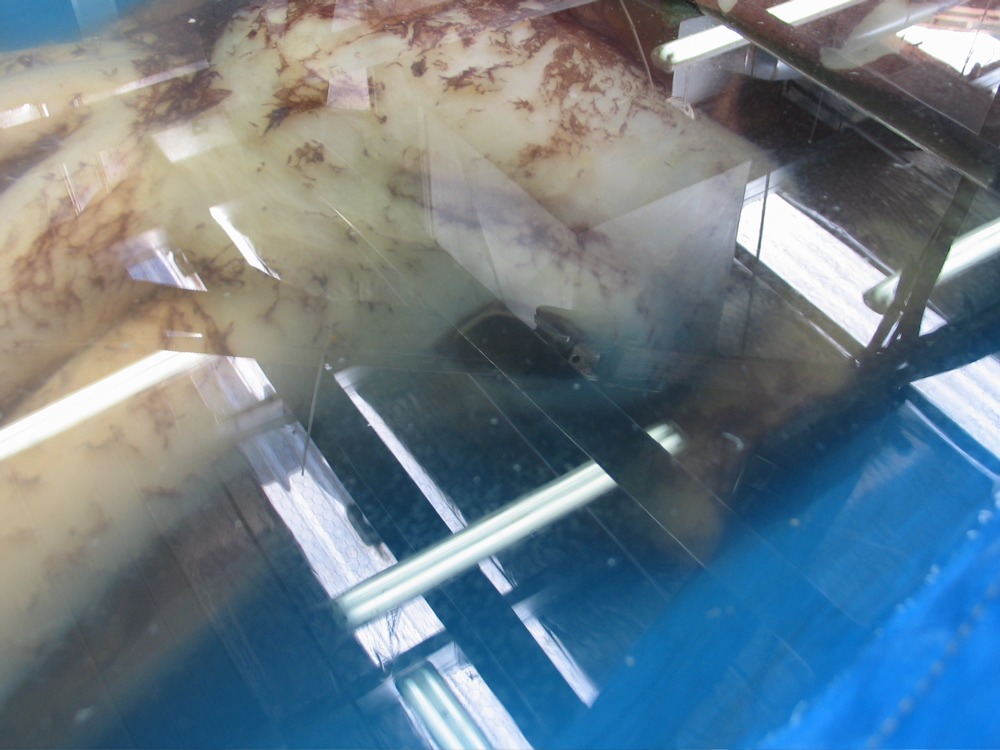 Huge eyes — great for seeing in the dark

Vision is very important to colossal squid. They use their eyes to see and catch prey, to watch for predators, and to see each other. With huge eyes and built-in headlights, the squid is well equipped for life in the dark depths of the Southern Ocean.

The colossal squid's eyes are placed so they face forward, giving the squid binocular, or stereoscopic, vision. The giant squid, in contrast, has eyes placed on each side of the head. It can see forwards and behind to detect predators, but does not have the binocular vision needed to judge distances.

Type of eye and how it works

The eyes of cephalopods (squid and octopus), like those of the colossal squid are very like vertebrate 'camera eyes'. They contain a single lens that focuses images onto a retina lining the concave rear surface of the eye.

As in all cephalopods, the lens is in two pieces — two parts of a single lens. The lens is spherical and 80-90 mm diameter, about the same size as an orange.

During the dissection of the smaller colossal squid, the scientists examined the eye and the optic lobe. This is the part of the squid's brain that processes the visual information coming from the eye.

The optic lobe of the smaller colossal squid was the size of a small sausage. This is larger than the entire visual cortex of a human (the visual cortex is our 'optic lobe'), and shows how important vision is to these huge squid.

The colossal squid, like many squid, has light organs — one on each eyeball. Each light organ is a vertical band on the rear of the eyeball, beside the outer edge of the lens.

The light organs, or photophores, are used like headlights. When the eyes turn inwards to focus directly in front of the arms and tentacles, the light organs provide enough light for the squid to see its prey in the dark. Using binocular vision, the colossal squid can accurately judge the distance the tentacles need to move to strike and grab the prey.

The light from the photophores is produced by a chemical reaction involving bacteria, and is a type of bioluminescence. The light stays on all the time. Many deep-sea animals show this kind of bioluminescence. Some squid, like Taningia, have light organs at the ends of their tentacles.

Why does the colossal squid have such big eyes?

Colossal squid live in very deep waters in the ocean, at about 1,000 metres below the sea surface, where sunlight does not penetrate. Human eyes have a visual threshold that can only detect light to a depth of around 500-600 metres.

The colossal squid not only has large eyes and lenses — its pupils are also large, around 80-90 mm across. A large pupil allows the eye to collect every last photon of light in the incredibly deep and dark waters where it lives.

Large eyes may also mean that the colossal squid has high spatial resolution — the ability to distinguish detail. It is possible that neural mechanisms in the optic lobe use the signals from groups of neighbouring photoreceptors, making the visual 'pixels' larger and much brighter.

With enormous eyes and a large, complex optic lobe, colossal squid have very good vision in the dark ocean depths where they live. 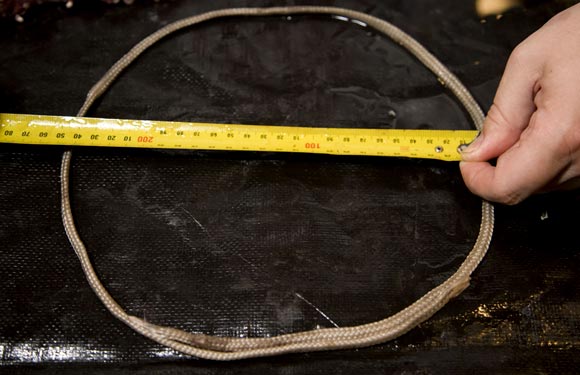 The team used a length of string to measure the circumference of the eye. The eyeball is about the size of a soccer ball, and has a diameter of about 30 cm, 2014. Te Papa

How did we find out?

The team examining the colossal squid were very keen to look at the eyes, knowing that they could be the largest eyes of any animal yet discovered. Two animal vision scientists, Professor Dan-Eric Nilsson and Professor Eric J Warrant, travelled from Sweden for the opportunity to study the colossal squid's eyes.

While the squid was thawing in the tank, the team used an underwater camera. This gave them their first view of one enormous eye, and showed that it was intact. The lens was carefully removed and stored in alcohol, and is now on display in the exhibition. An endoscope was also used to look inside one eye and study the internal structure.

The dissection of the smaller colossal squid produced another lens for study. The scientists were also able to look at the structure of the eyeball in detail, and take samples from the retina.