How big is the colossal squid on display?

Measuring the 2007 colossal squid on display

Once the colossal squid specimen had completely thawed and been unfolded in the tank, the scientists were able to take measurements. 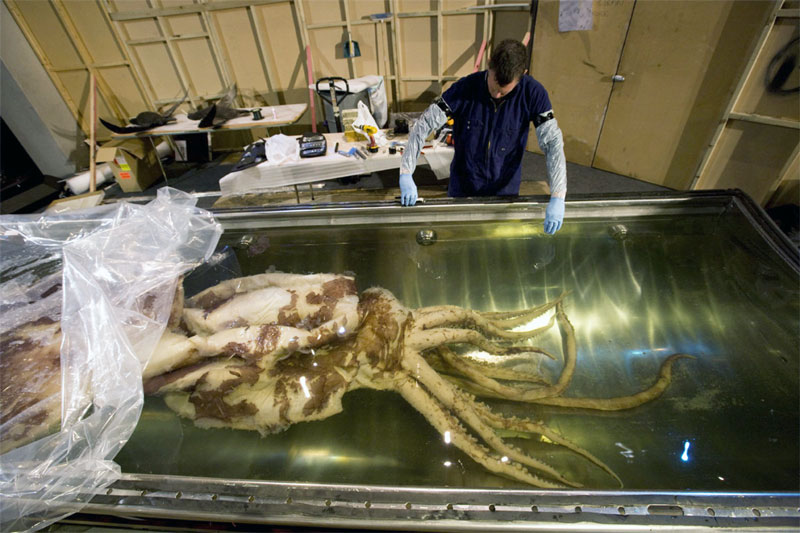 The colossal squid going into its tank, 2008. Te Papa

Original estimates of the length were between eight and 10 metres. The team quickly realised that the specimen was much shorter than this. They came up with a final total length of 4.2 metres. It seems that the two tentacles may have shortened and shrunk considerably after the squid had died.

This suggests that colossal squid are incredibly plastic animals. In order to understand the full range of variation within the species, the scientists will need to examine many more specimens.

In addition to this natural variation, the dimensions of colossal squid obviously change considerably, depending on how the specimens are treated after they have died.

Experiments carried out by Te Papa staff using the commercial arrow squid (Nototodarus sloani (Gray)) showed that fresh specimens can shrink by up to 22 per cent when dehydrated using alcohol solutions. It's thought that the large colossal squid specimen dehydrated during the 14 months it spent in the freezer, causing it to shrink.

The size of the beak of a squid is used as an indicator of the overall size of the animal. The measurement used is the lower rostral beak length, or LRL.

The LRL of the 495 kilogramme specimen was 42.5 millimetres. Beaks up to 49 millimetres have been found in sperm whale stomachs. Colossal squid must therefore reach much bigger sizes than the tank specimen! As the beak is made of hard, material (chitin - a polysaccharide), it is not subject to shrinkage like the other tissues. 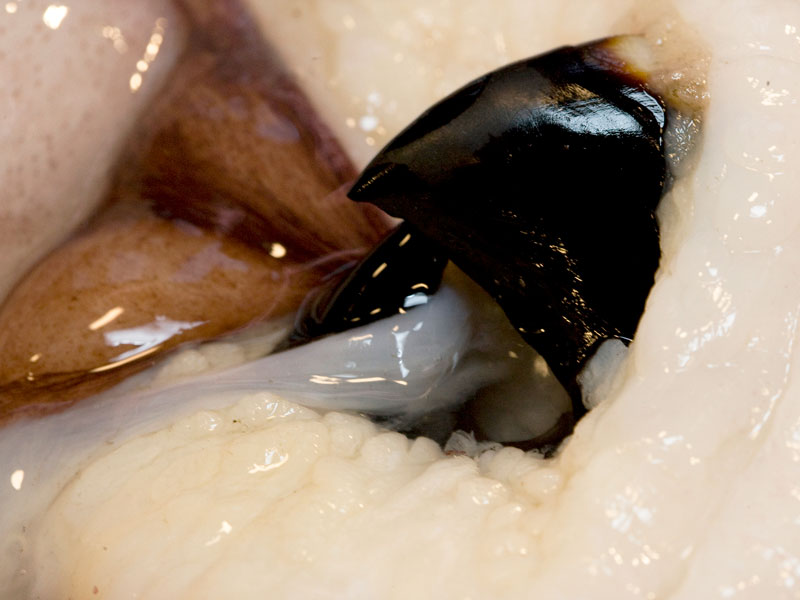