How the colossal squid feeds

The colossal squid is a predator, and it hovers in the dark depths of the ocean looking for prey.

We know that colossal squid eat toothfish — the squid on display at Te Papa was hauled up on a toothfish longline, still attached to the fish it had been eating. Toothfish caught on longlines often show signs of squid damage. Adult toothfish can grow up to two metres long, so the colossal squid is clearly a capable hunter, even in the dark.

No one has ever seen a colossal squid catching prey. But we can make some educated guesses based on knowledge of how other squid hunt.

Scientists think the colossal squid spends much of its time with its arms and tentacles held up over its head, in what's known as the 'cockatoo' position. This way, it can see prey in front of it, possibly with the help of light from the photophores, or light organs, on its huge forward-facing eyes.

To catch its prey, the colossal squid lunges forward, using its giant fins for propulsion, and lowers its arms and tentacles. It then shoots out its two 2-metre-long tentacles to catch its victim. The rotating hooks on the end of its tentacle clubs latch on to the fish and stop it escaping. 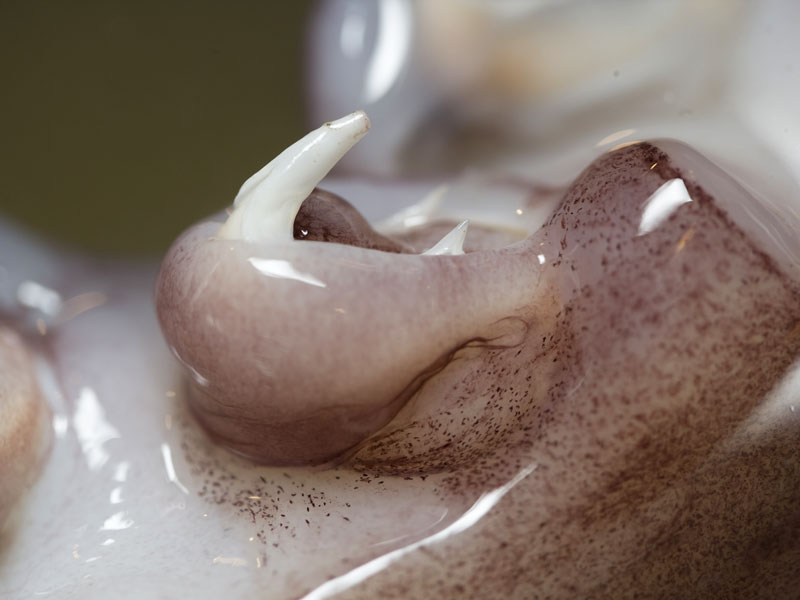 The squid then spreads its eight arms apart to expose an array of hooks and suckers. As the squid retracts its tentacles, this draws the prey within reach of its arms, which envelop the struggling fish. The arms move the fish in towards the beak, and the squid begins to feed. 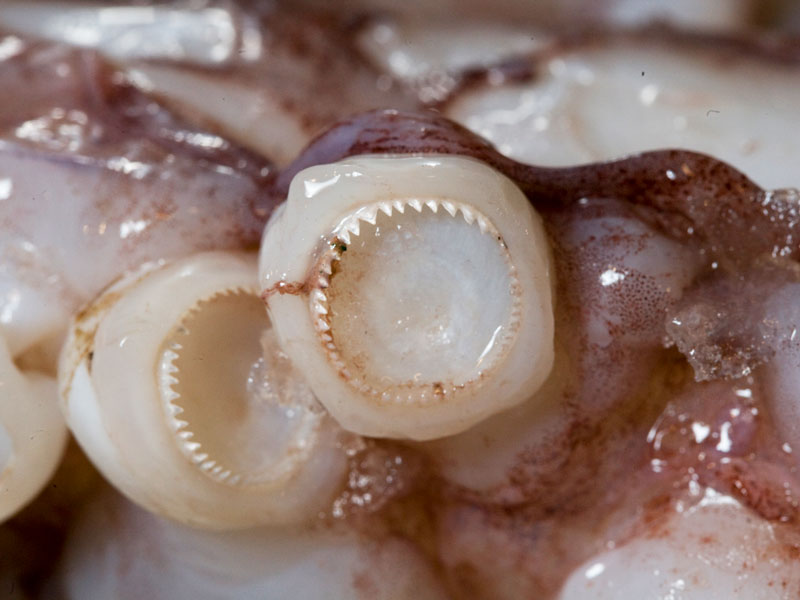 The colossal squid's beak is essentially its mouth. It's at the centre of the ring of arms and tentacles. The beak has an upper part and a lower part, like that of a parrot, but with the lower part overlapping the upper one (the parrot's is the other way around). 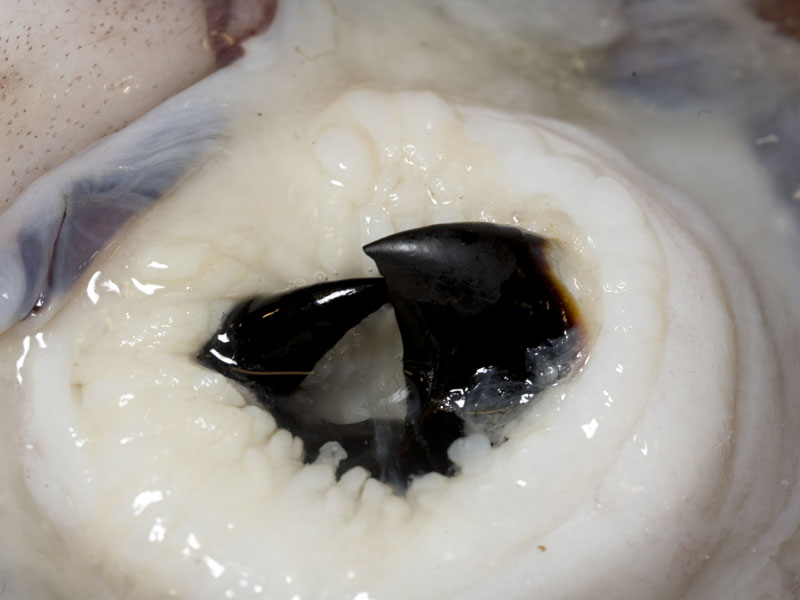 The strong, sharp beak slices through the prey's flesh, reducing it to small pieces that pass into the buccal bulb — a mass of muscle that operates the beak. The food is further shredded by the rows of teeth on the radula, and the teeth that line the palatine palps.

The chopped-up food goes through the narrow oesophagus (throat) which passes through the doughnut-shaped brain, then it goes into the stomach and caecum, where it is digested.

One toothfish may sustain a colossal squid for several days.