Crown Lynn is primarily known for its mass produced ranges of homeware. In the 1950s, the company, however, also produced several experimental ranges of hand-painted and hand-potted ceramics, commonly known as artware. Crown Lynn’s founder, Tom Clark engaged a number of practitioners to develop forward-thinking ranges, a risk which did not always pay off.

While the following practitioners’ time with Crown Lynn was fleeting, they each produced ranges that have become highly collectible.

Tom Clark employed Ernest Shufflebotham during a work-related research tour of England in 1948. Shufflebotham was a protégé of Keith Murray, a New Zealand-born potter who had worked for Wedgwood in the 1930s. While at Wedgwood, Murray had produced a series of award-winning monochromatic vases which he turned on the lathe when leather hard. While hand-made, they had a machine-like aesthetic. Shufflebotham introduced a similar aesthetic to Crown Lynn, and produced a series of hand-thrown shapes which he then turned on the lathe, and glazed a soft, creamy white. 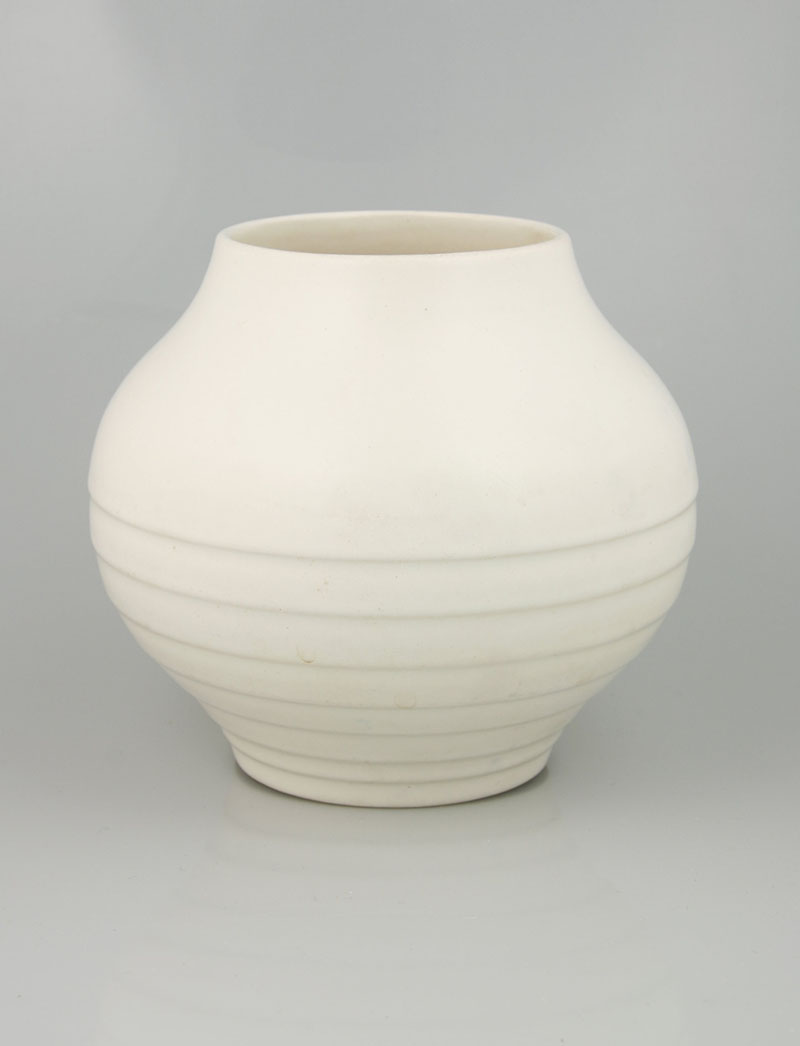 Shufflebotham’s ‘hand-potted’ range was avidly promoted by Crown Lynn as the perfect accessory for flower arranging, which was an increasingly popular domestic art. Crown Lynn’s advertising emphasised that the ‘most important feature of all flower arrangements is of course, the choice of a suitable containers’ and that Shufflebotham’s vases provided ample scope for floral arrangements that were ‘always in good taste, particularly where contemporary furnishings play their part in the modern home’. Crown Lynn engaged Berin Spiro, Auckland’s most debonair and fashionable florist, to help promote the range.

By the mid-1950s, however, Shufflebotham’s range began to fall out of fashion, and he returned to Wedgwood in England.

In later years, Shufflebotham’s vases, no longer fashionable for the home, could be found in cemeteries. In The consolation of philosophy: Piko nei te matenga, contemporary artist Michael Parekowhai captures the role of Shufflebotham’s moon-white pottery in memorialising the fallen in cemeteries across the country. The arranged flowers are artificial.

Mirek Smíšek began working at Crown Lynn in 1951, having discovered his love of clay in Australia. Born in Czechoslovakia, Smíšek left his devastated homeland at the end of World War II. He arrived in Australia by boat in 1948 as a refugee, and was one of many sent to work in the Canberra brickworks to pay off their passage. He began taking evening pottery classes, and the following year secured a job in Sydney working for Diana Potteries.

At Crown Lynn, Smíšek worked as a design assistant to Ernest Shufflebotham. During his lunch breaks he threw and decorated his own pots. On seeing these, Tom Clark invited Mirek to create a range for Crown Lynn, which he named after his birthplace, Bohemia. 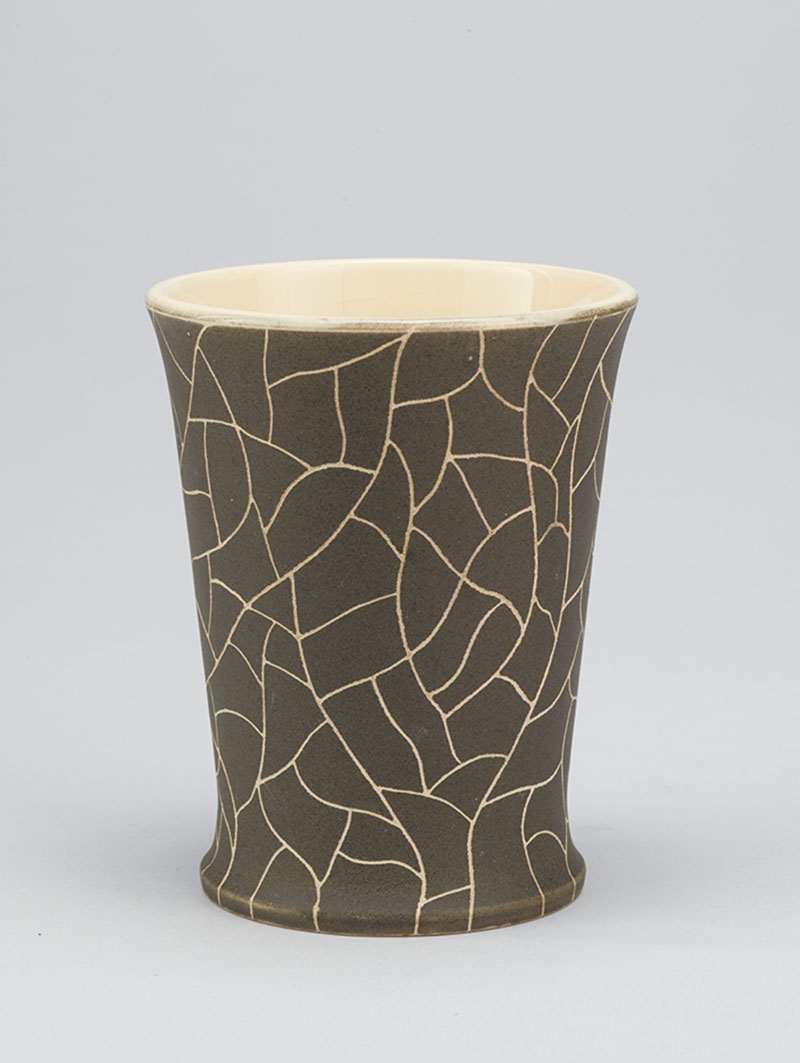 Glazed with brown-manganese-slip, Smíšek’s Bohemia Ware is characterised by a uniformity of shape and size, and flowing sgraffito designs which reveal the creamy underbody. He produced around 500 pieces.

Smíšek left Crown Lynn just after 18 months. He went on to establish a pottery studio in Nelson, and later Horowhenua. A proponent of the Anglo-Oriental tradition of studio pottery promoted by Bernard Leach, Smíšek became one of New Zealand’s first full time studio potters.

Frank Carpay was born in 1917 in South Holland, the Netherlands. In the late 1930s, he studied ceramics, metalwork, graphic art, and textile design. By the outbreak of World War II, he had joined a small pottery where he eventually became the head designer. Here, he produced decorated earthenware which he named ‘Handwerk’, a term which he used later in New Zealand. Carpay was heavily influenced by Picasso and Matisse, and in 1950, he visited Picasso’s studio in France.

In the early 1950s, Carpay sought work overseas. Inspired by a postcard of Auckland featuring palm trees, he wrote to the Mayor of Auckland, asking if there were any positions available in Auckland potteries. The Mayor passed his request on to Crown Lynn Potteries. Recognising Carpay’s potential, Tom Clark created a job for Carpay in the company’s ‘specials’ department.

Carpay’s job was to design and paint a series of works that would be exhibited through art societies and upmarket department stores. The works the public liked best would go into mass production, with Carpay supervising their manufacture. 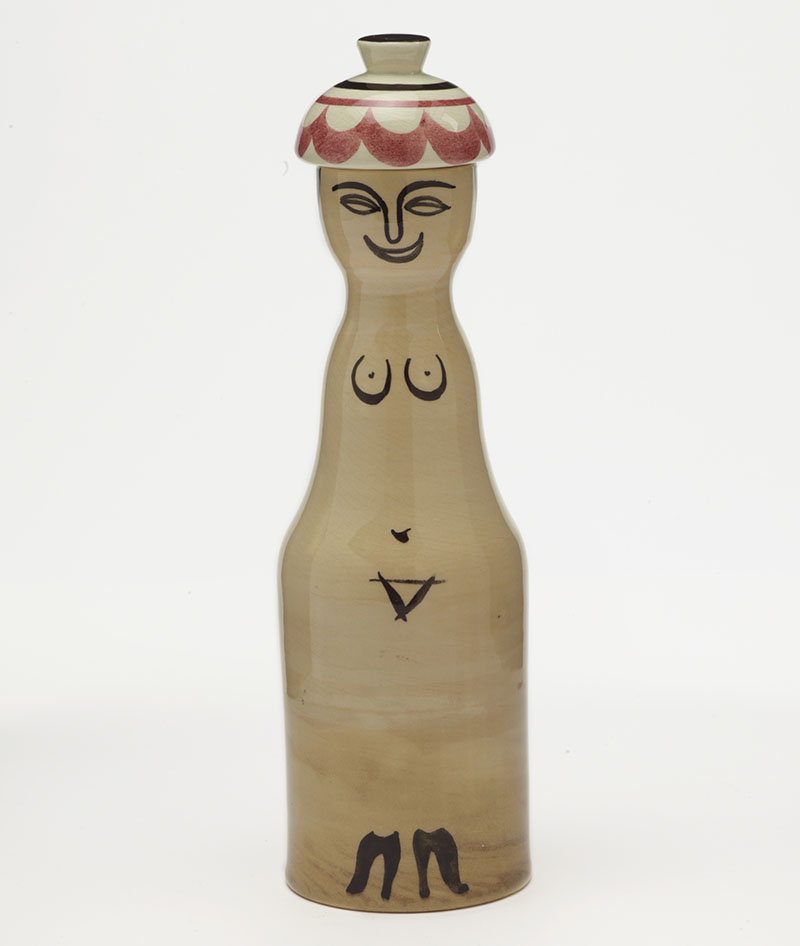 Carpay’s Crown Lynn ‘Handwerk’ designs were first shown at the Auckland Society of Arts in 1953, where they received a rapturous response. On the strength of these first works, Carpay was awarded the Esmonde Kohn Prize for Applied Arts. At subsequent showings, there were equally enthusiastic responses to Carpay’s designs. However, the works didn’t prove popular with the general public, who thought them too ‘way out’.

Carpay’s ceramics were modern in design and boldly coloured. This was in great contrast to the pale and pretty English-made ceramics that were favoured by most New Zealanders. During this time, many Kiwis still believed that locally designed and manufactured ceramics were, by definition, inferior to goods made overseas. 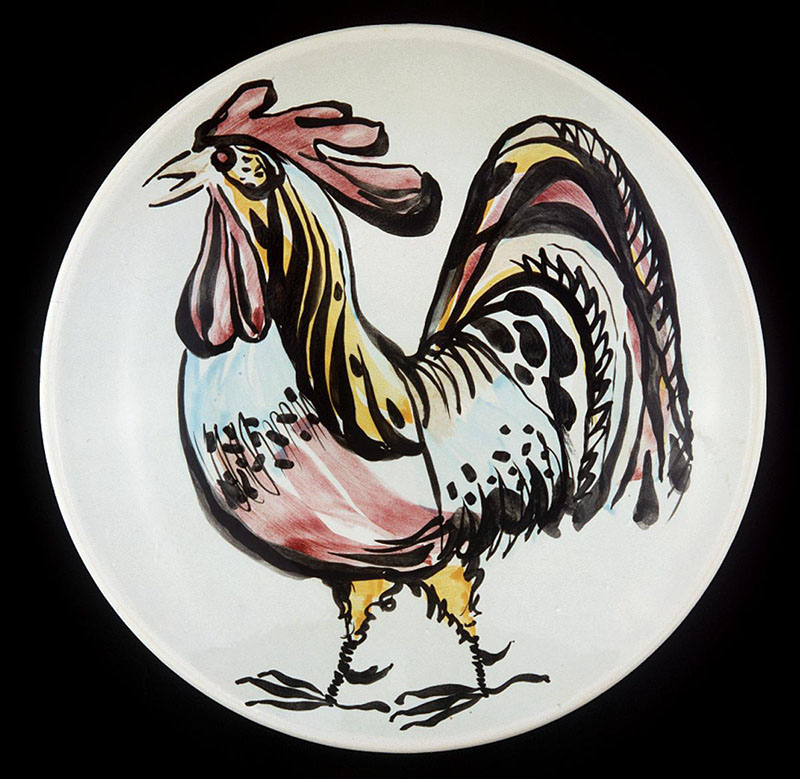 In 1956, Frank Carpay was ‘let go’ from Crown Lynn. He tried advertising, then teaching, before developing a new career in textile design and manufacturing. Under the name Carpay Designs, Frank and Carla Carpay produced a range of towelling beachwear. Frank screen-printed the fabric, while Carla cut, styled, and made the beachwear, which included towels, beach bags, shifts, jackets, and cover-ups for the sun-loving youth market.

Many of Carpay’s designs were inspired by the Pacific, preceding the current fashion for clothing based on Pacific icons. Frank Carpay also drew on a number of other New Zealand influences, including Māori rock drawings, plants, and birds. He even named one series of designs after local beaches including Ohope and Piha.