Crown Lynn has become an iconic New Zealand brand, and is frequently referenced in popular culture, contemporary art and design. Here are some examples:

The vases of Ernest Shufflebotham and Keith Murray

Unlike many of his contemporaries, Parker was not interested in the Anglo-Oriental tradition of ceramics championed by the English potter Bernard Leach and local practitioners such as Len Castle.

In the 1970s, Parker recalls that Crown Lynn had a reputation for being ‘something you shouldn’t like and shouldn’t be seen dead engaging with’. However, Parker found Shufflebotham’s hand-thrown pots, with their lathed ridges, to be a revelation.

‘When you look at them, you can see how they were made. That appeals to me – all the clues are there. You can learn so much from studying them.’

Dedicated to hand-made precision, Parker aspires ‘to [be] better than a lathe’. 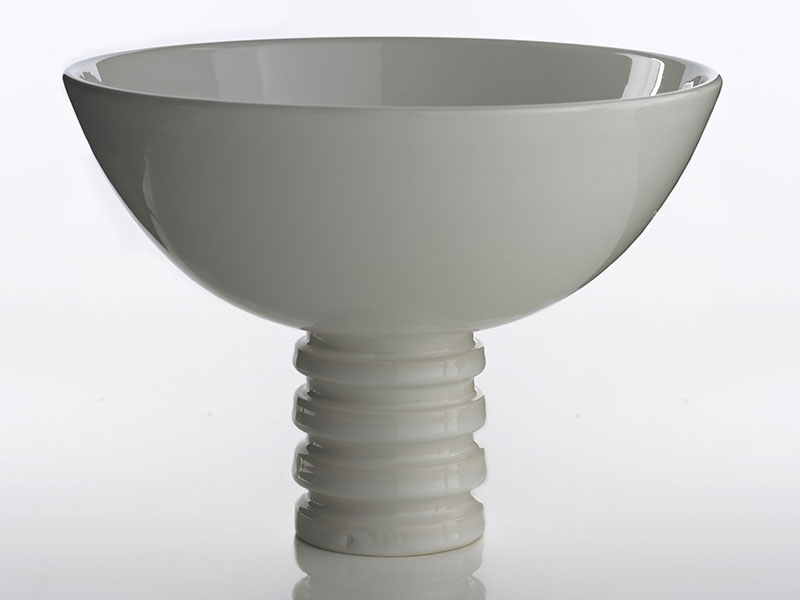 This teapot, entitled Crown Lynn Whieldon, is made by Richard Stratton, a Wellington based potter whose practice is informed by an extensive knowledge of the history of ceramics. 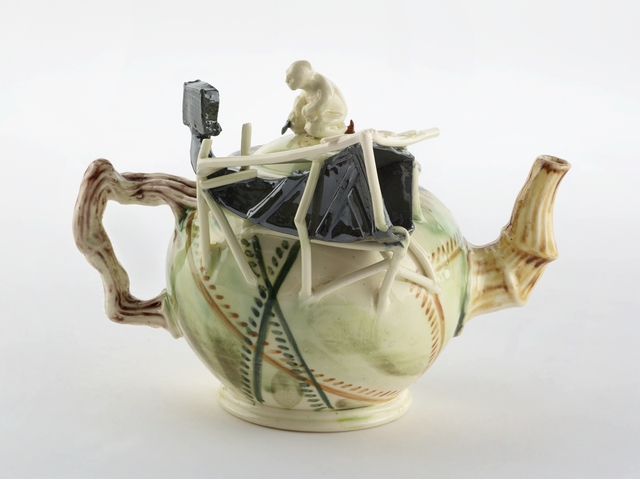 Here Stratton has decorated a teapot inspired by the work of the 18th century English potter Thomas Whieldon (1719–95), with a painterly interpretation of Crown Lynn’s Roydon Tam O’Shanter pattern, which was applied to dinner sets.

Stratton recalls the pattern from his childhood, when his parents had mis-matched plates.

Swans frequently occur in Martin Poppelwell’s installations such as Study for Strip, 2007-09. 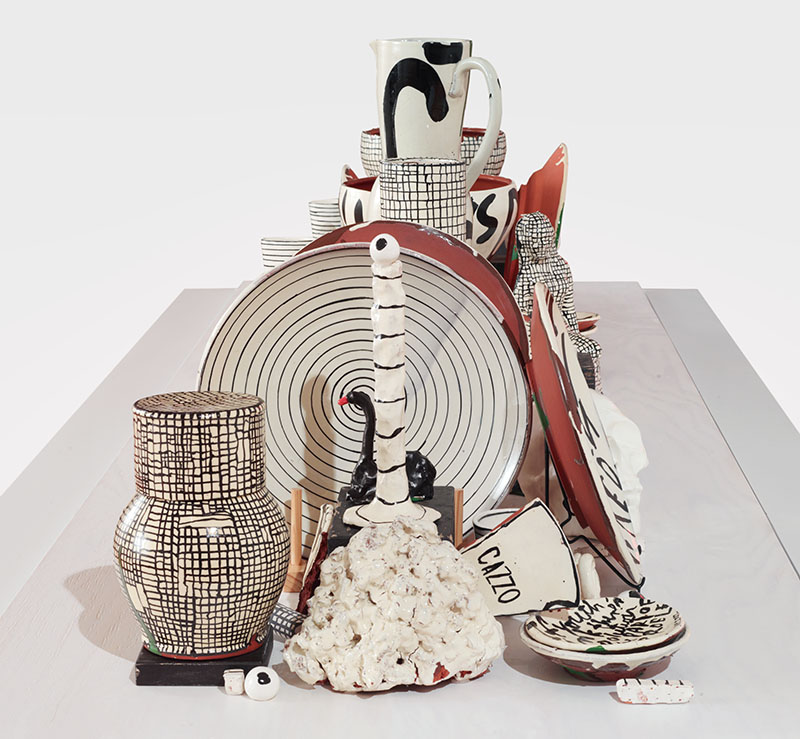 The Crown Lynn Swan, which was first made in the late 1940s, is not an original design.

The shape was copied by David Jenkin, Crown Lynn’s head designer, from an overseas model when imitation was one of the best forms of flattery and copyright wasn’t a concern.

After a fall from fashion in the 1970s, the Swan’s elegant and instantly recognisable silhouette has returned to popularity and today can be found reproduced on cushions, tea towels, furnishing fabrics and T-shirts. 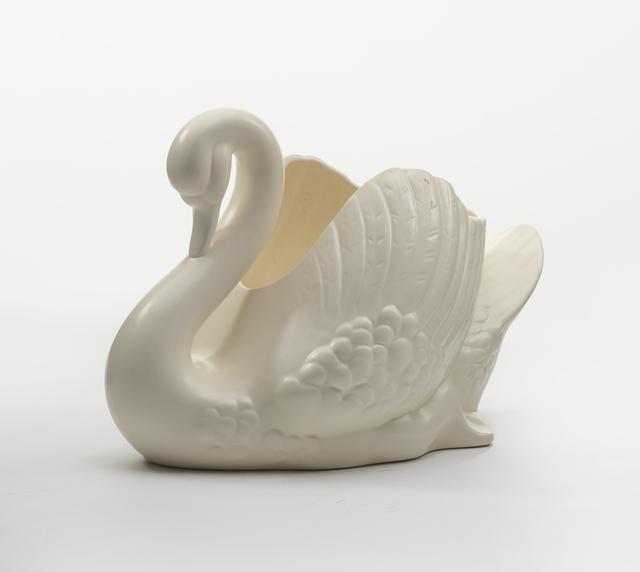 In comparison to the commercial uniformity of Crown Lynn’s moulded swans, Poppelwell’s swans show the signs of the potter’s swift and agile fingers – having been squashed, pinched, and stretched into life. They began one day on the verandah in the company of another couple of artists.

Michael Parekowahi’s series The consolation of philosophy: Piko nei te matenga, features artificial flowers arranged in a series of Crown Lynn vases by Ernest Shufflebotham. The photographs capture the role that Shufflebotham’s moon-white pottery came to play in memorialising the fallen in cemeteries across the country.

The series, which comprises 12 photographs, commemorates the soldiers of the New Zealand (Māori) Pioneer Battalion who died on European battlefields during World War I and never returned home.