One of the Te Papa collection connections with the late Queen Elizabeth II is via the photographs of Brian Brake.

Seven months after her coronation in 1953, the Queen and Prince Philip sailed on the royal yacht Britannia through the Pacific to New Zealand and Australia. On their way, they stopped at Fiji and Tonga. Brake was at this time a camera operator for New Zealand’s government-run National Film Unit and was there to cover these visits on movie film. But he also managed to get in some of his own still shots.

In Fiji, Brake only took two photographs of the Queen – one a very distant shot and another from behind. He was probably too busy recording ceremonies and celebrations for the Film Unit to focus on her. But he did take a handful of images of preparations for the events. 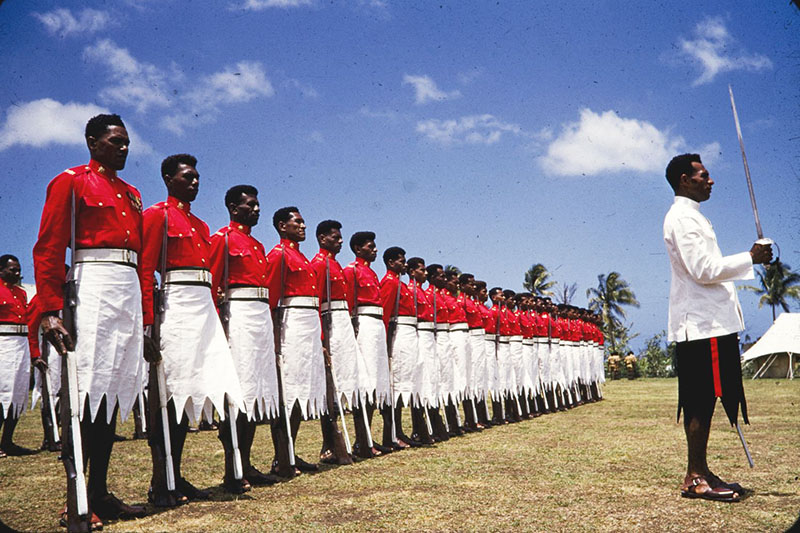 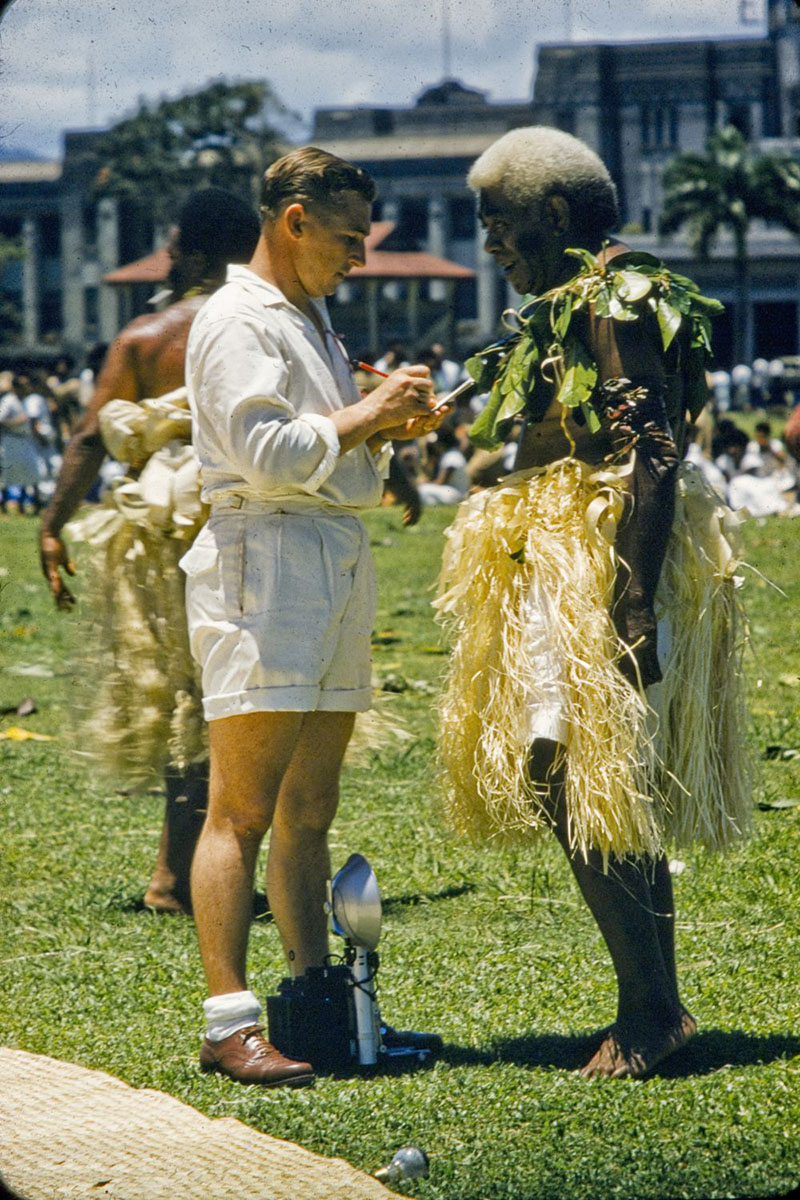 In Tonga Brake took a smaller number of images but two of these include the Queen with the Tongan Queen Sālote Tupou III, which are also captured on the Film Unit footage. Someone else must have been running the movie camera this time – either that or he gave his camera to someone else.

Unlike Fiji, which was a British colony, Tonga had never been formally colonised and had its own royal family. There was nevertheless a reason for the Queen to visit. Britain recognised Tonga as an independent nation in 1879 but also signed the Treaty of Friendship in 1900 to make it a British protectorate. This was partly to discourage German ambitions in the region by giving Britain control of Tonga’s defence and external relations.

There was also another connection between the two countries, or more exactly, between the two monarchs. When Queen Sālote took part in the 1953 London coronation of Queen Elizabeth it began to rain upon the open carriages in the procession. Hoods were raised over the carriage of the Queen and other notables, but Queen Sālote refused. Imitating the actions of the person you are honouring was frowned upon in Tongan culture. Her decision to ride unprotected in the rain won her widespread admiration and affection amongst Britons. 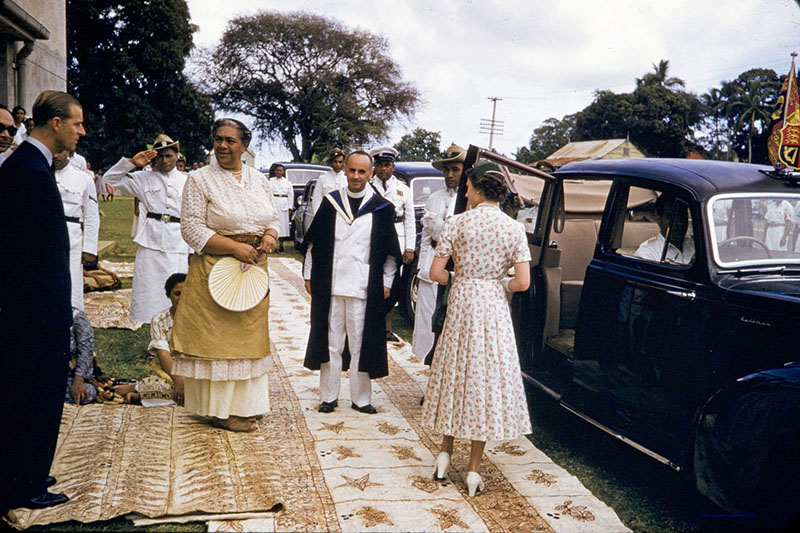 Brian Brake resigned from the Film Unit in 1954 to seek his fortune in London as a magazine photographer. He was lucky to be selected by the famous French photo agency Magnum as a trial member in mid-1955 and one of his first assignments for Magnum was to cover the Queen’s visit to Nigeria in January and February the following year. 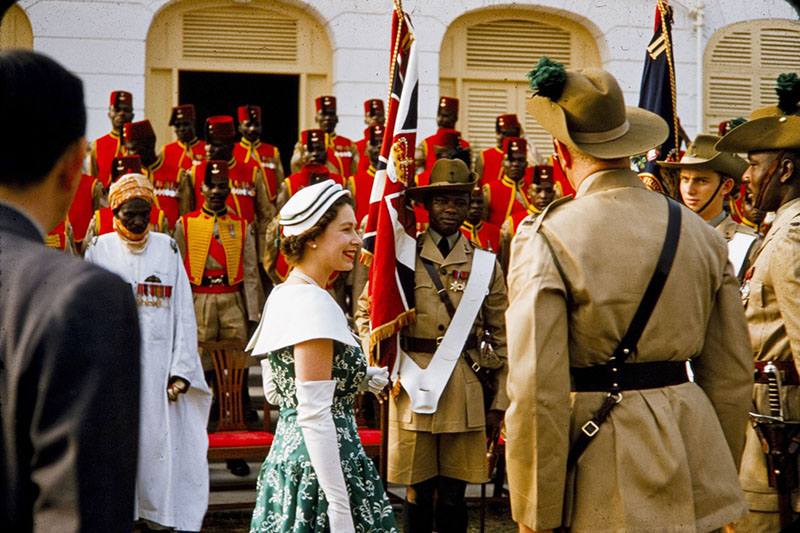 Magnum saw the occasion as a learning opportunity for Brake and advised him to watch what the other photographers were doing. Brake noted how the Paris Match photographer, in particular, stood out from the herd mentality of the large press contingent: ‘He was always sauntering around in the background, and when he moved, he moved just before he wanted the shot, then quickly melted away again. He was always on the move, never still. So I did what he did.’ 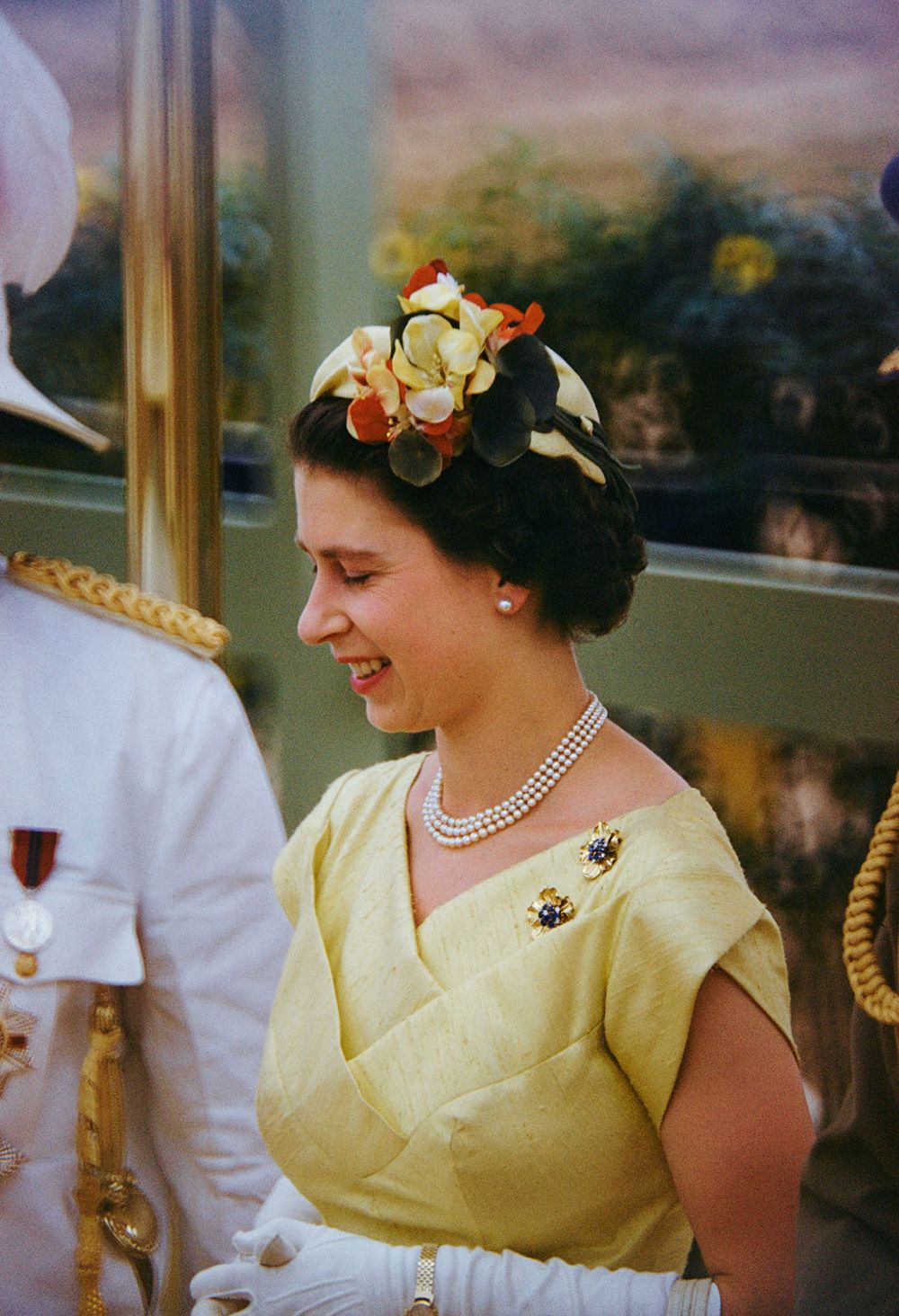 The technique seemed to work, for Brake clicked the shutter at the perfect moment as a girl handed a bouquet of flowers to the Queen. The photograph ‘went around the world’ according to the British magazine Illustrated, who reproduced it in full page colour at a time when photos in the big picture magazines were mostly black and white. 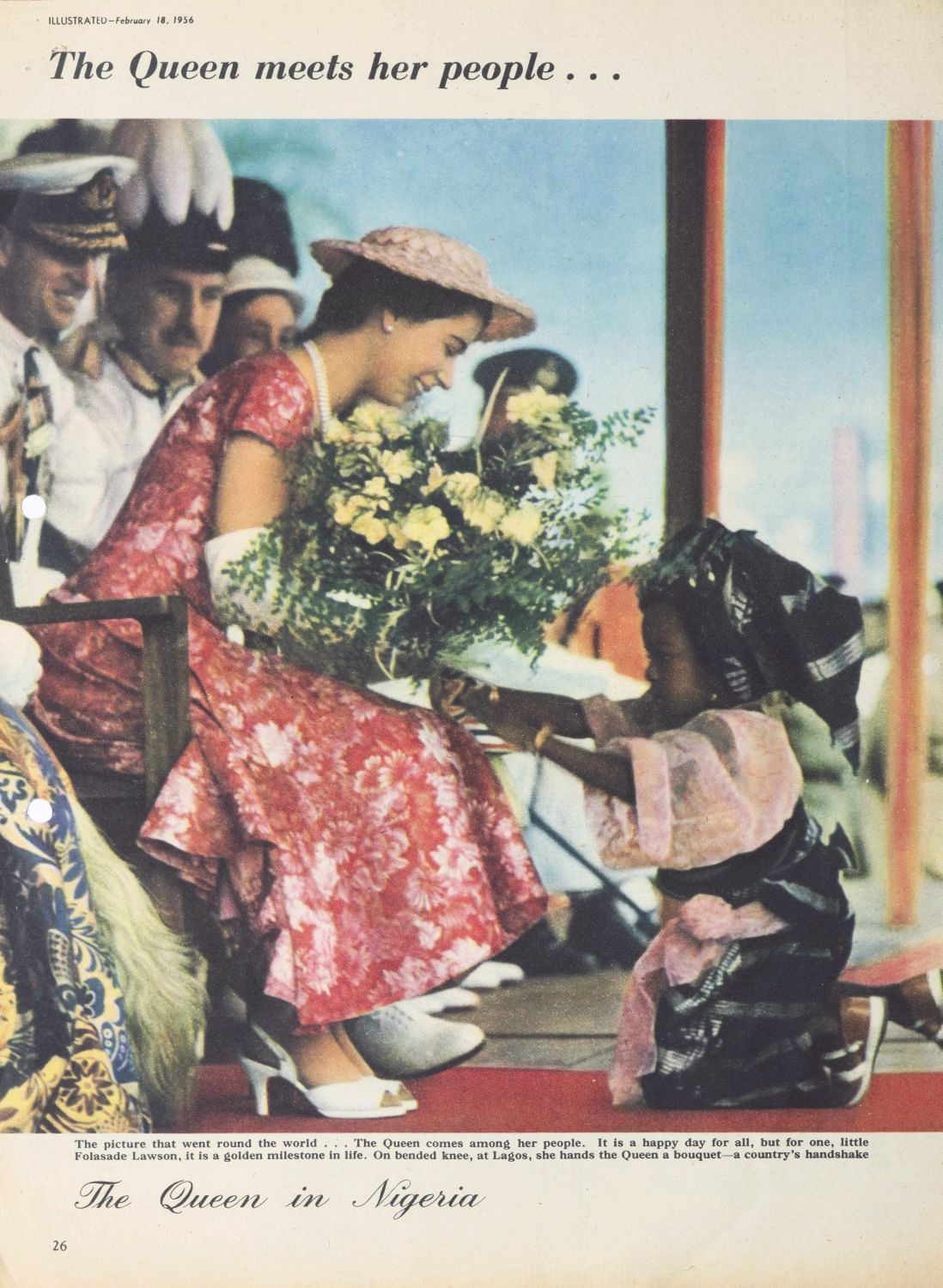 But what better reflected Brake’s new-found technique is how he photographed around the main events as well. His more lasting images are not those of pomp and ceremony, but of smaller moments amongst those present to see the Queen: the anticipation of locals, faces in the crowd, and preparations for the ceremonies. 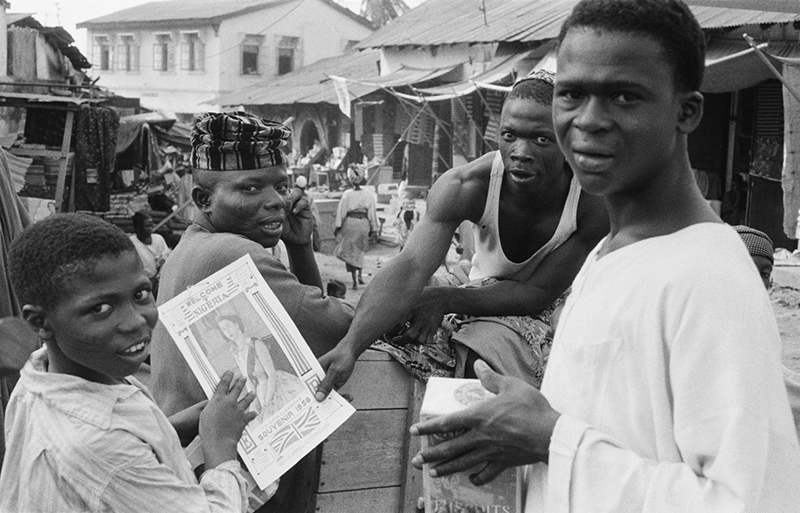 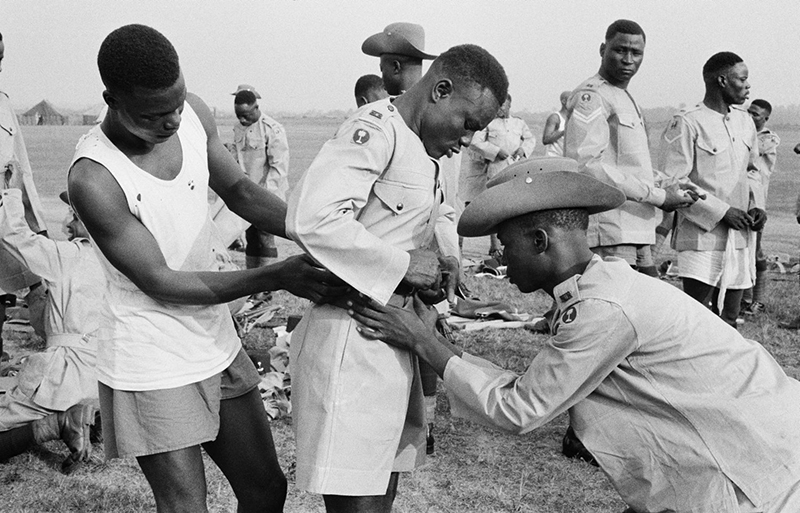 Brake went on to photograph other members of the Royal Family, including the Duke of Edinburgh’s visit to New Zealand in December 1956, and Princess Margaret’s visit to the West Indies in 1958.

His biggest assignment (and technical challenge) was photographing the wedding of Princess Margaret to Anthony Armstrong-Jones in 1960 within the dimly lit Westminster Abbey. Here the Queen was literally taking a more back seat role. 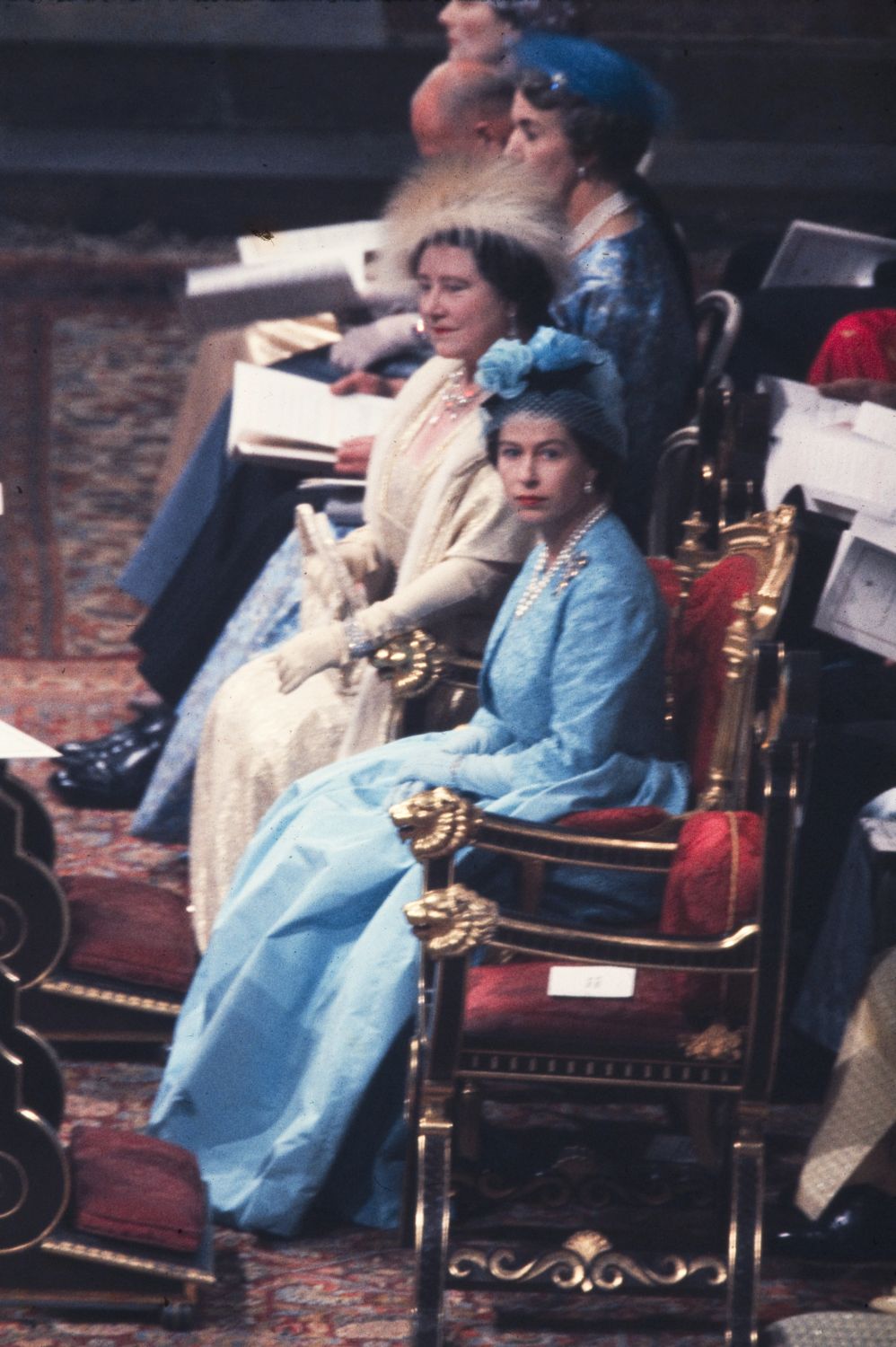