Learn about the goddess of te whare pora (the house of weaving) and the different types of weaving that are important in Aotearoa New Zealand.

Hineteiwaiwa is the principal goddess of te whare pora (the house of weaving), and she represents the arts pursued by women. She is known in Polynesia as well as Aotearoa New Zealand.

Hineteiwaiwa is also a guardian of childbirth. In the past, all female children were dedicated to her. She began the important office of ruahine, where a woman takes a critical role in ceremonies lifting the tapu

She is the head of the aho tapairu, an aristocratic female line of descent. In some iwi

iwitribesMāori | Noun, she is said to be the daughter of Tāne and Hine Rauamoa. Sometimes she is referred to as Hina, the female personification of the moon.

Weaving: A state of being

Te whare pora (the house of weaving) has been described as a ‘state of being’ as well as a place. Weavers who were initiated into this house had their levels of consciousness raised to be in a state of optimum readiness to receive knowledge. This was achieved through karakia

It was believed that the karakia endowed the student with a receptive mind and retentive memory. They would become possessed with quick understanding and a thirst for deeper knowledge. Initiated weavers became dedicated to the pursuit of a complete knowledge of weaving, including spiritual concepts.

Very few weavers today experience this initiation ceremony. The practice was discouraged by missionaries, who considered it anti-Christian.

Ngā mahi a te whare pora (the products and processes of the house of weaving) include the following:

Te Papa is a kaitiaki

kaitiakicaretakerMāori | Noun of many woven taonga 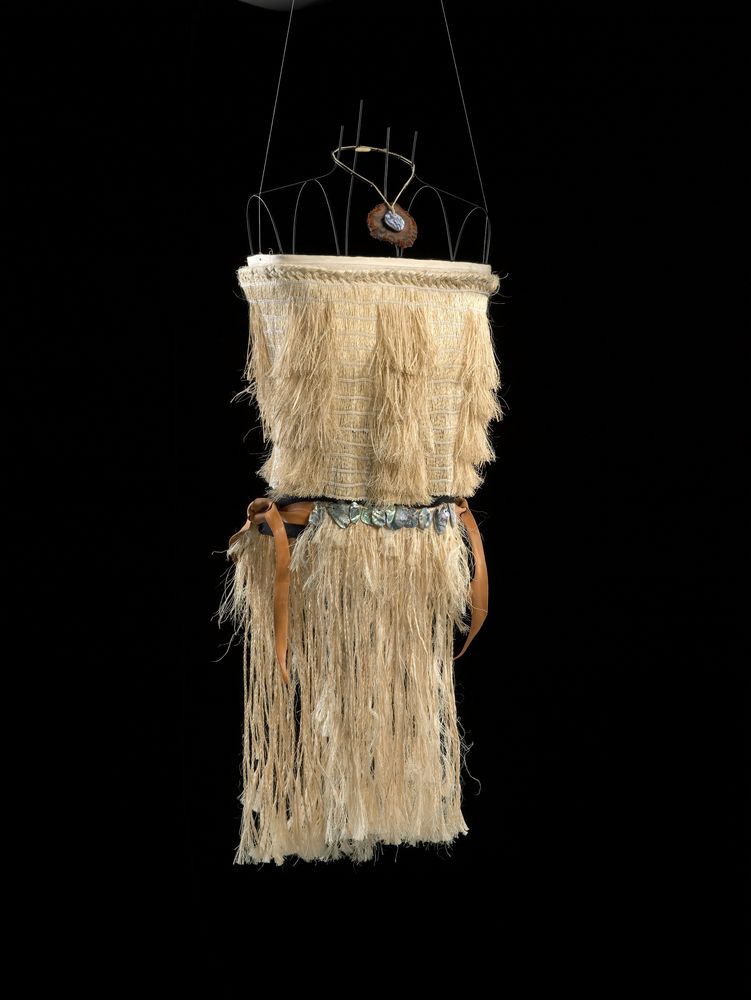 Kākahu 2000 represents ideas of cultural innovation and the continuous thread of Māori weaving as an art form. It acknowledges and represents Māori women. Kākahu 2000 is a two-piece outfit, a maro (body covering worn round the waist) and a bodice. These are made from woven muka (flax fibre), kiekie, silk thread, leather, and pāua shell.

This work was created by Kohae Grace, of Ngāti Toa Rangatira, Ngāti Raukawa, Te Āti Awa, and Ngāti Porou descent. Her intention was to create new and fashionable kākahu (clothing) using the techniques and materials of her tīpuna (ancestors). 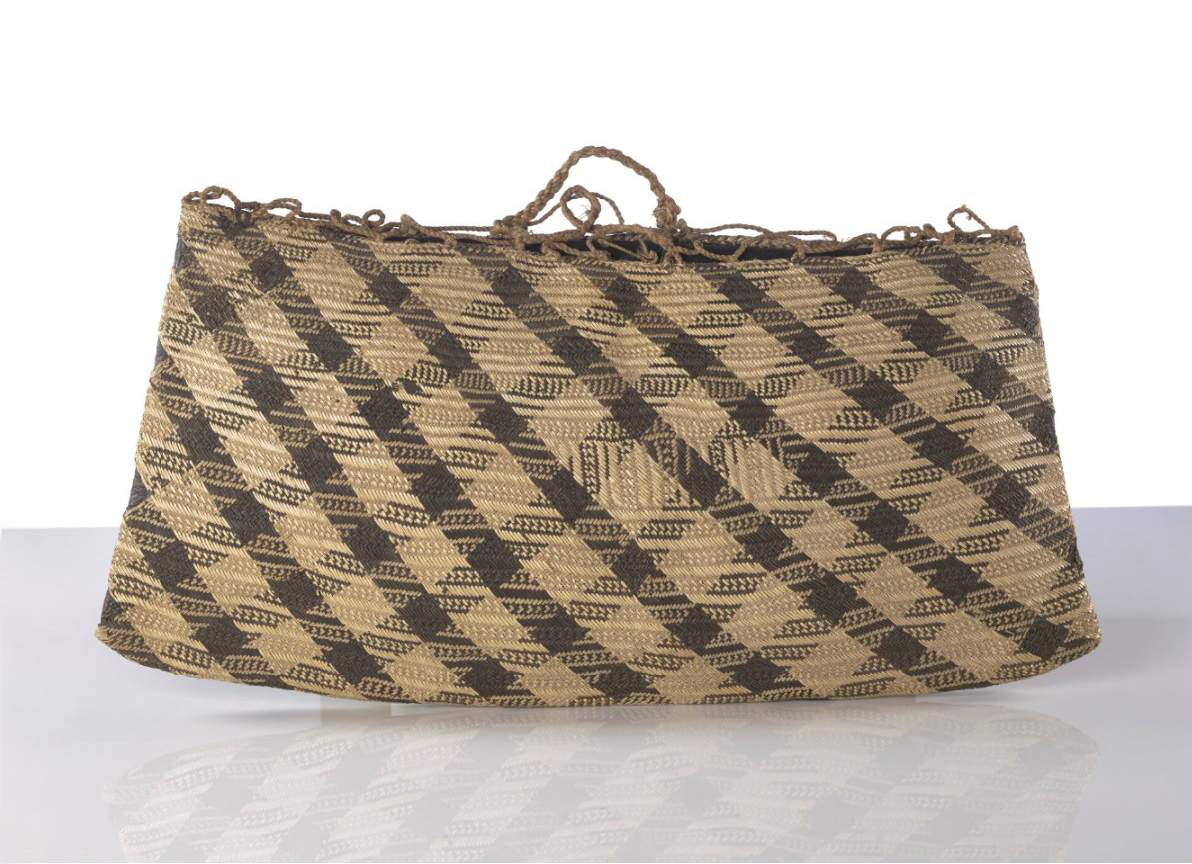 This kete whakairo (patterned bag) is made from finely woven harakeke. It has an open pattern of black and brown–yellow colours. The kete’s iwi origin is currently unknown. It is thought to be the oldest documented kete in Te Papa’s collection.

This contemporary hieke (rain cape) was woven by Te Aue Davis of Ngāti Maniapoto. Te Aue’s interest in making pākē (capes) from neinei (Dracophyllum latifolium) was kindled after her kaumātua from Otaua Marae in Kaikohe described the waterproof qualities of neinei when collected at a particular time.

The backing of the hieke is woven from muka (flax fibre), with three types of tags woven into it. The reddish tags are made from neinei. These are water-resistant. The white kiekie (Freycinetia) and gold pīngao (Desmoschoenus) tags are more traditional in such capes.