Nights in the Maramataka | the Māori lunar month

Discover the nights in the Māori lunar month, and the activities related to them.

The Māori lunar calendar is called the Maramataka, which literally means the turning of the moon. It marks the phases of the moon in a lunar month.

Each night, which also typically marks a day, was given a name and over time each day/night was accompanied by information guiding fishing, gardening, and other activities in the natural world.

During a typical lunar month, some days are noted as being favourable for resource harvesting, whereas other days are known to be unfavourable. 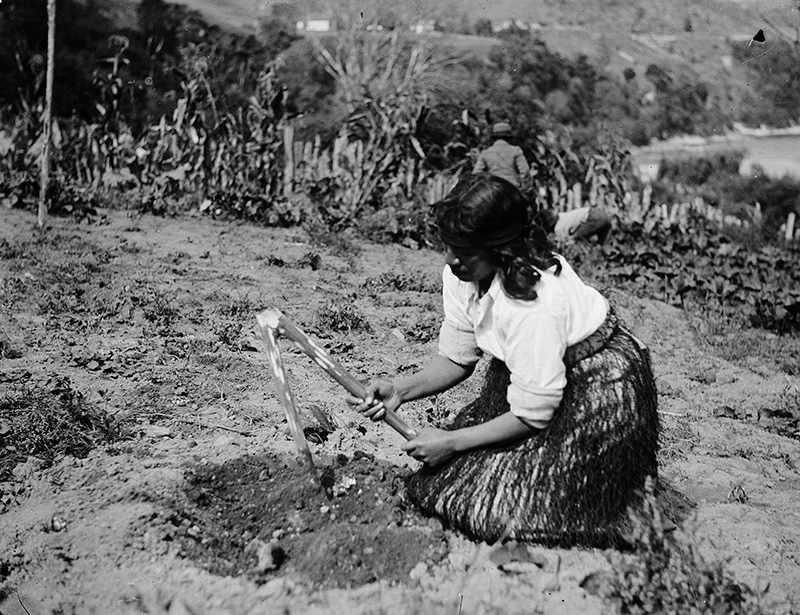 A typical lunar month cycle lasts for 29.53 days. Each night carries a name according to the Maramataka. For example, Whiro is the first night of the new moon, Tirea is the second night, and so on until Mutuwhenua, the last night.

The cycle starts again with the appearance of the next new moon, with Whiro, Tirea, and so on.

The following names for the days of the lunar month have been taken from the Maramataka of a number of iwi. The differences are only in the sequence of the phases. As many names were similar, the Māori Language Commission decided to use those employed by the majority.

*All images of the moon courtesy of Maurice Collins

Using the moon to understand nature

The Maramataka below was taken from a 1918 book by ethnologist Elsdon Best. It was provided to him by Rev. Metara Te Aomarere of Ōtaki, but the calendar itself was credited to Mita Te Tai.

It names the 29.53 nights in the lunar calendar and the symbols next to each night represent how favourable the night was for certain food gathering activities.

For instance, straight lines indicated good nights for line fishing, and black dots for fishing by torchlight. A night such as Whiro, with a dot and a line, was good for both.

A night such as Atua ‘is always condemned as unlucky for all forms of food-seeking’. 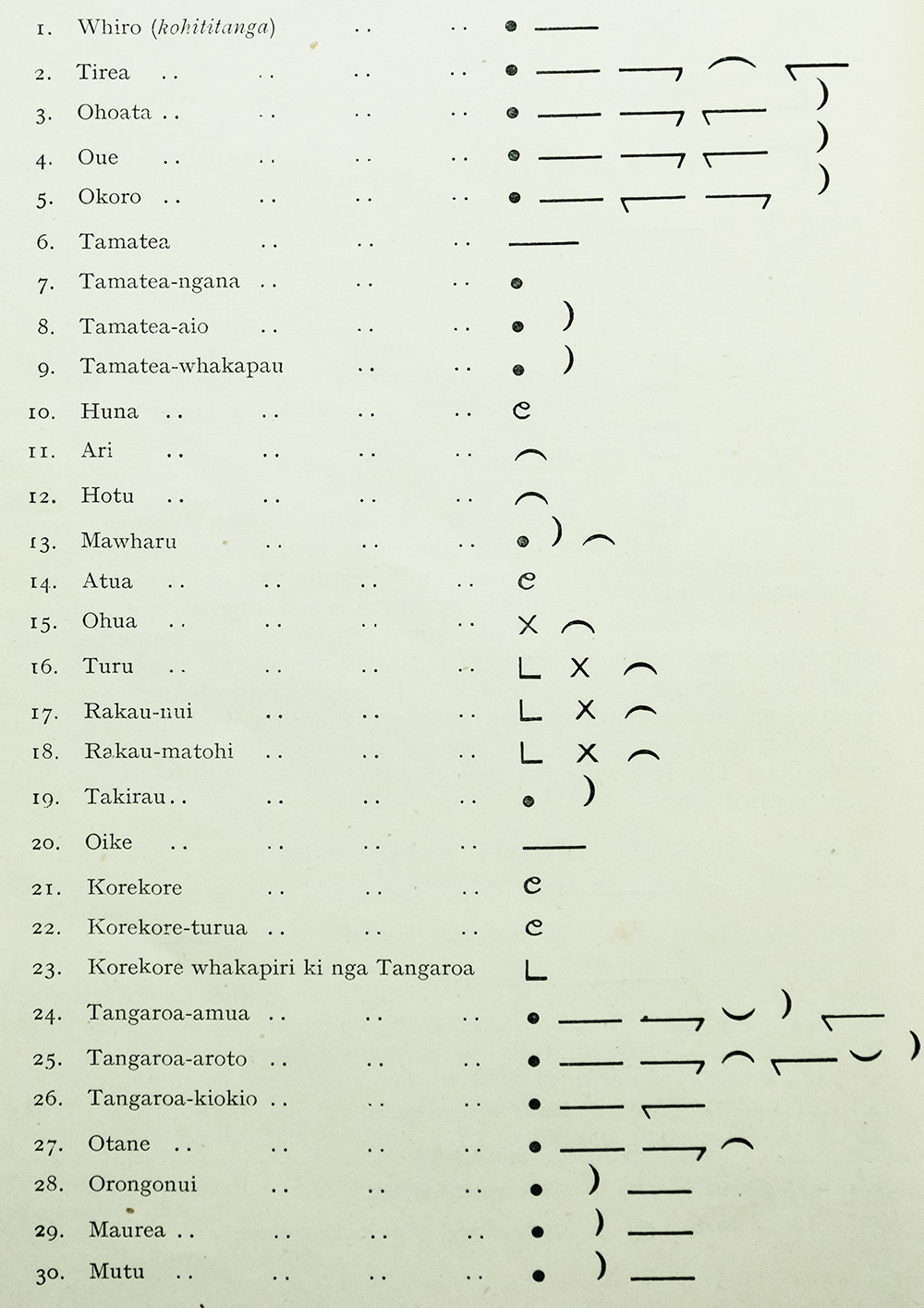 A Maramataka from a book by Elsdon Best, Fishing methods and devices of the Maori. Dominion Museum, 1929, p. 94

Do people still use the lunar days today?

Fishing and planting food by the way of the moon, the tides, and the elements is still common today – and so the Maramataka still plays an important part in people’s lifestyle.

For example, eel fishing is not productive on the full moon (Rākaunui) because bright moon light would not allow the eel to hunt as its prey could see them. Eels don’t have very good eyesight, and generally avoid bright conditions. They tend to hunt and be more active when the conditions favour their sensory systems (smell, vibrations). 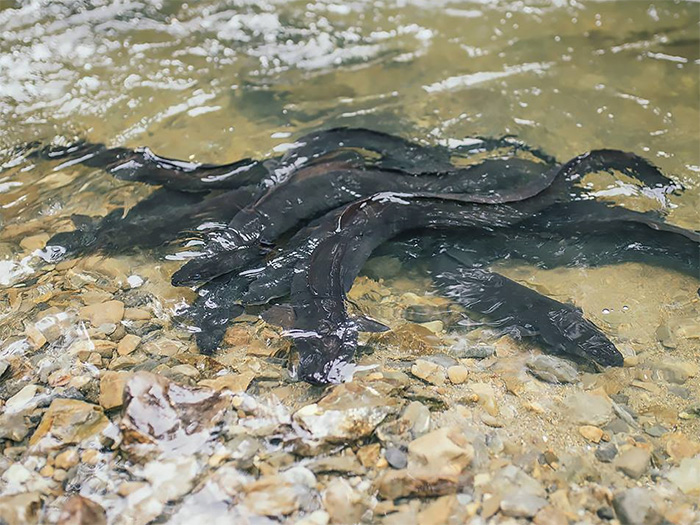 Shellfish tend to be more common after a low tide as there’s more reef or beach to access with a spring tide – and the tides are controlled by the moon’s current phase.

When it comes to planting crops the gravitational pull of the moon is thought by some to influence how much water is in the soil. The amount of light coming from the moon may be another contributing factor. This may be why, according to the Maramataka, there are good and bad days for planting seeds.