The Mispronunciation Issue: Why it matters

In this feature, Māori reveal how mispronouncing their names diminishes the deeply personal meanings their names hold. The next feature in the series will look at the responsibilities of all New Zealanders to protect Māori names.

For many Māori, their name tells the story of their history, their home, and their whakapapa.

Te Whare Kotua Davis carries the name of his ancestors. He has travelled the world and has lived in places as far away as Guatemala and Mexico, and his name is a constant reminder of his tūrangawaewae – of where he belongs.

“Te Whare Kotua was a church that stood in my home town. When the church fell, the named lived on in one of my ancestors who was a warrior and master carver.”

He says whenever that name is mentioned anywhere in New Zealand he knows it can be traced to his Tūhoe iwi. 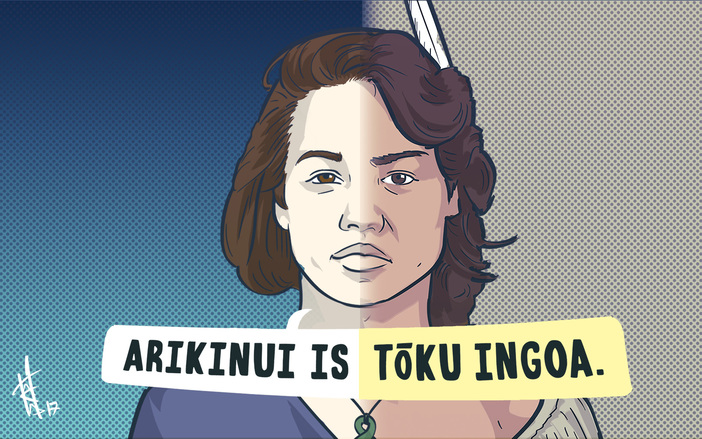 Like many Māori, the connection between the person and the name that they hold often runs deep. Like Te Whare Kotua, Māori names can be an indicator of where you are from.

But, like all words, Māori names said incorrectly can change its meaning and Te Whare Kotua knows too well just how demoralising that can feel.

“I was at an airport when an officer looked at my name, stopped and asked, ‘Is it Tee?’ then, ‘Is it Tey?’ Afterwards he just said, ‘Oh, I’m not gonna bother’, and then he called me Mr. Davis.”

Te Whare Kotua says it was the first time he felt offended at someone pronouncing his name wrong.

“Growing up it was more just feeling uncomfortable when it happened but at that moment I just realised, here was this guy who saw my name and just disregarded it and said what was easiest at the time.”

Te Kura Māori o Porirua teacher Jack Paenga Baker says this lack of effort or any instance of poor pronunciation of Māori names for that matter is unacceptable.

Put plainly, he says it would be weird to pronounce English names wrong and it’s no different with Māori names.

“Your identity goes with your name. Everything you think you are, is in your name – it is your connection to your home and your whakapapa.”

He says most Māori are either named after an ancestor or are named after feelings or experiences associated with the child’s birth.

For instance, a Māori baby might be named “Aroha” meaning “love”, he says.

“Mispronunciation is a type of ignorance. When people do it, they aren’t acknowledging the potential foundations of what a name is built on.”

Ngareta-Samuel Marshall’s name was passed down to her through her family line.

Ngareta says she holds her name close to her heart but can recall many times when it has been said in a range of variations – each version distinctly different from the name given to her when she was born.

“Nga-rika and Nga-reyta are just some of the usual ones. I don’t get offended now, I just feel embarrassed for them.”

She says it is important Māori names are said correctly because like Ngareta, te reo Māori was born in Aotearoa.

“People should put in the effort. Te reo Māori is the original language of this country – it deserves that respect.”