Many Māori have developed thick skins when it comes to the mispronunciation of their names. It is easier to brush it off and walk away than front-up to the people who are doing it.

But it is vital to do exactly that, says Shelley Rutene, who learned a valuable lesson about facing the issue in primary school 38 years ago.

As a 10-year-old, she sat in class one day while the new Māori teacher read out the class roll for the first time. She recalls vividly the moment her teacher said her full name aloud, every sound said exactly how it is supposed to.

Shelley, who grew up in a Pākehā school and community, rarely ever heard her name pronounced correctly.

“I remember the whole class giggled because they thought the teacher was saying it wrong. My teacher later came up to me and asked, ‘You’re Māori aren’t you?’ I shrugged, and then she said, ‘Do you know that’s how you say your name?’”

Shelley says it was a moment she will never forget.

“It was then I realised mispronunciation becomes so normal when no one steps up or says anything to change it. Those kids laughed because they had always known my last name to be said incorrectly and I had never done anything to correct them.” 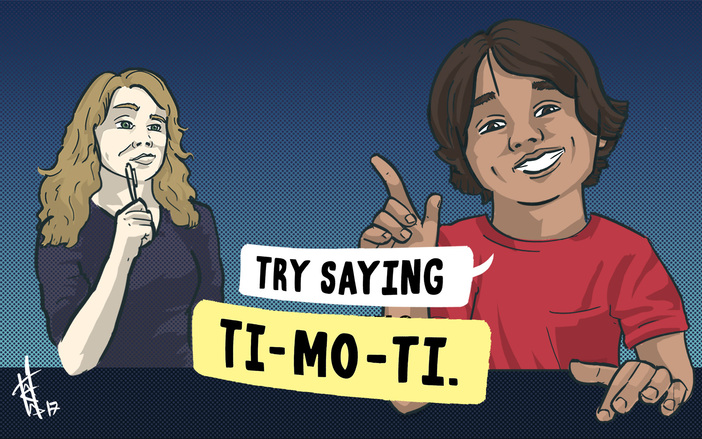 She says this is because many Māori have negative experiences with people who haven’t given value to their name, or they’ve just given up.

“If you’re on the receiving end, it’s about plucking up the courage to make the person who has said it wrong, actually aware. You don’t have to be angry or upset, just as long as you say something.”

Te Ataahia says it shouldn’t really be up to Māori to correct others, but rather others to do more to correct themselves. In her classes she has an entire section on pronunciation.

“Almost every Māori sound we have exists in English phonetics. It is almost impossible for an English language speaker to mispronounce Māori names if they try.”

She says once students learn how to pronounce Māori letters, when they then read a Māori letter or word incorrectly it’s not because of mispronunciation, it’s because of bad habit.

“The key thing to do when you see a Māori word is to just stop, breathe, think for one second longer and then try and say it. Mispronunciation is something people need to actively fix themselves – go out and learn, look online, or ask any Māori how to say things so that it stops happening.”

Natalia Wirangatakina, a te reo Māori teacher at Newlands College, says it comes down to laziness when people mispronounce names.

“When we look at linguistic research we can see that everybody in the world is capable of making the same sounds – it may require some time, but it is absolutely possible.”

She says she has worked alongside people from all different language backgrounds and countries, and is yet to find someone who simply cannot say Māori words correctly.

“They still have their accent of course, but I’ve met people from different countries who can pronounce Māori words better than Pākehā who live in New Zealand.”

“It’s time we uphold the mana of a name by saying it correctly,” she says.