Angela Wanhalla is disrupting the narrative of our colonial history.

When I was taught certain things about New Zealand history in high school I took them as objective truth. When teachers told me that Abel Tasman discovered New Zealand, I absorbed that information as truth even as my bones knew that Māori had been here long before. When my education prioritised teaching about World War One and the Vietnam War, I was not able to stop and think about the ways in which this information was relevant – or not relevant – to me, and the nuances of these histories that were unseen.

Where are our histories preserved? In statues dedicated to Pākehā men in our parks and town squares. In stale documentaries that prioritise certain dominant voices and neglect others. We know that the media has a bias, but we are not critical of history in the same way. But history is written by humans.

Last week I had a kōrero

kōrerodiscussionMāori | Noun with historian Angela Wanhalla. She is of Kai Tahu descent, and has whakapapa

hapūsubtribeMāori | Noun. Her new book with Lachy Paterson brings forth a rich puna of historical knowledge that is not often talked about. That is the voice of wāhine Māoriwāhine Māori Māori women. Her book He Reo Wāhine disrupts the narrative of our colonial history, bringing to light the voices of our wāhine

What are your areas of interest? And what questions do you ask yourself when you’re doing your kind of research?

A lot of my interest in history is to do with women’s history and Māori history. That goes back to my PhD, which was on the history of a community who lived in a reserve on the northern banks of the Taieri River in Otago. The reason why I studied that community was because my family have a connection to it through my father, and my dad never knew very much about it.

One thing I find with New Zealand history is that, particularly for the colonial view of looking at the 19th century, Māori women don’t really feature very strongly in it. Often because it’s said that there aren’t any sources available to tell their stories – and by that I mean the kind of sources that historians would traditionally use. We want to think about how we might respond to an argument that’s been made that there just aren’t the sources out there.

I’ve heard that as an indigenous people, we have the greatest written record of our language because of things like letters in archives. This is information that we can’t really use properly because of the volume of it. In writing this book, what was your encounter with that archive?

There is a huge, rich, wonderful archive of Māori writing available. You’ve got Māori sending huge numbers of letters to officials. Sometimes as friends, but often to complain about injustices. There are also lots of petitions that Māori send to the government during the 19th century. These women just loved sending letters to each other, and they could see how letters in particular fitted really beautifully within oral culture. There’s a huge wealth of material out there that historians can work with but, because quite a lot of it is in te reo Māori

te reo Māorithe Māori languageMāori | Noun, not a lot of historians are making use of it. 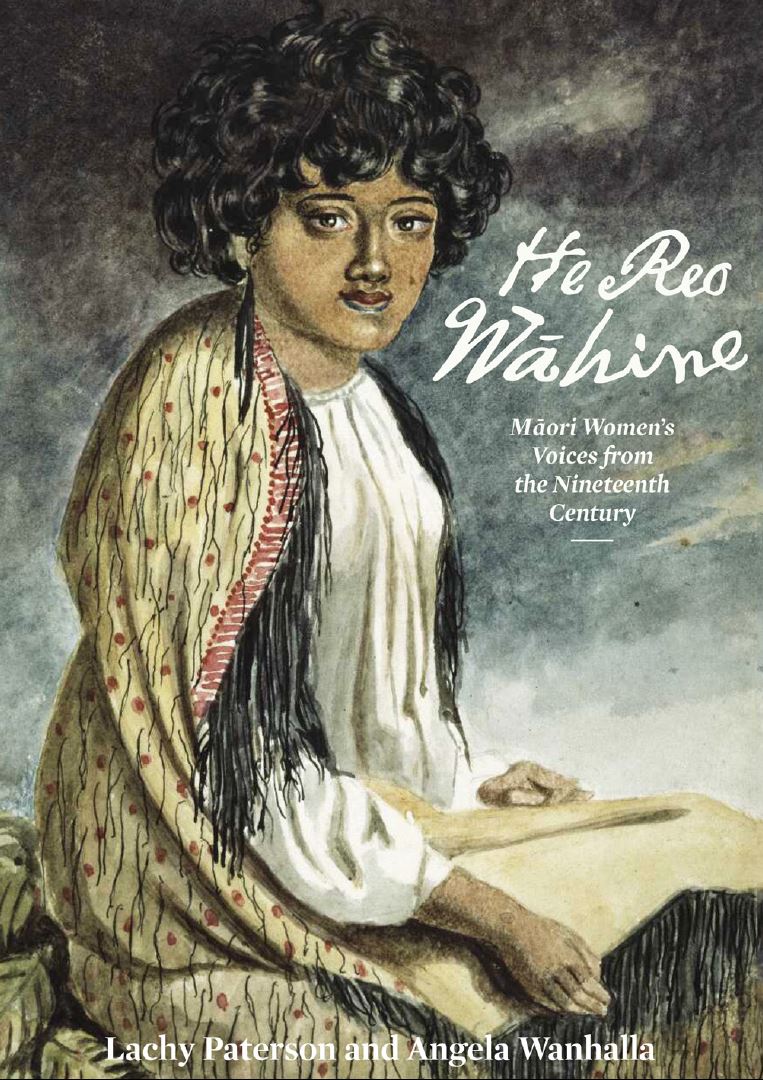 Front cover of He Reo Wāhine, by Lachy Paterson and Angela Wanhalla, Auckland University Press, 2017. Copyright The University of Auckland

I saw a quote from the book – “Do not think that this letter is from a man. No, I am a woman who wrote this letter.” (Kataraina Kahuwahine). Do you think that the resources you encountered challenge the narrative of what we are told about Māori women in the 19th century?

Like you, I really like that quote because it indicates that often we assume that people who are writing in the 19th century are men. It shows from that woman’s perspective that she didn’t want a colonial official to simply see this as a man’s voice or perspective. Māori women in the 19th century are deeply engaged, and they had a perspective and a voice. They were willing to engage with the state as much as they possibly could to register those injustices at the feet of colonial officials.

We get to hear Māori women say that and say how they experience the effects of colonialism in their communities. It’s also bringing in slightly different communities that we don’t always hear about in history books. What was really exciting for me on a personal level was to see that women from that community were writing and petitioning and they feature in the chapter that’s focused on petitions.

Why do you think the women that are doing these petitions, writing these letters to officials, aren’t remembered or aren’t known about?

I think they are remembered in their communities and in their families. They just haven’t been foregrounded as much as they possibly could in our written histories. We’ve seen that kind of trend here where New Zealand history wasn’t at all of interest to New Zealanders. It wasn’t a part of the academy until around the 1950s and 1960s. The history that New Zealanders read and got taught at school was British history, the history of other places, not the history of us. In the 1970s and 1980s feminist scholars were coming to the floor. Also, at the same time we’ve got the growth of Māori history where Māori historians were also saying the same thing – we need to look at Māori history too.

What is the importance for you (as a Māori woman) of writing books like this, of bringing these materials to light? Why do this work?

As a Māori woman, but also as a historian, I’m really passionate about telling histories that matter to people. I think the stories that are in He Reo Wāhine will matter to a lot of people because they will see their tūpuna

tūpunaancestorsMāori | Noun there and they’ll see the people that they can really admire represented in this book. I want to write histories where my father can recognise himself in it and he can recognise his family. Where my brother and sister can recognise themselves too. I think that historians have to do our best to actually represent the diversity of the past in the present day, as much as we possibly can. Because if we don’t, we effectively exclude people from history. And I don’t want to write histories that exclude. That’s why He Reo Wāhine exists.

More information about He Reo Wāhine, including sample pages