What are we without te reo Māori?

A call to kōrero from Curator Mātauranga Māori Matariki Williams, who is guest-editing for The Wireless for Te Wiki o te reo Māori.

We went around the table, taking turns to answer the question, and it was evident that “disruption” was a dominant aspect of people’s relationship with te reo. Though many had been through kōhanga reo or kura kaupapa, for most this was interrupted at some point. For the native speakers present, there was disruption in their whakapapa

whānaufamilyMāori | Noun were facing it.

For me, te reo has always been on the periphery of my life, something that comes with not being a native speaker. Growing up, te reo may have been at the edges, but it was always there. Being Tūhoe and heading home to Rūātoki meant our reoreo language, dialect, tongue, speech was inescapable but as a child who was unable to understand it, it was white noise. Thinking about that now, it saddens me to realise how much I would’ve heard but was unable to understand.

Having children made me think again about my relationship with te reo. After becoming fluent-ish while attending university, my competency lessened while overseas and away from other speakers. I’d always said that I would speak to my kids in te reo so as to save them the labour of having to rediscover their reo at a later stage. This was easier said than done and I adopted an attitude of “I’ll get to that later”.

Complacency is a slippery slope, when you start on one pathway it’s hard to get off it, and I had continued on the assumption that one day we would move home and they could be immersed in their own reo. This halcyon "one day" of our future has not yet materialised and every day, they grow older. Again, I am faced with the question, “What is te reo Māori to me? To my children?” 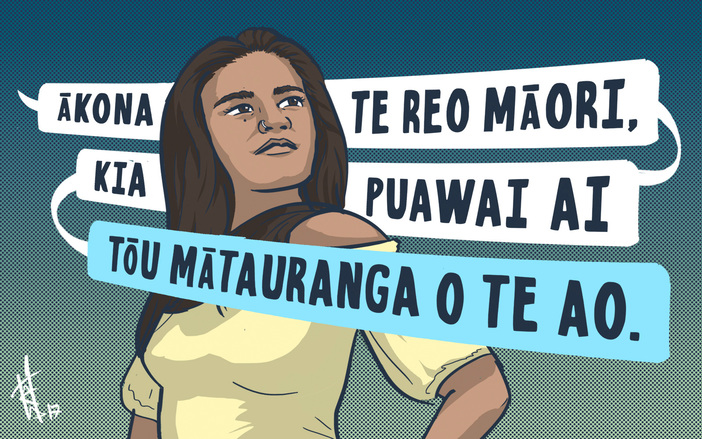 Sharing personal stories during the wānanga

wānangaworkshopMāori | Noun was an awe-inspiring experience. However, there was a reality check in the form of a kōrero

Wayne also happens to be the chair of Te Taura Whiri i Te Reo Māori | The Māori Language Commission. Wayne talked to us about the ‘state’ of the Māori language, that diagnostic way that statistics force us to view our reo by. It’s easy to have such damning numbers wash over you, for example “only four percent of all New Zealanders can speak te reo Māori” or “only 21 percent of Māori can have a conversation in te reo Māori”.

We turn from them because we want to. However, imagine the chair of Te Taura Whiri is sitting in front of you and says, point blank: “People ask me all the time if I think our language will die out. I tell them ‘yes’.” You’d cry too.

And so the question changed from “What is te reo Māori to us?” to “What are we without te reo Māori?”

I was able to look around where we were sitting, on the colourful and innovative Te Papa Marae, Rongomaraeroa

RongomaraeroaTe Papa's maraeMāori | Noun, put together by the hands of ever innovating Māori artists, underneath a carving of Māui capturing Tamanui-te-Rā, and think, “What would Māui do?” I realised that, as Maui did before him, Wayne had given us a werowero challenge , he was provoking us to change the future while it is in our hands. 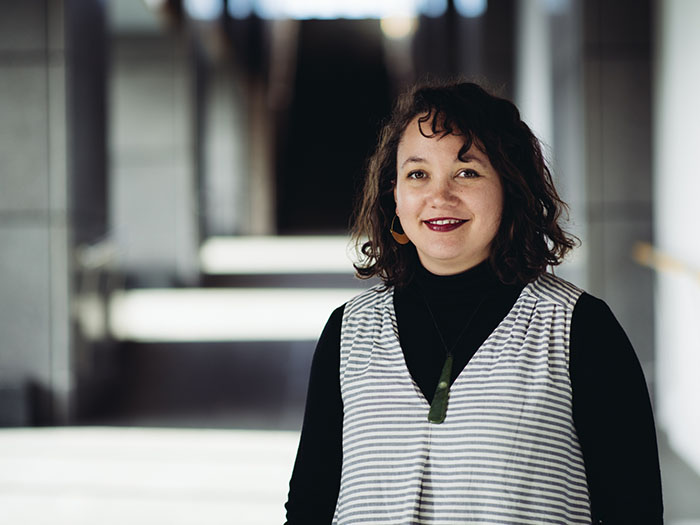 Within their work next week you will see the mamaemamae pain of loss, the pride in holding on, and the understanding that what is best for our reo is that we work together, amongst Māori and with Tauiwi. Within their work you will get a snapshot of the profound beauty of our reo, the deeper meanings behind those seemingly unpronounceable names. You will see a hope for a better future for our reo, and consequently, for our people.

With every census we see a decline in speakers, and with each year that we put learning off, is another year that gathers loss. Take this as a call to kōrero. Koinei te wero i mua i a tātou, me haere ngātahi tātou ki te whakanui i te reo Māori. Kōrerotia i ngā wā katoa, i ngā wāhi katoa, ahakoa he iti noa ngā kupu. Kia kaha tātou i raro i te tūānui o tō tātou reo rangatira. Arohatia te reo Māori.