There is a choice. Kei a koe.

A discussion point often brought up but never settled. As is the case with many Māori words, the arguments for and against whether people believe the Māori language will survive vary depending on context and circumstance. Thus the relevance of the saying, “He tōtara wāhi rua” speaks true. The tōtara has indeed been split, unfortunately.

However, as a first language learner of te reo Māori

te reo Māorithe Māori languageMāori | Noun, I have always maintained an extreme bias towards one side of this argument.

I could spend hours defending my position as to why I know the language will survive, but to do so is to buy into a narrative by the same group of people that continuously let me know of the worth of te reo Māori, or lack thereof. My position need not be justified, or defended. My language need not be put on trial to be determined by an unappreciative mind. The survival of my language need not be questioned. 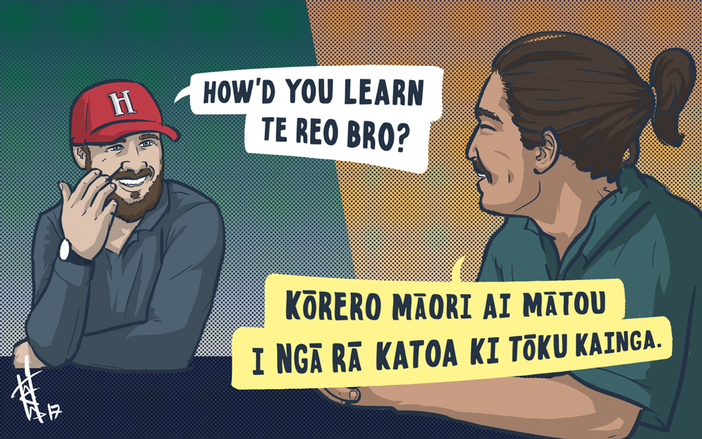 I was born to second language learners of Māori who shared the same dream, to raise a Māori speaking family.

My mother learnt under the tutelage of Ani White, while my father learnt under the firm hand of Tīmoti Kāretu. Although they were contrasting teachers for a variety of reasons, their teaching methods produced the same result: a profound passion and immeasurable love for te reo Māori and all that comes with it.

From my parent’s dream came six children, all of whom grew up with te reo Māori as a first language. As Māori-speaking siblings, and Māori-speaking parents, this offered a unique world view.

Growing up in a te reo Māori bubble, we drew from the caring environment of kōhanga reokōhanga reo Māori language preschool, and developed ourselves through the principles of Te Aho Matua. Privileged in culture and exposure to things Māori we were ignorant of outside realities, mistakenly assuming that all shopkeepers could speak Māori like our Four Square man on Clayton Road. This false sense of security only became a beam of inspiration in later years once we realised the gravity of the dream our parents wanted.

Stepping outside of the bubble, I was met with a feeling I hadn’t experienced before: Alienation by virtue of the language I preferred, a shortening of my name due to an inability to pronounce, and a reluctance to allow them to butcher it. Through these kinds of experiences, I was reminded of the significant role my parent’s dream had on my upbringing and my development.

Equipped with the values to guide, the language to use, and the passion to motivate continued use, the ability to speak Māori has developed a perspective that only comes with the nuances and minor intricacies locked within it. It has grounded me whilst navigating my way between worlds, and continuously offers closure and support when I need it. The reliance I have on te reo is more than the reliance it has on me. For this, I believe that this language will be with me and my uriuri descendants for generations.

The dream that started from two people, is now a reality for over 50 others. Influencing parents, children, and grandchildren, it has lasted four generations so far, and is looking likely to last another four generations from now. 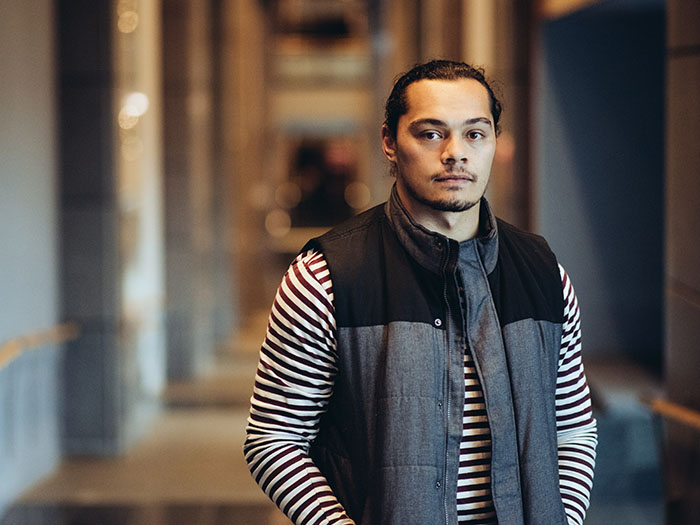 These tips are specific to my whānau and are what my siblings and I went through growing up. I do not advocate for them to be the best way to ensure survival but they are what worked for us.

All my schooling was in Māori but we mostly spoke English at home, despite my parents’ and siblings’ understanding of, and ability to speak, Māori. I grew up in and around my marae, helping sing mōteateamōteatea poetry after my dad and uncles’ whaikōrero

I grew up with the kōrero tuku iho (oral traditions) of my whānau, hapū

kuiafemale eldersMāori | Noun speaking Māori to me, my grandparents included, and fewer still of areas in my predominantly Māori community where I knew te reo Māori was the norm.

A couple years out of school, I was in my last year of my undergraduate degree taking a 300-level Māori language paper and was shocked at the state of my conversational reo: how hard it was to string basic sentences together, trying to remember the simplest of words, how it sounded to my own ears like English sentences structures using Māori words.

Since then I’ve been on a windy pathway to actually normalise te reo Māori in my life. I’ve had to take a good, honest look at the state of my reo and unlearn some lessons I’d unknowingly internalised. Hardest of all, I’ve had to accept that it was my fault my reo was so poor, no one else’s. It’s my reo, it’s my responsibility. So, here’s a list of lessons I’ve had to unlearn.

Hine Te Ariki’s iwi are Ngati Porou and Kai Tahu. She loves te reo Māori. She speaks te reo Māori to her nieces and nephews, and on the Internet in the hope that te reo Māori will survive for the coming generations.