Looking good is one thing, but male cicadas attract females by belting out a song from their tymbals.

The double drummer’s song is 120 decibels – louder than a chainsaw, and maybe the loudest song in the insect world. You humans say it sounds like high-pitched bagpipes. 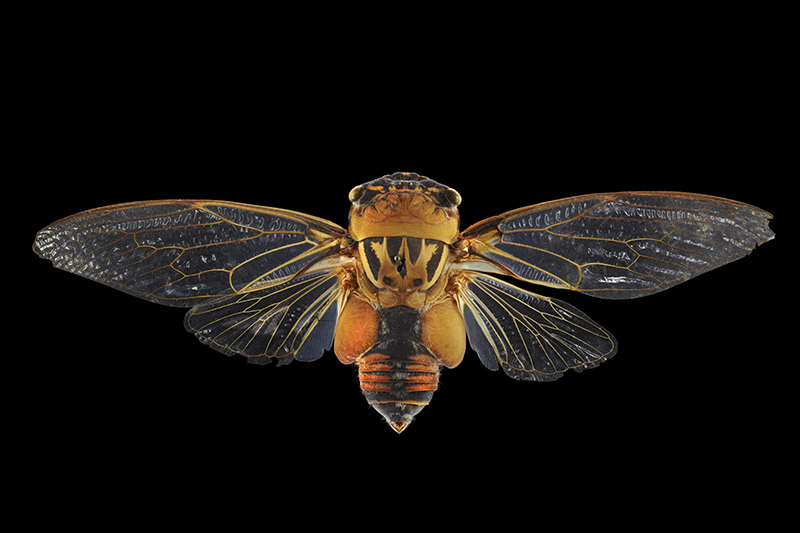 A male Priam’s blue birdwing butterfly shows off his gorgeous wings as he dances round a female. If she’s impressed (and who wouldn’t be?), she’ll agree to mate.

The female’s duller colours help her hide from predators. When males and females of a species look different, you call it sexual dimorphism.

These bugs are hungry caterpillars before they transform into butterflies. They eat non-stop, and if they run out of leaves, they start eating each other. 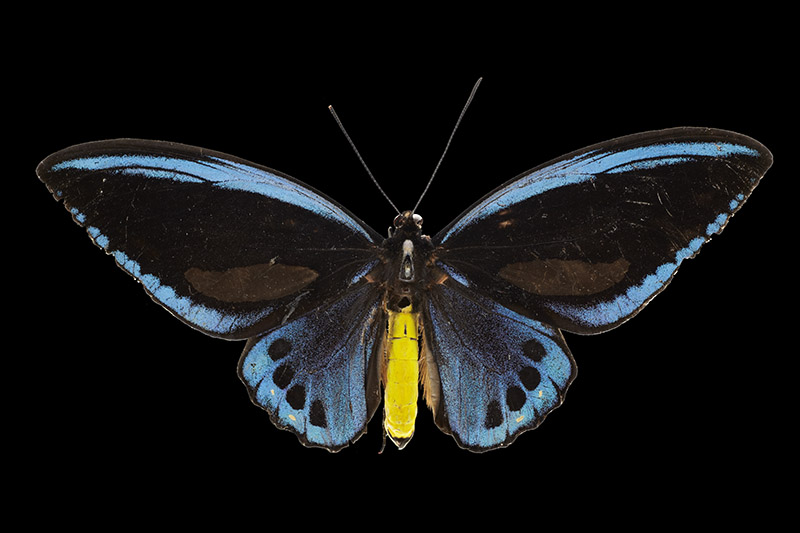 What’s long and sticky? The New Zealand giant stick insect! When it stays still, it’s so well camouflaged that predators rarely notice it. It can grow as long as a toothbrush.

Some populations of New Zealand stick insects are entirely female. These single ladies don’t need their eggs to be fertilised in order to reproduce. The word for that? Parthenogenesis. 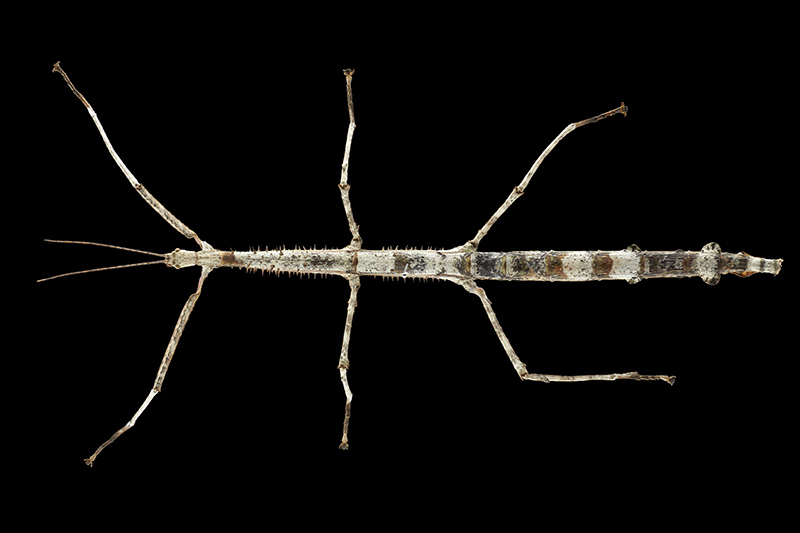 Secret: Two looks in one

An air commodore butterfly can go from colourful to camouflaged with one lift of its wings. Its brown undersides make it look like a dead leaf, not a tasty bug. A cunning way to avoid predators.

Think butterflies hang out on flowers all day? Think again. A male air commodore can’t resist the salty, nutritious water in a good mud puddle. When he mates, he gives the female some of those nutrients to help their eggs survive. 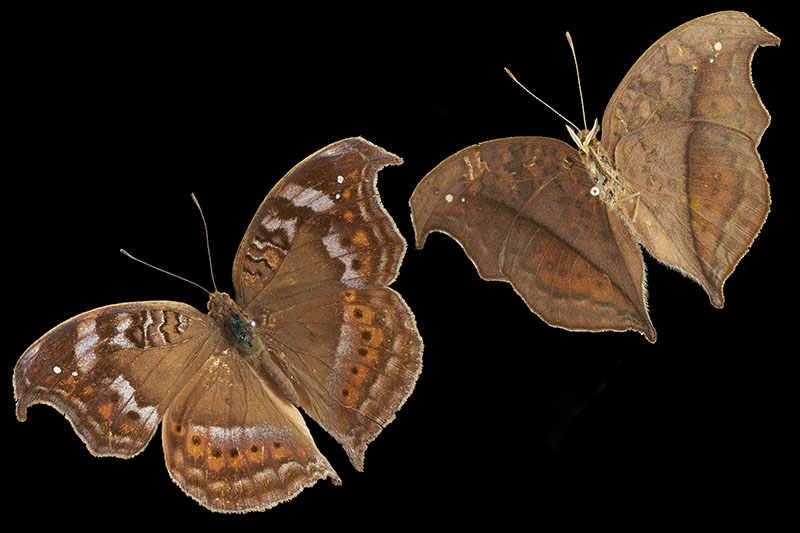 When an owl butterfly displays the undersides of its wings, it doesn’t look like a meal to small birds any more – it resembles a predator. Its spotted wings look just like owl eyes.

Most butterflies are active during the day, but owl butterflies fly at dusk. The scientist who named them probably knew that – he called them Caligo, Latin for darkness. 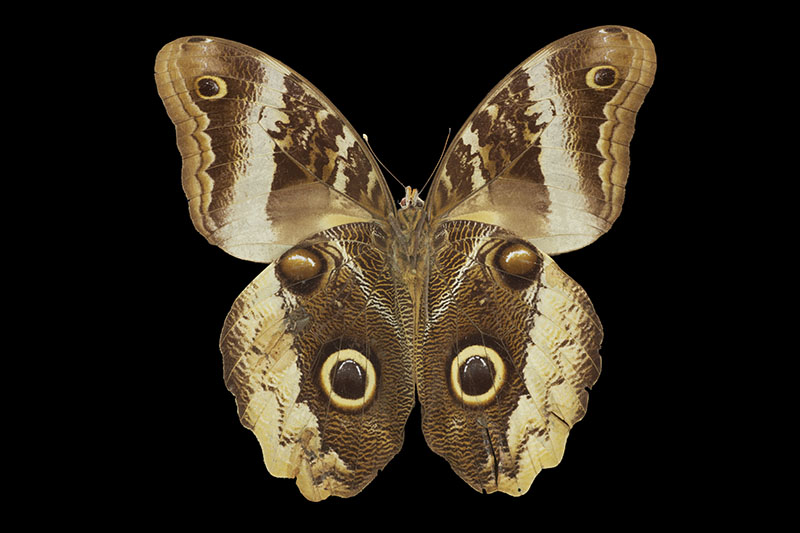 If you think this is a bumblebee, you’ve been fooled. The narrow-bordered bee hawk-moth fools predators too – those that know bees have a nasty sting. They’ll avoid it, even though it’s harmless. Sneaky. 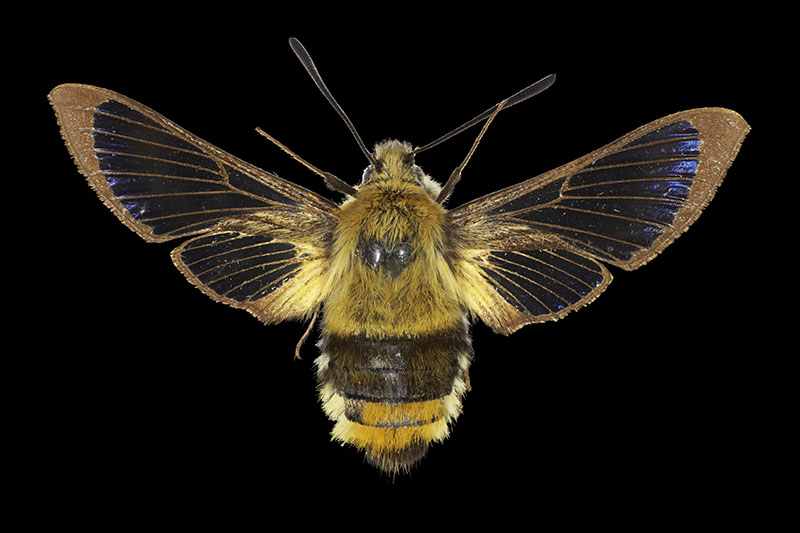 ‘Don’t eat me. I taste awful.’ That’s what the Heliconid butterfly’s bold colours announce. And it does taste bad. Any predator that tries one is unlikely to make the same mistake twice.

You might think it’s easy to identify a butterfly just by looking at its wings. But a Heliconid species in one part of the world can look very different from the same species elsewhere. On top of that, there are different species that look the same. Confused? No one said the bug world was simple…

Butterfly wing scales are usually coloured with pigment. But to appear shimmery blue, purple, or white, they have to be able to reflect light.

Nanostructures in the wings of the male royal jewel butterfly reflect blue light to attract mates.

The tiny scales on a butterfly’s wings can be rubbed off. Losing too many is deadly, but losing a few can save the butterfly’s life. If it gets stuck in a spider’s web, it can pull itself free by leaving some scales behind. 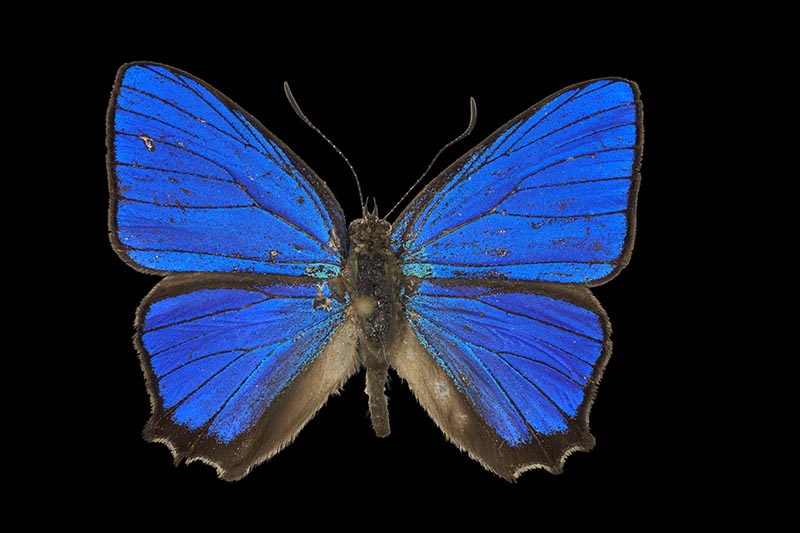